An international conference began this week in Montreal with a target that's more complex than it sounds – protecting 30% of nature by 2030. Countries are debating what conservation actions should count and how to pay for them. 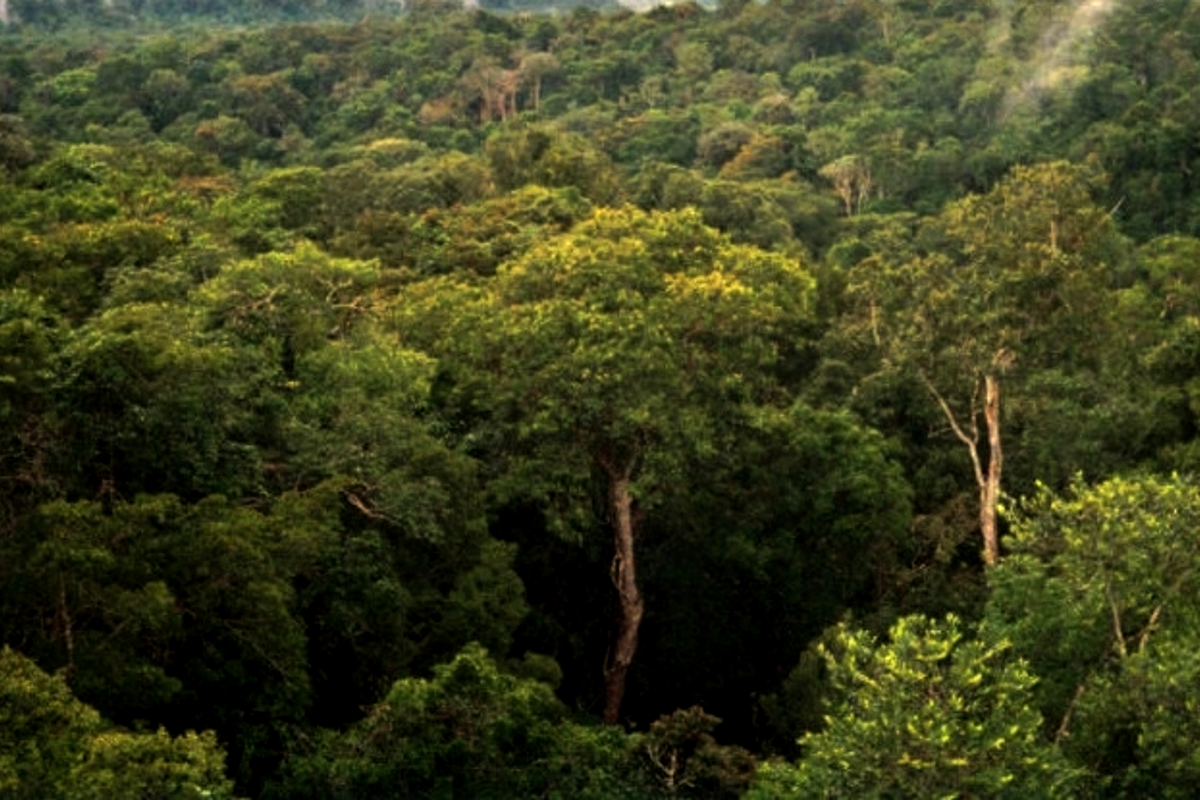 As talks began this week to agree a global pact to protect nature at the COP15 biodiversity summit in Montreal, one target was expected to become a leading focus of negotiations: “30 by 30.”

The draft pledge – to protect at least 30% of the planet’s land and oceans by 2030, also known as 30×30 – has gained wide support from more than 110 nations including the United States, it was revealed at last month’s COP27 climate summit in Egypt.

The 30×30 pledge aims to curb biodiversity loss by protecting more natural areas such as parks, seas, forests and wildernesses.

Driven by human actions like deforestation and pollution, up to one million of Earth’s estimated eight million plant, insect and animal species are at risk of extinction, many within decades, an international scientific report warned in 2019.

So what does 30 by 30 mean in practice, and how could it help the world’s at-risk nature?

The world currently protects about 17% of its land and inland water areas, and less than 8% of marine and coastal areas, according to a U.N. report released last year.

But as countries seek to boost these numbers in Montreal, environmental experts and activists say it is not just the headline figures of 30% by 2030 that will be up for debate.

For example, there is uncertainty around whether the targets should include international waters, which are subject to separate U.N. negotiations for a high-seas biodiversity treaty.

Oscar Soria of advocacy group Avaaz said there is also a concern that 30% could be interpreted as a national figure, which could give countries with vast forested areas like Brazil and Indonesia political cover to keep cutting down forests.

“Of course, the targets are global, but politicians behind 30 by 30 have played with the confusion between national and global targets,” said Soria, a campaign director.

What counts as a protected area?

Protected areas refer to clearly defined geographical spaces of land or ocean that are conserved long term to safeguard their rich biodiversity, the environmental benefits they provide and their cultural value, according to the International Union for Conservation of Nature (IUCN).

However, environmentalists say the quality of protected areas also matters, such as where they are located and how they are run.

Experts from the IUCN have called for them to include globally significant biodiversity, to be effectively governed and managed, representative of global ecology, and well-connected with other protected areas.

“The question is whether they will be able to agree on all of those technical aspects,” said Charles Barber, director of natural resources governance and policy at the World Resources Institute (WRI), a U.S.-based think tank.

Barber said there are several complex issues facing COP15 negotiators in deciding which natural areas should count as protected, and the diversity of the planet’s nature means it is hard to find a “one-size-fits-all” approach.

As with “loss and damage” at COP27, where a committee was established to recommend new funding arrangements for worst-hit climate nations, Barber said he expects COP15 negotiators to create a technical working group to iron these issues out.

What role do indigenous peoples play?

A large proportion of the world’s remaining biodiversity lies within the traditional lands of indigenous peoples and local communities, such as tropical and boreal forests.

One criticism of nature protection has been that such communities have been evicted from their lands in the process of setting up protected areas – a practice often referred to as “fortress conservation”.

More than 250,000 people in 15 countries were evicted because of protected areas from 1990 to 2014, according to data compiled by the Rights and Resources Initiative, a group that works on forests and local development.

Valérie Courtois, a professional forester and director of the Indigenous Leadership Initiative, said COP15 should recognize the rights and responsibilities of indigenous peoples and respect their conservation leadership on these lands.

She said indigenous people offer a “global model” for sustainable stewardship, and in Canada they usually protect over 60% of their territories.

“This is the path out of the climate and biodiversity crises: if we take care of the land, the land takes care of us,” Courtois said. “We are glad to see Canada and the rest of the world starting to catch up with indigenous ambitions.”

According to a 2020 report from the World Economic Forum, more than half of the world’s total GDP is dependent on nature and its services, which means nature loss poses a significant risk to the world’s economic health.

However, there are costs associated with conservation – particularly for biodiversity-rich developing countries that lack sufficient resources – such as the tropical rainforests in Brazil and Indonesia, which are yet to back the 30 by 30 goal.

Another issue is making sure that funding gets to where it is needed, such as to indigenous communities which face growing threats from loggers, miners and other private interests.

Research released in September by two nonprofits found that only a small fraction of funding for conservation efforts by indigenous and local groups has been reaching the frontline.

According to IUCN experts, 30 by 30 is the minimum target that politicians should be aiming for in a new global pact for nature, with many studies calling for up to 70% or even higher.

Similarly, a U.N. Intergovernmental Panel on Climate Change report said earlier this year that maintaining biodiversity and the services it provides to people relies on conserving 30% to 50% of the Earth’s land and oceans.

As a result, some green groups say the global conservation goal should be more ambitious – including Avaaz, which has called for at least 50%.

“The target needs to be science-based, therefore the ambition target should be higher,” Soria said.

Jack Graham is a London-based climate correspondent for Thomson Reuters Foundation, the charitable arm of Thomson Reuters, publisher of the Reuters news service. Context, which published this article, is a media platform of the foundation. Its reporting focuses on the interdependent issues of climate change, the impact of technology on society and inclusive economies.