Analysis: What candidates say (and don’t say) on their campaign websites

We examined the websites of the Republican and Democratic candidates for Texas governor, land commissioner and railroad commissioner. Their discussions of issues weren’t always what you might expect. 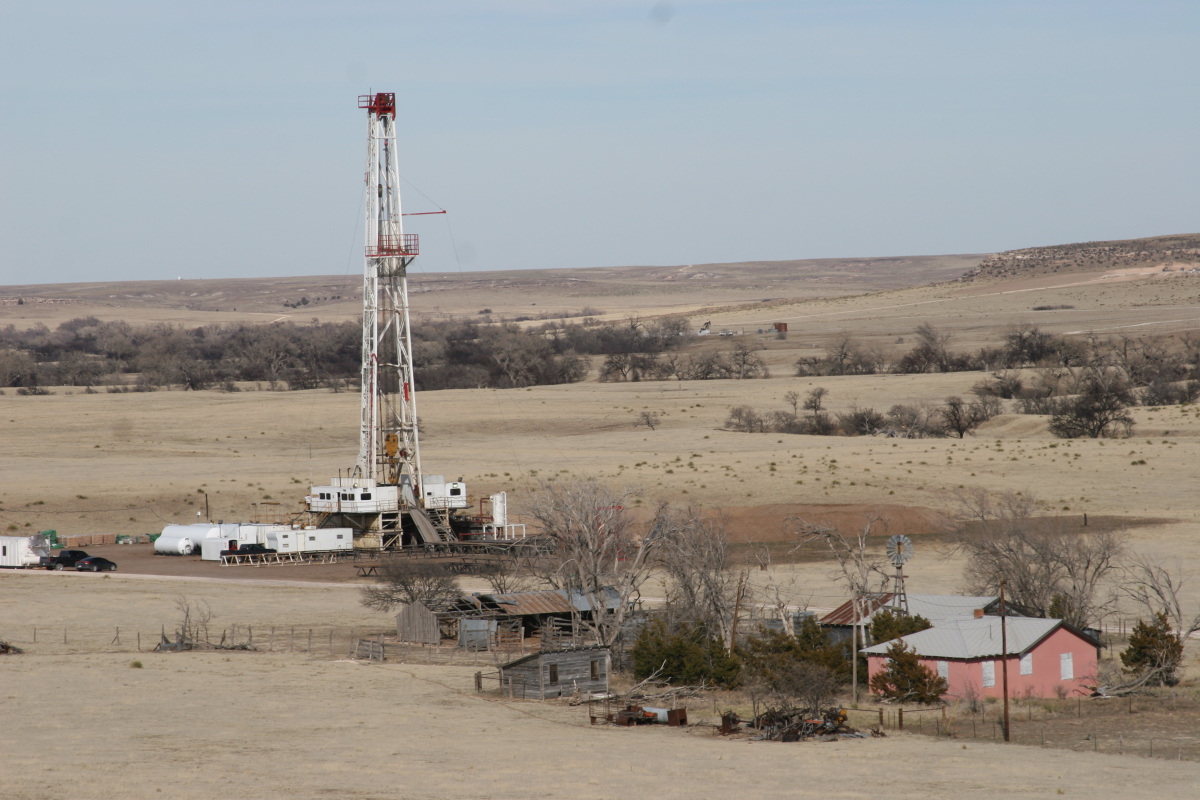 Video ads, social-media memes and the like – whether they’re crafted by candidates and their campaigns or by others to support them – aren’t usually meant to offer much detail, if any, on policy issues. To communicate their policy positions with at least a little detail, politicians use their own official campaign websites.

Even there, however, voters looking for in-depth understanding of where a candidate stands on complex issues like climate and energy can come away short-handed. Deciding what to leave out, as well as what to say, is part of persuasive political strategizing.

To assess what the Republican and Democratic nominees in three key statewide races have chosen to tell voters about their stands on climate and energy issues, Texas Climate News examined their campaign websites:

The six websites, considered together, reflect the broad and well-known contours of the two parties’ opposing positions in recent years at the state level (and nationally) – Republicans unwilling to engage explicitly and directly with climate change and Democrats generally in favor of doing that.

At the same time, the six websites sometimes display a notable inconsistency – both between and within the parties – in how the candidates present themselves to policy-interested voters on climate and energy.

The public-opinion context of any year’s elections is relevant to candidates’ communications strategies. This year, polls show Republicans poised to do well and Democrats struggling in many places including Texas.

Recent context for the Texas elections: In a poll conducted Oct. 7-17 by the Texas Politics Project at the University of Texas, “the environment/climate change” was not ranked as a priority by many “likely” voters, even Democrats. The pollsters said:

When asked to evaluate the importance of 11 issue areas that have arisen in the 2022 campaigns, then to choose which is most important to their vote, three issue areas were selected by more than 10% of voters: immigration/border security (32%), the state economy (14%), and abortion (13%). Among Republicans, immigration and border security dominated priorities (60%), followed by the state economy (18%). No other issue was prioritized by more than 4% of the remaining GOP likely voters.

Democratic voters’ priorities were more dispersed, with four issues being cited as most important by 10% or more: the largest share of Democrats is focused on abortion (26%), followed by gun violence (16%), the environment/climate change (13%), and healthcare (10%).

Both the Republican incumbent Abbott and his Democratic challenger O’Rourke have starkly different records on how they view climate change and how to engage with it – or not.

As Texas attorney general, for example, Abbott repeatedly sued the U.S. Environmental Protection Agency over climate-related and other matters. That litigation included an unsuccessful court challenge to an EPA rule to include greenhouse emissions in industries’ air pollution permits. Abbott argued then that carbon dioxide, the principal climate-disrupting pollutant produced by human activities, was a “trace constituent of clean air, vital to all life.”

He has made no significant shift in his stance since then, declaring in 2019 that since he is not himself a scientist, it is “impossible” for him to know if the global scientific consensus on the reality and serious threats of man-made climate change is correct.

O’Rourke, for his part, launched his brief bid for the Democratic presidential nomination in 2019 by devoting his first major policy announcement to an outline for an ambitious attack on climate change. He said he would combat it by directing $5 trillion in spending to achieve net-zero U.S. emissions by 2050. (President Biden’s Inflation Reduction Act budgets about $500 billion to attack and prepare for climate change, the largest such federal initiative on the issue in U.S. history.)

“The greatest threat we face — which will test our country, our democracy, every single one of us — is climate change,” O’Rourke said at the start of his presidential bid.

Running for governor now, O”Rourke is adopting a Texas-tailored, economy-focused stance that promotes carbon-free energy sources while pledging also to keep the state’s carbon-emitting industries strong. He says in a brief text and video on the the issues page of his campaign website that he will “protect the oil and gas jobs that we have” and simultaneously “help lead the fight against climate change” with investments to create additional new jobs in renewable energy.

He also says he will work to advance technologies such as carbon capture and storage, a climate strategy funded in the Inflation Reduction Act and strongly favored by the oil and gas industry to help it continue to thrive amid efforts to decarbonize the energy system.

The issues page on Abbott’s website offers no references to climate or energy topics. The discussion of economic matters includes a link to his “Working Texans Plan,” part of a “Bicentennial Blueprint” looking ahead to the state’s 200th birthday in 2036. But the lengthy “Working Texans” text also has no mention of climate or energy. Judging from various references and dates in that text, it appears to be the same document with the same title that he issued in 2014, when he first ran for governor.

A Google search shows that the word “climate” appears on the governor’s current campaign site on a few pages that mainly comprise quotations from news articles with brief negative commentaries on O’Rourke’s climate and energy positions, including statements in his presidential campaign.

The Republican nominee to head the General Land Office is state Senator Dawn Buckingham, a physician who represents District 24, a large swath of Central Texas to the west and north of Austin.

The word “climate” does not appear on the Buckingham campaign’s home page, where her positions on issues appear. Under the headline “Unleashing Texas energy” there, Buckingham says “Texas is blessed with some of the largest oil and natural gas reserves in the world, and under the right leadership, we can lead the nation toward true energy independence.” The text does not detail what “unleashing” would entail.

Alluding to issues tied to the stronger hurricanes that climate scientists project, but not mentioning the climate-change connection explicitly, Buckingham says on the same web page that she will ensure the Land Office is “fully prepared to respond to catastrophic storms that impact our coast.”

She also endorses investment “in coastal infrastructure to mitigate the effects of hurricanes,” without specifying which infrastructure. (Responding to questions from the nonpartisan League of Women Voters, she said she supports the pending $29 billion Texas Coastal Spine Project, better known as the Ike Dike, designed to protect the Galveston-Houston area.)

Democratic candidate Jay Kleberg is a member of the family that owns South Texas’ famous King Ranch. He was associate director of the nonprofit Texas Parks and Wildlife Foundation, which supports the state’s Parks and Wildlife Department, owns a land-based conservation business and works in environmental education. On his website, he addresses the climate issue in explicit detail:

In another policy proposal, Kleberg says he would use a federal tax credit to let Texas generate revenue for public schools by “storing 700 years worth of industrial CO2 emissions in our submerged lands off the Texas coast.” He endorses several longstanding proposals to reduce climate-changing and health-threatening methane pollution from oil and gas wells on state lands – “preventing flaring (and) reducing venting (of methane).”

Methane’s importance in climate disruption has increasingly been in the state, national and international spotlight in recent years – especially Texas oil and gas wells’ outsized contribution of the pollutant, a much more potent climate-warming gas than CO2. It’s a complex, multifaceted issue, but one key element in the continuing debate has been the Railroad Commission’s aversion to stronger methane controls – weaker than oil-and-gas states such as New Mexico and Colorado have adopted, for instance, and weaker than some oil and gas companies have supported.

The Republican incumbent Wayne Christian, a self-described “lifelong conservative businessman” who has served on the commission for five years, has inveighed against the Biden administration’s proposed federal rule to reduce methane pollution. In an interview this year, he said people who call for action against climate change are “climate catastrophists (who) have made a religion of what they do.”

Despite that seemingly sweeping dismissal of climate concerns, there is a passage on Christian’s campaign website about “CO2 emissions” (with no mention of methane) that cites a consulting firm’s report “which showed energy-related CO2 emissions declined eight of the last 12 years.” Climate change is the only reason CO2 emissions to the air are an environmental concern.

In a text headlined “flaring,” again without the word “methane,” he quotes statistics about both flaring (when waste methane is burned) and venting (releasing without burning) to argue that those practices had declined from 2.38% to 0.72% of natural gas produced in Texas. (Natural gas is mainly composed of methane and the terms are used interchangeably.)

Like Christian’s site, the Warford campaign website’s issues discussion does not contain the words “climate” or “methane.” Instead of climate change or other environmental reasons for limiting flaring and venting, Warford focuses sharply on the economic benefits of doing so.

Without saying what emissions he means, he says Texas oil and gas operations should “reduce emissions to ensure Texas remains competitive.”

Alluding to impacts on European natural gas systems of the Russian invasion of Ukraine as “the situation in Europe,” he says cutting emissions in Texas is “just good business” because “buyers are increasingly demanding lower-emissions gas.”