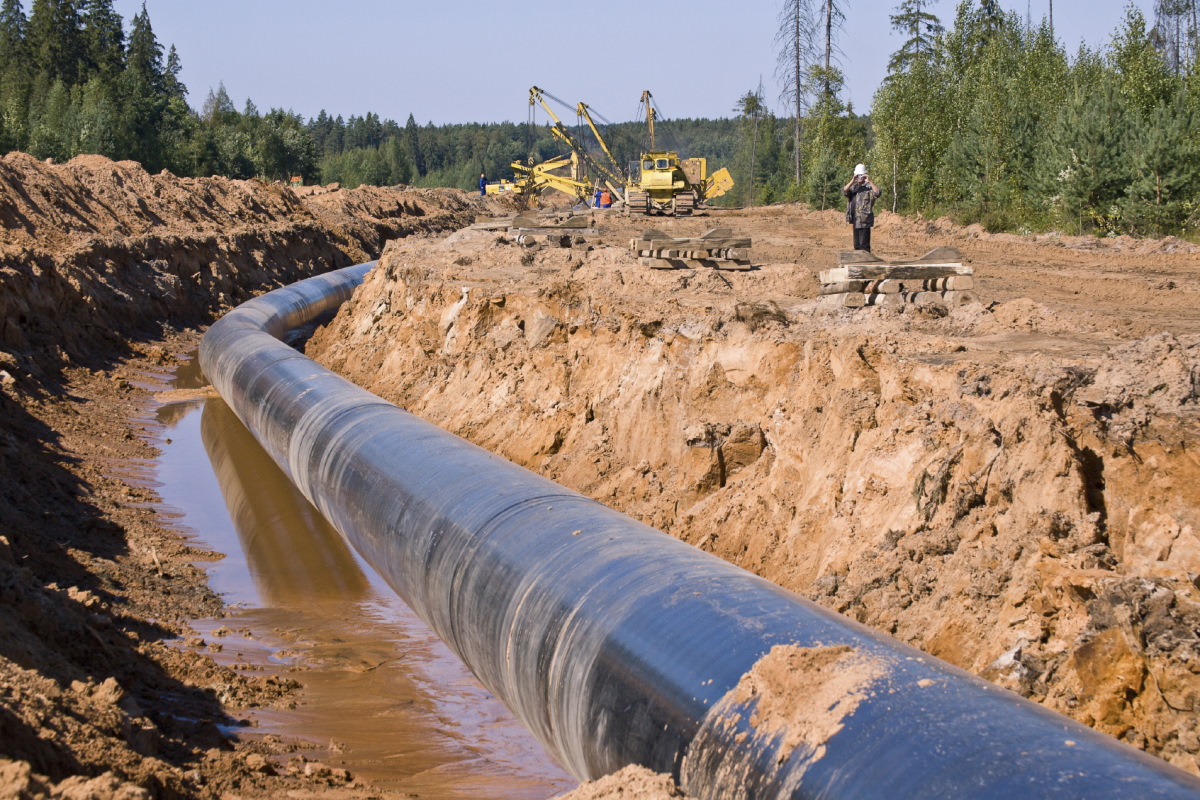 Ranjana Bhandari is no stranger to gas leaks and the emissions they cause. As the executive director of an environmental advocacy group called Liveable Arlington, she’s been organizing community members to oppose further drilling in North Texas’ Barnett Shale.

Nearly 1 million residents in Tarrant County – which includes Fort Worth and is Texas’ third most populous county – live within a half mile of an active oil and gas well or compressor station, according to the Oil and Gas Threat Map.

Bhandari knows better than most what comes out of those wells: tons of methane, the primary constituent of natural gas and a powerful climate-change-causing agent. Natural gas also contains volatile organic compounds that can cause respiratory illness and create smog, and carcinogens such as benzene.

Despite her awareness of those hazards, Bhandari was caught unaware a couple of years ago when a gas leak occurred in her own home. A worker for Atmos Energy, the local natural gas distributor, had been driving around with a sensor and noticed levels of gas peaking near the neighborhood. Bhandari couldn’t smell anything. Natural gas is typically odorless, but utility companies add a substance called mercaptan that gives it a distinctly rotten egg smell so people can recognize leaks quickly.

The leak was coming from the connection between the city of Arlington’s main natural gas lines and Bhandari’s house. She had to call a contractor to make an expensive and immediate repair to stave off a dangerous buildup of the flammable gas. “There are risks and hazards that most of us aren’t aware of,” she says of the incident. “So I realized it’s not just the production of [natural gas]. It goes all the way to the consumption of it.”

Methane is a highly flammable and potentially explosive gas. On its own, if it were to build up inside a house, it could asphyxiate people. Nearly half of all American homes use natural gas for heat, and a third use it to power appliances like stoves. When it’s combusted in those appliances, methane releases other harmful pollutants like carbon monoxide and nitrogen dioxide.

The pipelines that provide natural gas to homes, businesses, schools and other buildings all over the country present a serious climate risk. As pipeline infrastructure ages, it becomes more leaky, allowing tons of methane to escape into the atmosphere, where it contributes to the planet’s warming.

A 2020 report from the nonprofit research center Global Energy Monitor found that on the customer distribution side – the pipelines and connections delivering gas to individual buildings – gas leaks were five times higher than estimates by the Environmental Protection Agency. And a study led by researchers at Colorado State University, which was published this year, found that those leaks are concentrated in low income neighborhoods and communities of color. Of the metro areas the researchers analyzed, the most prominent correlation between pipeline leaks and communities of color occurred in the Dallas area.

“There’s a disparity of risk across lines of demographics,” says Virginia Palacios, the executive director of the political advocacy group Commission Shift. Palacios also contributed to the Colorado State study. The researchers found that other social vulnerability factors, like language barriers, were also correlated with a higher concentration of pipeline leaks.

“Explosions are probably the most harrowing risk,” Palacios says. “We found in this study that utilities don’t use demographic equity as a metric. By adding this layer, we’re highlighting where the current analysis has flaws.”

Other research has found that gas companies in Massachusetts are quicker to respond to complaints of leaks and odors in wealthy, white neighborhoods than in low-income communities of color. Those patterns may well exist in other states, but more research is needed to confirm that suspicion and understand the scale of the problem.

“Logically, the gas distribution system is bringing gas directly to where people need it and are using it,” says Erin Murphy, an attorney with the Environmental Defense Fund. “So that means any gas leaks on a local system are happening in a community.”

That can sometimes have deadly consequences. In February 2018 a 12-year-old girl was killed in a natural gas explosion in a predominantly Hispanic neighborhood in Dallas. Her family filed a wrongful death lawsuit, settled in 2019, that accused Atmos, the gas company that serves much of North Texas, of repairing leaks in a “mismatched Frankensteinian” manner. The National Transportation Safety Board later found that the gas main had been damaged more than 20 years prior, during a sewer replacement project. According to the federal report, Atmos was aware of the leak nearly two months before the fatal explosion occurred.

After the 2018 explosion, the Texas Legislature passed a bill requiring companies to replace all known cast iron pipelines they own. Cast iron lines are very susceptible to corroding. The law also increased the rate of replacement mandates overall. But in Texas, Palacios says, it’s still voluntary for companies to use advanced leak-detection technology to pinpoint where gas leaks are happening and how much gas is entering the atmosphere.

In June, the advocacy group Environment Texas published an analysis showing that somewhere in the U.S. a major gas leak occurs every 40 hours. Texas had the highest number of those incidents in the past 10 years – nearly 300 leaks that had to be reported to the federal government. Of those, 33 resulted in explosions, killing or injuring dozens of people.

In Texas and most other states, gas utility companies grade leaks on a scale, Murphy says. A Grade 1 leak must be repaired immediately, while Grades 2 and 3 are deemed “nonhazardous” and are scheduled for repair at a later date. “The way that gas leak policy is structured, it builds up around the idea that when a leak becomes a safety hazard, it needs to be addressed immediately.” Otherwise, she says, a leak is allowed to persist for years – even if residents repeatedly call the utility to report the smell of mercaptan. Meanwhile, there’s just this “constant low flow of climate pollution emitted from the system.”

Methane figures prominently in policy debates about how to fight climate change. Climate-action proponents emphasize its extremely potent heat-trapping ability in the atmosphere when it escapes unburned. Industry argues that natural gas is cleaner burning than coal in power plants, both in terms of their climate-disrupting and health-threatening pollution.

Earlier this month, for instance, the European Parliament backed EU rules to label natural gas as a “green” investment – a big win for fossil-fuel interests and European nations that want to substitute gas for coal in power production as part of their climate strategies. (The parliament also approved labeling carbon-free nuclear power as “green.”)

Beyond the public health concerns associated with climate disruption, persistent, low-level methane exposure isn’t believed to pose a direct threat to human health – it’s when the gas is combusted indoors that it can cause a buildup of other pollutants. But other environmental impacts can occur because of natural gas leaks – high methane concentrations in soil can kill trees in urban areas, further reducing the quality of life for nearby residents who lose access to greenery and vegetation that can reduce the urban heat island effect.

Over the last decade, Murphy says, there has been an influx of federal funding to replace old pipes that are most prone to leakage; the $65 billion infrastructure bill that Congress passed in 2021 also included funds for small municipalities that need to replace pipes.

Climate-action proponents say many of these lines should become defunct as more homes are electrified and consumers move away from burning natural gas in their homes. “There is no question that we need to deal with urgent safety concerns,” Murphy says. “But should we be investing in infrastructure that has an anticipated life of 60 years if we expect gas reliance to decline significantly?”

A wholesale shift to electrification could take years, however, and the transition is being fought by fossil fuel interests in Texas and elsewhere. Last year, the Texas Legislature passed a bill, signed by Gov. Greg Abbott, which effectively blocks cities and counties from banning the use of natural gas in new homes and other buildings. Such bans have been adopted in Washington, D.C. (this month), New York City and a number of West Coast cities.

In the meantime, state agencies in Texas are being urged to step up their gas-leak regulations and enforcement to ensure the safety of the state’s residents. Companies are required to develop risk plans, for example, but they don’t have to address the inequities that researchers like Palacios are finding.

“The Railroad Commission could require utilities to do an equity analysis every year,” she says, and companies should prioritize leak repairs in neighborhoods that have been historically underserved. “If utilities are continuously having these problems, then it would be time for an oversight body to step in.”

Amal Ahmed is a journalist covering climate change and environmental justice in Texas. Her work has appeared in publications including Texas Monthly, Texas Observer, Popular Science, City Lab and Southerly. She is a contributing editor of Texas Climate News.