Fossil fuels don’t dominate the Texas economy as they did in the past. But they still provide “a huge amount of the money that goes into the coffers” of public office-seekers, said a TCU political scientist. 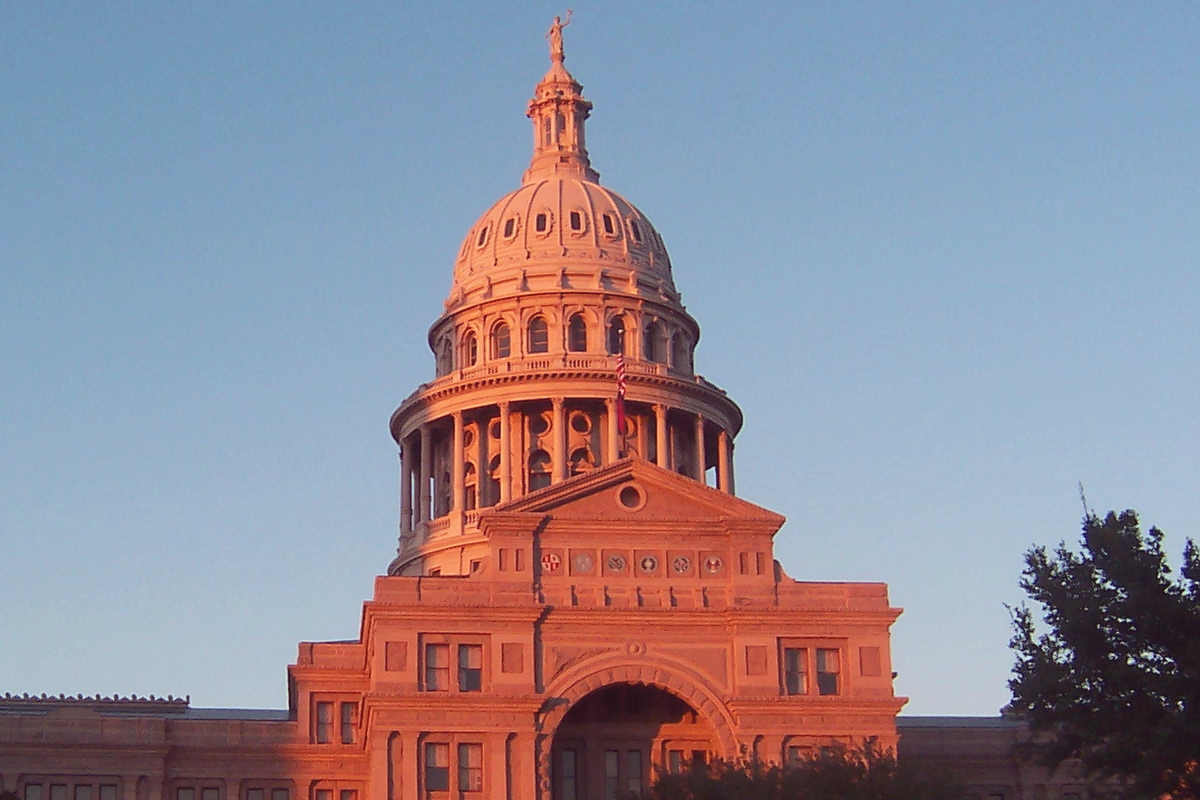 In the pink-granite heart of the nation’s largest oil- and gas-producing state, the ungreen majority is feeling its oats.

For years, most Texas lawmakers have been unmotivated by the accumulation of scientific evidence that points to fossil fuels’ central role in overheating the planet. Yet, when solutions to that problem appear to threaten the state’s colossal oil and gas industry, those same politicians snap to attention.

The economic juggernaut that supports thousands of jobs, generates billions of dollars in tax revenues and made Texas synonymous with pumpjacks and oil derricks also has the wherewithal to make or break a political career. “A huge amount of the money that goes into the coffers of people running for public office comes directly or indirectly from the fossil-fuel industry in Texas,” said James Riddlesperger, a professor of political science at Texas Christian University in Fort Worth.

Backed by the industry’s might, lawmakers have started going after municipal ordinances that interfere with local fossil-fuel-related activities, blending that zeal with a recent affinity for state laws expressly designed to override local ones. (Remember the Bathroom Bill?) Texas cities looking to back away from fossil fuels are suddenly confronted by an emboldened bunch of politicians itching for a fight.

An example of this enthusiasm for preemption is House Bill 17, passed in this year’s regular session of the 87th Texas Legislature and signed into law by Gov. Greg Abbott. The measure bars local governments from discriminating against the type of energy that is used for utility connections. Though the bill does not call out the individual energy sources it seeks to protect, it effectively blocks a city or county from banning natural gas as an energy source for new homes or buildings.

No such gas ban is known to have existed in any Texas municipality before HB 17 was drafted (though one was proposed in Austin). Rather, the bill was promoted as a preemptive strike against the type of prohibitions seen in California, where some cities are actively phasing out new natural-gas hook-ups to throttle back greenhouse emissions and help curtail climate change. In Texas, proponents pitched HB 17 as a consumer-choice bill, ensuring the availability of a broad menu of energy options for homes and businesses.

Other mostly Republican-led states, including Arizona, Florida, Louisiana, Oklahoma, Ohio and Tennessee, have passed similar legislation. And while Texas Republicans stood firmly behind HB 17, it was a Democrat, Rep. Joe Deshotel, who introduced the bill. His home city of Beaumont hosts the eighth-largest petroleum refinery in the U.S., which employs more than 2,000 workers. But in explaining his motivation for the drafting the measure, Deshotel cited the natural-gas-fired backup generator at his home that kept his family toasty and comfortable during last February’s devastating deep freeze. That system required a gas hook-up, the kind that HB 17 guarantees. (Other backup-power devices are available that do not rely on fossil fuels.*)

State lawmakers made other attempts this year to wrest control from local governments on behalf of fossil-fuel interests. House Bill 1501 sought to ban local restrictions on the installation or use of residential gas appliances. Senate Bill 1261 aspired to give the state exclusive jurisdiction to regulate greenhouse-gas emissions, specifically preempting all local laws governing those emissions.

Both bills expired, but legislators did push through a law to counter what they called another form of messing with Texas – divestment from oil and gas companies. Specifically, Senate Bill 13 says Texas state agencies cannot invest state money, such as pension funds, in financial companies that “boycott energy companies.”

The backdrop: The oil industry was already Wall Street’s worst-performing sector and had seen investors flee for a decade before Larry Fink, CEO of the huge and powerful investment company BlackRock, announced in January 2020 that climate change would be “a defining factor in companies’ long-term prospects,” and usher in “a fundamental reshaping of finance.” New York announced last December that in response to “the global consensus on climate change,” it would become the first state and biggest pension fund to divest from fossil fuels.

Republican Rep. Phil King, who represents a district just west of Fort Worth and was a primary sponsor of SB 13, wrote in June that it “sends a strong message to big business: If you boycott Texas energy, Texas will boycott you.” The law, he said, was a response to “Wall Street firms…colluding on a coordinated attack against Texas and our way of life” by denying capital to oil and gas companies.

In a May news release, the Railroad Commission of Texas, which receives its funding from oil-and-gas industry taxes and fees and also is responsible for regulating that industry, hailed HB 17 and SB 13 with the headline, “Texas Fights Back Against Woke Environmental Movement.” Railroad Commissioner Wayne Christian struck a militant tone in the release, couching the two bills as an antidote to an unworkable and unwanted energy agenda pushed by Washington progressives.

“While the federal government picks winners and losers by propping up unreliable forms of energy with massive subsidies, Texas has demonstrated it prioritizes consumer choice and reliability more than virtue-signaling to a small and loud group of woke political activists,” said Christian, a self-described “lifelong conservative businessman” who previously served in the Texas House. The Environmental and Energy Study Institute estimates U.S. direct subsidies to the fossil-fuel industry at roughly $20 billion per year.

The successful HB 17 and unsuccessful HB 1501 and SB 1261 focused on helping fossil-fuel companies avoid climate-motivated regulations by local governments, but state-level efforts to preempt local authority are not confined to that set of issues. Texas is one of a number of places where state officials, often Republicans, have been taking aim in recent years at restrictions enacted by local officials, often Democrats.

In Texas, for instance, Abbott signed a 2017 bill that limited city restrictions on tree removals – regulations he had denounced as “socialistic.” In 2019, after the state Supreme Court overturned a ban in Laredo on single-use plastic bags, House and Senate bills to enable municipal bag prohibitions failed to make it out of committee. This year, Abbott signed a bill to penalize cities that reduce police budgets and issued an executive order banning local requirements for mask-wearing.

Much of the recent appetite for preemption legislation in the Abbott era can be traced to House Bill 40, signed into law in 2015 and widely known as the “Denton Fracking Bill.” In its usurpation of local control, HB 40 resembles HB 17, this year’s ban on natural gas bans. About 59% of Denton residents voted in a 2014 city election to ban hydraulic fracturing, or “fracking,” a controversial oil and gas drilling method, within the city limits. Though the people had spoken and the issue seemed settled, the Denton City Council repealed the initiative. The Texas Legislature then doubled down on the repeal with the passage of HB 40, ensuring that the state’s authority would supersede that of any Texas municipality in the regulation of fossil-fuel extraction and production activities, including fracking.

As powerful as it is, the Texas oil and gas industry is no longer the omnipotent force that once defined the Texas economy and helped make Exxon-Mobil the most valuable company in the world as recently as 2013. (Exxon-Mobil is now ranked No. 23.) A report released in July by the Institute for Energy Economics and Financial Analysis found that the industry’s share of Texas’ gross domestic product fell from 21% in 1981 to 10% in 2019.

That ebbing economic dominance, along with urgent appeals worldwide for profound reductions in fossil-fuel use to avert dire environmental consequences, has some Texas lawmakers in a defensive crouch.

“As [fossil fuels] are becoming a less important part of the Texas economy, I think that they’re becoming more strident in trying to defend their position of influence in the state,” Riddlesperger said. Even so, if Texas were a country, it would rank fourth in the world in crude-oil production, according to the Texas Oil & Gas Association. A Texas politician’s survival still can hinge on maintaining a healthy relationship with the industry.

In 1965, the legendary University of Texas football coach Darrell Royal famously quipped, “You dance with the one that brung you.” He was talking about sticking with the plays and players who helped his team win games. Texas lawmakers at times seem to have ripped a page out of the late coach’s playbook, except that their playing field is the state capitol, and the Texas oil and gas industry is the one that brung them to the dance – over and over again, across generations.

To some political observers who have been tracking the rise and increasing popularity of cheap and clean renewable energy, that dance is beginning to look like someone doing the Charleston at a hip-hop party.

“At some point, Texas is going to wake up to the fact that they’re out of step with the rest of the country with regard to environmental concerns,” Riddlesperger said. “So, whether you want to call it climate change or global warming, or just ignore those terms and talk about it in the abstract, it’s going to become obvious to someone in Texas that we need to get on board or we’re going to lose out,” he said, citing Austin’s sprawling Tesla electric-vehicle plant, another similarly huge EV factory under consideration for Fort Worth, and the state’s burgeoning wind- and solar-energy industries as examples of where the state’s economy is heading.

And he sees trouble for a Texas Republican Party that continues to resist the overwhelming scientific consensus that human activity is driving global climate change. “My students at TCU are, generally speaking, pretty conservative. But they are very, very much in favor of clean air and clean water, and they believe in climate change. And that’s going to be the case going forward. So, the Republicans need to hone their message a little bit if they want to retain those young voters, and voters of color.”

Whatever adjustments the state and its politicians may make, expect the Texas oil and gas industry to hang on for a long, long time.“There are so many industries that rely on fossil fuels,” Riddlesperger said. “The petrochemical industry is extraordinarily important, for everything from manufacturing plastic bottles to pharmaceuticals to all kinds of rare-earth elements that come out of the ground. As soon as the economic realities give opportunities elsewhere, you’re going to see a transition of the Texas oil industry into a different phase. But will it go away entirely? No, it’s not going to go away entirely.”

He notes that the Lone Star State has a long history of setting the tone for national politics and the economy, but warns that hard-liners playing to their political base and dismissing climate realities are actively imperiling that leadership role.“ If you’re not forward-thinking in terms of what the economy of Texas is going to look like three years, five years, eight years down the road, then you risk losing the position of power and influence that you’ve had.”

*Rooftop solar-panel systems will continue to power a home in the daytime when grid power is interrupted. Battery backup-power systems can run a home indefinitely, day and night, when paired with rooftop solar (or for up to 24 hours without solar power). Battery systems are emissions-free and have lower operating and maintenance costs, but cost more to purchase and install.