Sweltering conditions in a new summer forecast include frequent highs of 105 and hotter. And there’s no end to the state’s current drought in sight. La Niña, often associated with drought in Texas, is predicted to persist. 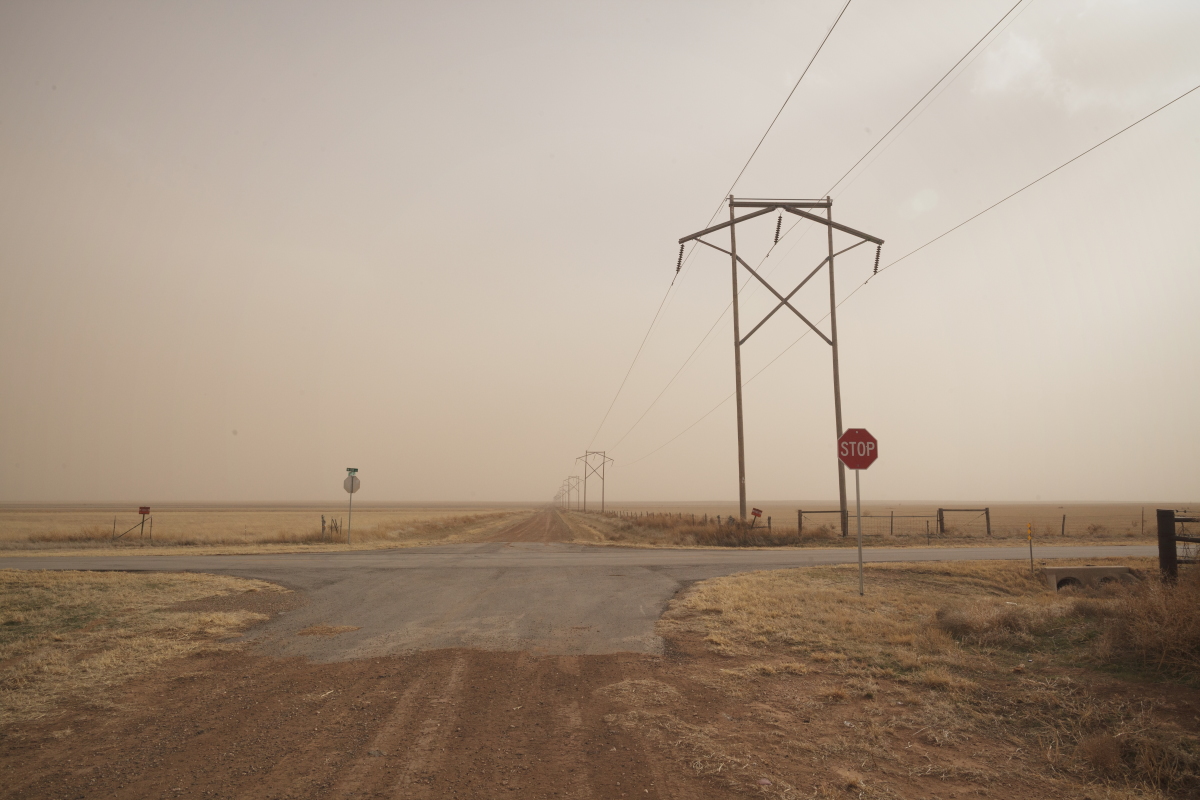 For anyone who dreads extremely hot weather – and isn’t that most of us, even in Texas? – conditions this spring have been decidedly unwelcome across much of the state.

Unfortunately, Texas can expect more of the same in the season ahead, the lead meteorologist for the state’s principal grid-management agency reported on June 21, the first day of summer.

It’s “close to a lock” that Summer 2022 in Texas will be hotter than last year’s summer, the forecaster, Chris Coleman, told ERCOT’s board.

Texas was notably hotter in the immediate run-up to this summer than in the same period in 2011. The state had its hottest summer on record that year. The maps compare temperatures to the 15-year average. ERCOT

And so far this year, in one of the hottest springs ever recorded in Texas with numerous record-high temperature from May into June, 2022 is trending even hotter than 2011, he added.

2011 was the hottest summer on record in Texas, when a blistering heat wave combined with a brutal drought to lash the state with impacts that included agricultural losses approaching $8 billion.

In the immediate prelude to the just-starting summer, May 2022 was hotter in Texas than May 2011, Coleman noted.

“If the next three months continue with very limited rainfall (and no significant impacts from hurricanes) there’s support for the summer of 2022 to at least approach the Summer 2011 extremes.”

Temperatures of 105 and even higher should occur frequently, he predicted.

The prospects for significant rainfall aren’t encouraging. At least two-thirds of the state has been experiencing drought conditions of varying severity since the first of the year. In the U.S Drought Monitor’s latest report, released June 16, drought was affecting 80 percent of Texas – an area with about 19.3 million residents. 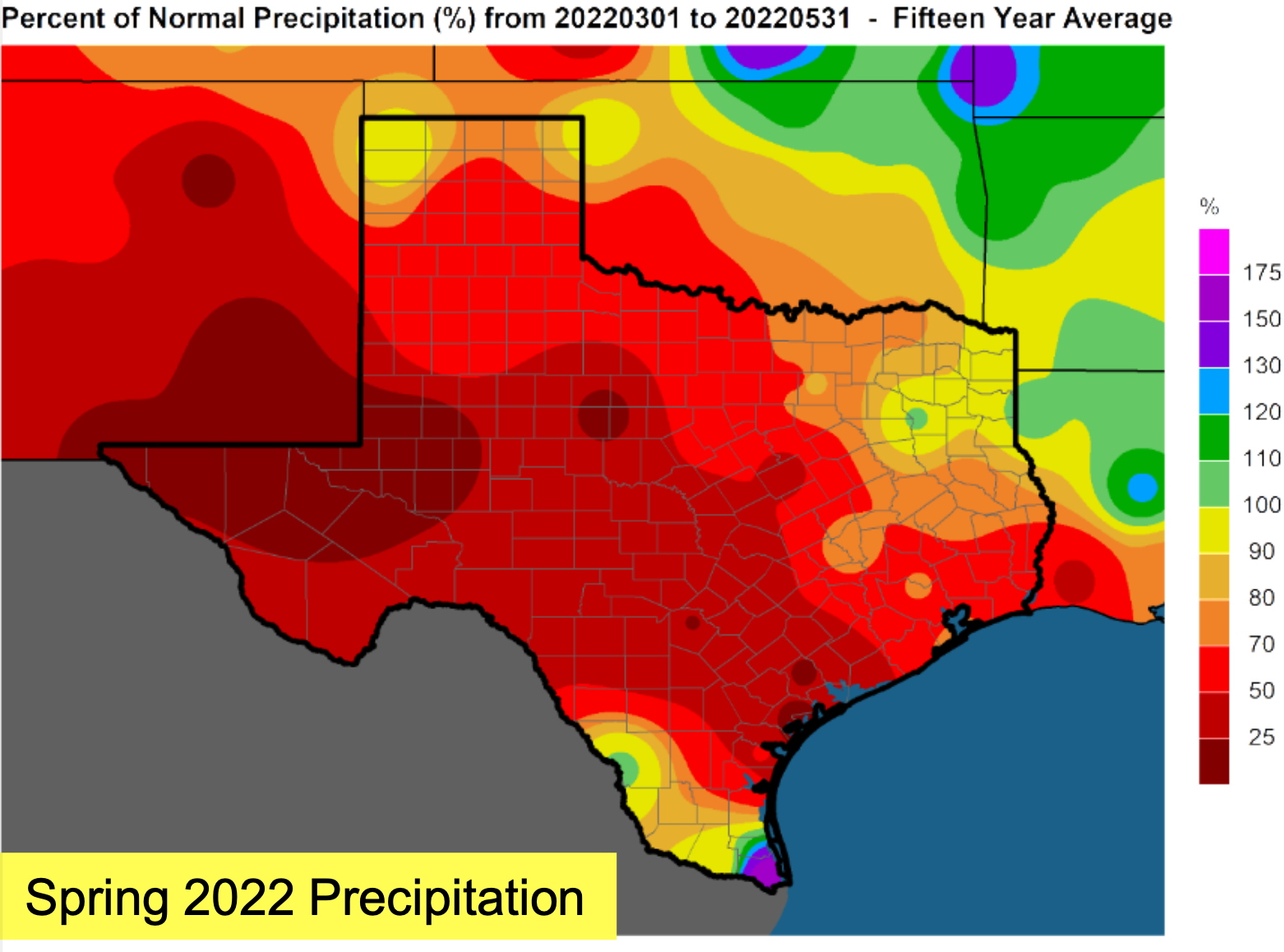 Most of Texas had much less rainfall from March through May (the period that scientists call “meteorological spring”) than normal (the 15-year average). ERCOT

A lingering La Niña, latest manifestation of a cyclical weather pattern, has set the stage for a rainfall shortfall, as Texas Climate News reported in January that it was likely to do: “The threat ramps up for a hot, dry La Niña spring in Texas.”

As summer now commences, the continuing La Niña, which Coleman noted is “commonly associated with drought in Texas,” is forecast to run at least through the summer months and into fall, he told the ERCOT board.

Extremely hot weather this summer, even a possible re-run of 2011’s record heatwave and drought, shouldn’t surprise anyone who’s been paying attention to climate scientists’ findings and warnings.

One example of these layered weather extremes in that 2021 IPCC report was “hot droughts” – “the increased tendency for record heat and severe dryness to occur in sync, as they did across Texas to dire effect during 2011,” he wrote. 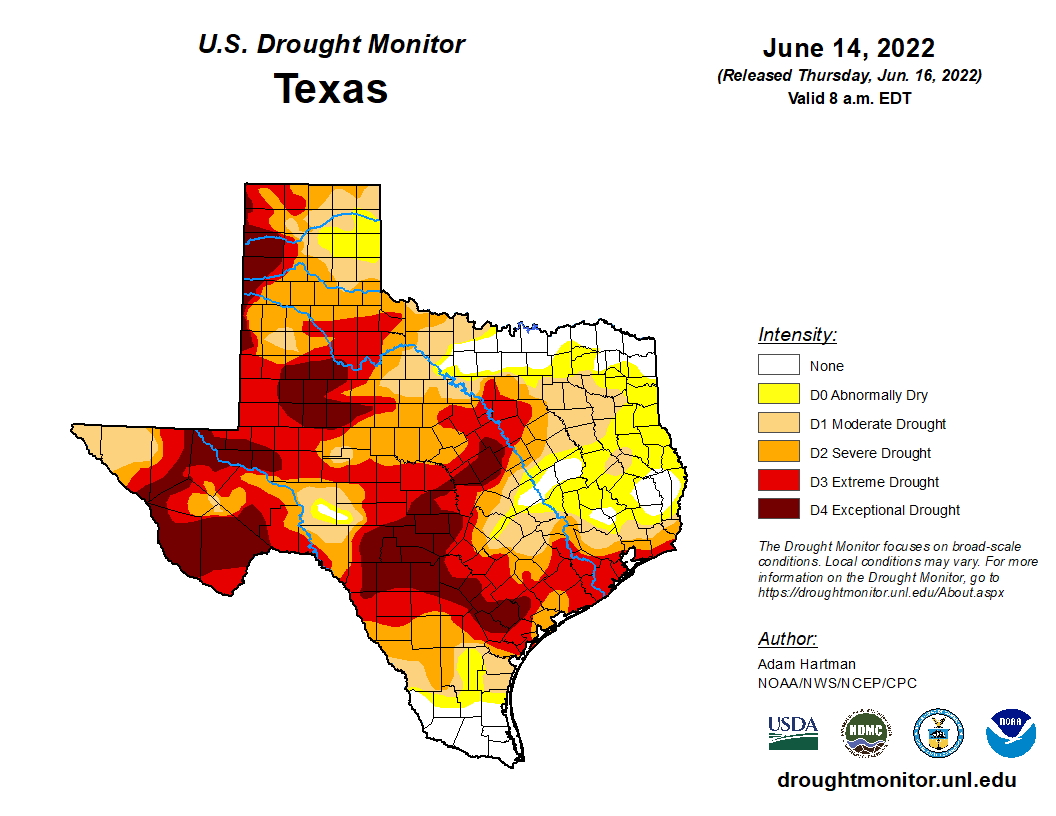 Drought conditions continue across most of Texas, according to the latest government assessment. U.S. Drought Monitor

A report released in 2020 by state climatologist John Nielsen-Gammon’s office projected that by the bicentennial of Texas’ founding in 2036, the state will see increases in both average temperatures and the number of days with high readings over 100:

ERCOT has been subjected to hugely increased critical scrutiny about the Texas grid’s ability to withstand extreme weather ever since Winter Storm Uri resulted in massive and deadly power outages across Texas in February 2021.

If there is one piece of potentially good news in Coleman’s summer forecast regarding the ERCOT-managed grid’s resilience in the extreme heat that’s forecast for this summer, it relates to wind power.

His report noted that stronger-than-average winds are projected in coming months in West Texas. That’s the heart of Texas’ burgeoning wind-power industry, which can help bolster electricity production when gas-fired plants fail.

Independent experts concluded that failures of gas plants and related infrastructure were by far “the primary culprit” in the February 2021 outages, although Gov. Greg Abbott and other politicians had wrongly attempted to blame the crisis on problems with wind generation.