The U.N.-sponsored body assessed various strategies for limiting pollution-fueled climate change to avoid the worst impacts. “Carbon dioxide removal” supplements emission reductions in some of them. 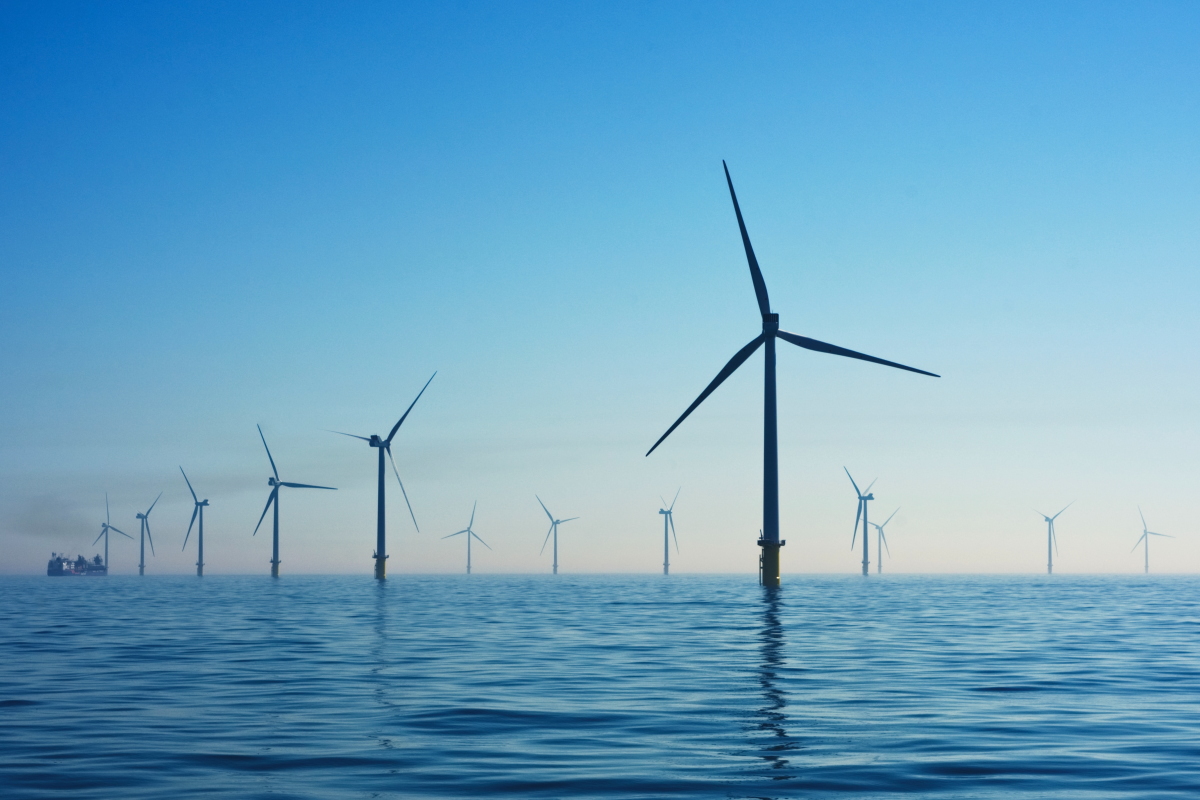 TCN Digest presents our summary selections of recent news with a common theme or a close connection, enhanced with explanatory context and links for further reading.

An overriding air of urgency, of time running out, of dwindling opportunities to avoid disaster surrounded the release of the third and last report in the new overview assessment by the U.N.-sponsored Intergovernmental Panel on Climate Change.

The three-part assessment is the IPCC’s first such big-picture appraisal since 2014. Hundreds of expert authors from various nations based their consensus on 18,000 peer-reviewed papers. Authors of the third report, issued last week, left no doubt about the deadline urgency they see for the global effort to avoid the worst impacts of pollution-propelled climate disruption.

In calling for “rapid and deep” cuts in fossil fuel emissions, including capping that planet-warming pollution in less than three years, the authors echoed key messages in the first two parts of the IPCC’s 2021-22 assessment.

Part 1, issued last August, summarized researchers’ consensus on the physical science of climate change, declaring human causation is “unequivocal.” The second part, released in February, covered “impacts, adaptation and vulnerability” in a changing climate. Its authors said the stakes are nothing less than “a livable and sustainable future for all.” Now the third part addresses “mitigation of climate change” – how people can stop and, maybe, reverse it.

This third and latest report in the new IPCC assessment lays out an array of scenarios with various pollution-reducing and pollution-offsetting strategies aimed at holding global warming to 2 degrees Celsius (3.6 degrees Fahrenheit) or, preferably, 1.5 C (2.7 F). Those goals were adopted by nearly 200 nations in the Paris Climate Accord in 2015 as necessary to avoid the most catastrophic projected impacts of climate change. Scientists say it is already worsening hurricanes, heat waves, wildfires, flooding among other deadly effects.

Jim Shea, a British sustainable energy expert who co-chaired the IPCC working group that prepared the new mitigation document, delivered a stark warning about the authors’ conclusions: “It’s now or never, if we want to limit global warming to 1.5 C (2.7 F); without immediate and deep emissions reductions across all sectors, it will be impossible.”

The mitigation report spelled out what “now or never” means across nearly 3,000 pages, underscoring the necessity for dramatic and far-reaching global action in the very near term.

In recent years, global average temperatures have already risen to levels 1.1 C warmer than were measured in the late 1800s. The IPCC’s mitigation report stated that limiting that warming to around 2 C “requires global greenhouse gas emissions to peak before 2025 at the latest, and be reduced by a quarter by 2030.”

The future of fossil fuels

It will be a historic, huge undertaking by any measure. Human civilization is largely driven by fossil fuels producing that pollution. The need to protect the climate by drastically cutting emissions from oil, coal and natural gas has been explicit in scientific findings and related diplomatic agreements for years.

One example: The headline on Texas Climate News’ main article about the 2015 Paris agreement summed up its central aim – “Historic moment: 195 nations agree to limit warming, turn from fossil fuels.”

U.N. Secretary-General António Guterres has sought to underscore the 2021-22 IPCC assessment’s message of urgency with the release of each of its three reports.

Part 1 was “a code red for humanity,” Guterres said. “This report must sound a death knell for coal and fossil fuels before they destroy our planet.”

The just-issued Part 3 on mitigation did not recommend a specific way or ways for that demise to happen. It describes and assesses various alternative pathways, essentially indicating that, with different collections of policies, Guterres’ figurative “death knell” could sound for various lengths of time through coming decades.

In an article for the Carbon Brief website that can help understand this complexity, climate scientist Zeke Hausfather offered a detailed discussion of the mitigation report’s appraisal of various options for action:

WG3 [IPCC’s Working Group III, which prepared the mitigation report] explores a wide range of energy system and emissions pathways to limit warming to 1.5 C or below 2 C, including worlds with large amounts of net negative emissions and carbon dioxide removal (CDR), worlds where fossil fuels are eliminated rapidly in favor of renewable energy, and worlds where global energy demand is sharply reduced.

Nearly all scenarios considered within WG3 that limit warming below 2 C rely on some degree of CDR to accelerate the pace of emissions reductions, to offset residual emissions, and to provide the option for net negative CO2 emissions in case global temperatures need to be brought back down.

However, compared to past IPCC reports, WG3 includes a more thorough exploration of models where more rapid emissions reductions are pursued and CDR is more limited.

“Carbon neutrality, or ‘net zero,’ means that any CO2 released into the atmosphere from human activity is balanced by an equivalent amount being removed. Becoming carbon negative requires a company, sector or country to remove more CO2 from the atmosphere than it emits.”

The mitigation report authors said global temperatures are projected to stabilize when the net zero level is achieved. To meet the 1.5 C goal would mean reaching net zero globally by the early 2050s, while meeting the 2 C goal means would mean doing that by the early 2070s.

Will we do it?

Will human beings be up to the task of a breakneck planetary project to keep human-caused global warming below levels that have been deemed especially dangerous to humans and other creatures? It’s ultimately a political question (or perhaps more accurately a social-economic-political question) – whether the myriad decisions and actions that will be collectively needed across many nations actually can and do occur.

It’s also a colossal challenge, especially in such fossil-reliant locations as Texas, as The New Republic magazine stressed in an article about the IPCC report:

[The authors said] that 30, 50, and 80 percent of proven oil, gas, and coal reserves (respectively) must remain unburned to limit warming to two degrees Celsius, and “significantly more” to limit warming to 1.5 degrees Celsius. Reaching that goal, they add, would entail closing coal- and gas-fired power plants 30 years ahead of schedule. The report cites a 2018 study finding that even if every pipeline currently planned were canceled, one-fifth of existing fossil fueled generation capacity would still need to be shut down, as well.

A new study – published this week in the journal Nature, too late for inclusion in the new IPCC assessment – was cause for guarded hope that political leaders’ recent emission-cutting promises, even if not yet their nations’ deeds, might prove to be just enough, cumulatively, to meet the Paris agreement’s 2 C goal.

For the study, an international team of scientists projected the temperature outcome if emission-reducing pledges in last year’s Glasgow Climate Pact (154 nations’ mitigation goals for 2030, plus 76 longer-term commitments) are in fact fulfilled.

The researchers concluded that “warming can be kept just below 2 [degrees] Celsius if all conditional and unconditional pledges are implemented in full and on time.” They added, however, that there is only a 6% to 10% chance of meeting the 1.5 C goal, which is particularly important to island nations and developing nations that face higher climate risks.

The study leader, Malte Meinhshausen of the University of Melbourne in Australia, told reporters that it “clearly shows that increased action this decade is necessary for us to have a chance of not shooting past 1.5 degrees by a wide margin.”

The IPCC chair, Hoesung Lee, a South Korean economist, was cautiously upbeat about the prospects for climate progress in his call for action when the mitigation working group’s report was issued last week:

“We are at a crossroads. The decisions we make now can secure a livable future. I am encouraged by climate action being taken in many countries. There are policies, regulations and market instruments that are proving effective. If these are scaled up and applied more widely and equitably, they can support deep emissions reductions and stimulate innovation.”

Recent events indicate that such actions may, however, be getting harder to accomplish.

Axios summed up a major element in new geopolitical challenges succinctly in reporting the Nature study’s findings this week: “(T)he global energy crunch due to the war in Ukraine may be pushing energy policies in the direction of more fossil fuel extraction for some countries, including the U.S.”

Signaling such a possible shift were reports this week that Gina McCarthy, President Joe Biden’s White House climate adviser, is planning to resign from her position because of slow progress toward his ambitious climate goals. According to The Guardian:

Multiple news outlets, including the New York Times and the Washington Post, separately reported that McCarthy had told confidantes that she was planning to leave her job in the coming months, with the Times reporting that she had said she was “frustrated by the slow pace of climate progress.”

That news broke before the Biden administration’s announcement on Friday that it was resuming leasing for oil and gas drilling on federal lands – something the president had vowed to halt as part of his climate agenda during his 2020 campaign.

Another example of how climate policies hang in the political balance, no matter what current leaders may have promised in Glasgow:

Continuation of France’s current climate policies hinges on the outcome of the presidential election on April 24. Centrist President Emmanuel Macron’s opponent, the far-right nationalist Marine Le Pen, “has made it very clear that, for her, renewable energies are a nuisance to our landscapes and our lives and that she would dismantle wind turbines,” the French newspaper Le Monde reported this week.