Warmer ocean waters can rapidly strengthen storms. Ocean warming has been unceasing for 50 years, the IPCC recently reported. And this trend “will likely continue until at least 2300 even for low-emission scenarios.” 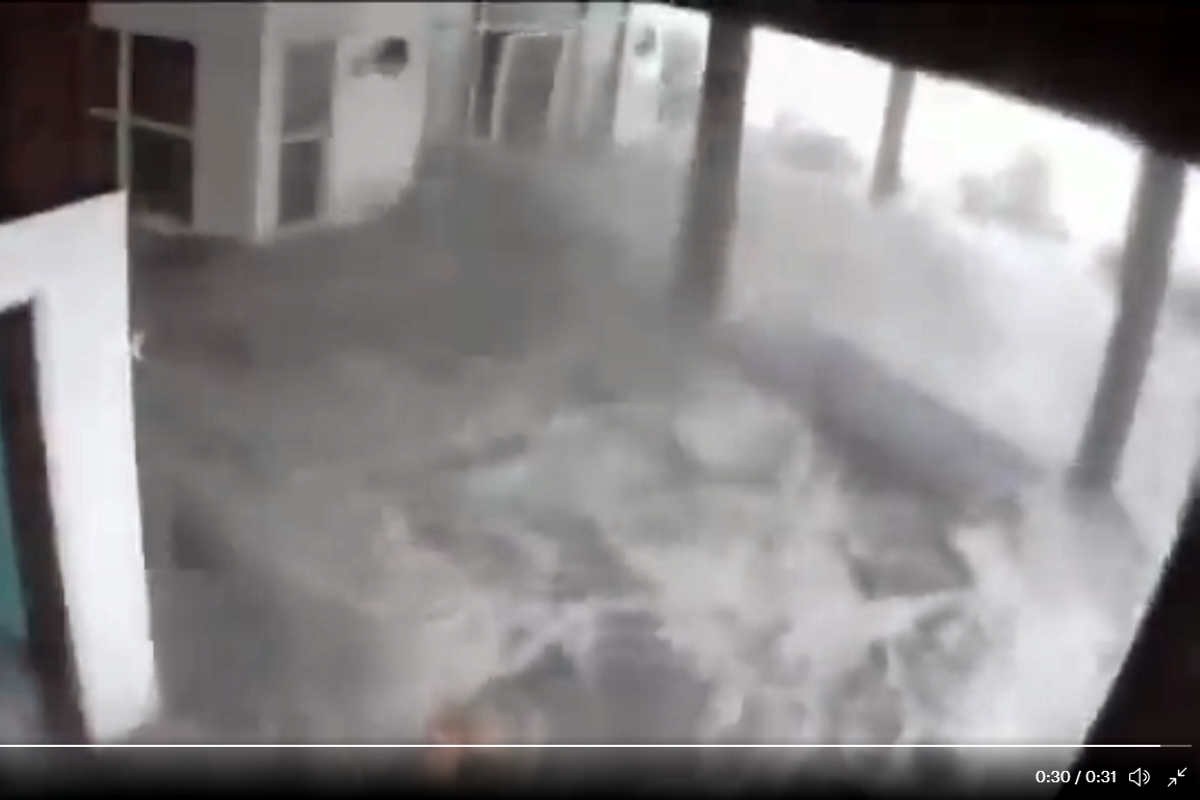 Hurricane Ida’s long trek of death and destruction from Louisiana to the Northeastern U.S. marked the fourth time in five years that a Gulf-striking hurricane rapidly intensified as it approached landfall – a phenomenon that scientists say is enhanced by a climate heated by fossil-fuel pollution.

In its fast intensification, Ida followed the speedily strengthening Harvey in 2017, Michael in 2018 and Laura in 2020.

Rapid intensification occurs when a tropical storm gains more energy from exceptionally warm waters that it crosses. Areas of the Gulf of Mexico near land are always warm in hurricane season, but climate change is raising water temperatures even more as heat being trapped by a growing blanket of greenhouse gases in the atmosphere is mainly taking residence in sea waters.

More than 90 percent of atmospheric warming over the past half-century is concentrated in the oceans, with two-thirds in waters nearer to the surface, according to the National Oceanic and Atmospheric Administration. Gulf temperatures in particular have been running 3 to 5 degrees warmer than the average temperature about 20 years ago, NOAA says.

“Warm ocean waters are an essential prerequisite for strong hurricanes,” climate scientist Zeke Hausfather of the Breakthrough Institute tweeted last week. “We virtually never see very strong (cat[egories] 4 and 5) hurricanes when ocean surface temps are below 81 F. By warming our oceans, climate change will tend to result in stronger hurricanes, all things being equal.”

Three climate experts at Texas universities – Andrew Dessler of Texas A&M, James Doss-Gollin of Rice University, and Katharine Hayhoe of The Nature Conservancy and Texas Tech – said there is no doubt that climate change aggravated the destruction brought by Ida.

“The question,” they wrote in a Houston Chronicle guest column, “is not whether climate change made it worse, but rather how much.”

Scientists have not yet had enough time to perform a formal “attribution analysis” of Ida that would calculate how much of its growing strength was added by climate change. But attribution studies have examined extreme aspects of other recent storms.

And for a general, detailed overview of some of the research documenting linkage between patterns of stronger and more rapidly intensifying hurricanes and human influence on the climate, see TCN’s September 2020 article: “Evidence grows that more quick-strengthening Lauras are in our future.”

As the dozens of deaths, billions of dollars in lost and damaged property, and widespread social disruption showed in New Orleans, New York City and their regions, rapidly intensifying storms like Ida can be catastrophic.

With such disparate impacts as Louisiana’s mammoth power outages in winds that had gusted to 173 mph at landfall and the Northeast’s flooded subways, rail lines and streets amid record-breaking deluges, Ida suggests another lesson of fast-strengthening hurricanes: They can surprisingly overwhelm much of the vaunted “resilience” that government and corporate officials claim to be creating to gird against climate change.

As a post-Ida New York Times headline put it: “New York City and state officials knew heavy rains were coming, but their preparations couldn’t save the city from death and destruction.”

The newest overview report by the world’s leading scientific body on climate change research makes for sobering reading on scientists’ projections regarding warming ocean waters that drive accelerating hurricane intensification and the rising sea levels that magnify storms’ destructiveness. Issued last month, it was the U.N.-based Intergovernmental Panel on Climate Change’s sixth such summary appraisal of the state of climate science since 1990.

“The increase in global ocean heat content will likely continue until at least 2300 even for low-emission scenarios, and global mean sea level rise will continue to rise for centuries to millennia following cessation of emissions due to continuing deep ocean heat uptake and mass loss of the Greenland and Antarctic Ice Sheets.” (The IPCC assigned “high confidence” to this conclusion, meaning an 8 in 10 chance of being correct in the organization’s terminology.)

The authors also concluded with “high confidence” that “the proportion of intense TCs [tropical cyclones – storms that include hurricanes] will increase on the global scale with increasing global warming.”

At the same time, they assigned only “medium confidence” (a 5 in 10 chance of being right) to a conclusion that “the total global frequency of TC formation will decrease or remain unchanged with increasing global warming.”

The authors concluded with “high confidence” that “the average and maximum rain rates associated with TCs, extratropical cyclones and atmospheric rivers across the globe, and severe convective storms [strong thunderstorms] in some regions, increase in a warming world.”

Attribution studies that have been conducted about specific storms yield only “medium confidence,” however, “for a human contribution to extreme TC rainfall,” they wrote.