TCN Digest: Even with a ‘code red’ climate report, scientists still have hope

“Unprecedented” climate changes lie ahead, some “irreversible.” Parts of the IPCC’s latest update may prompt a defeatist response, but the report also says there’s still time to avoid the worst, researchers stress. 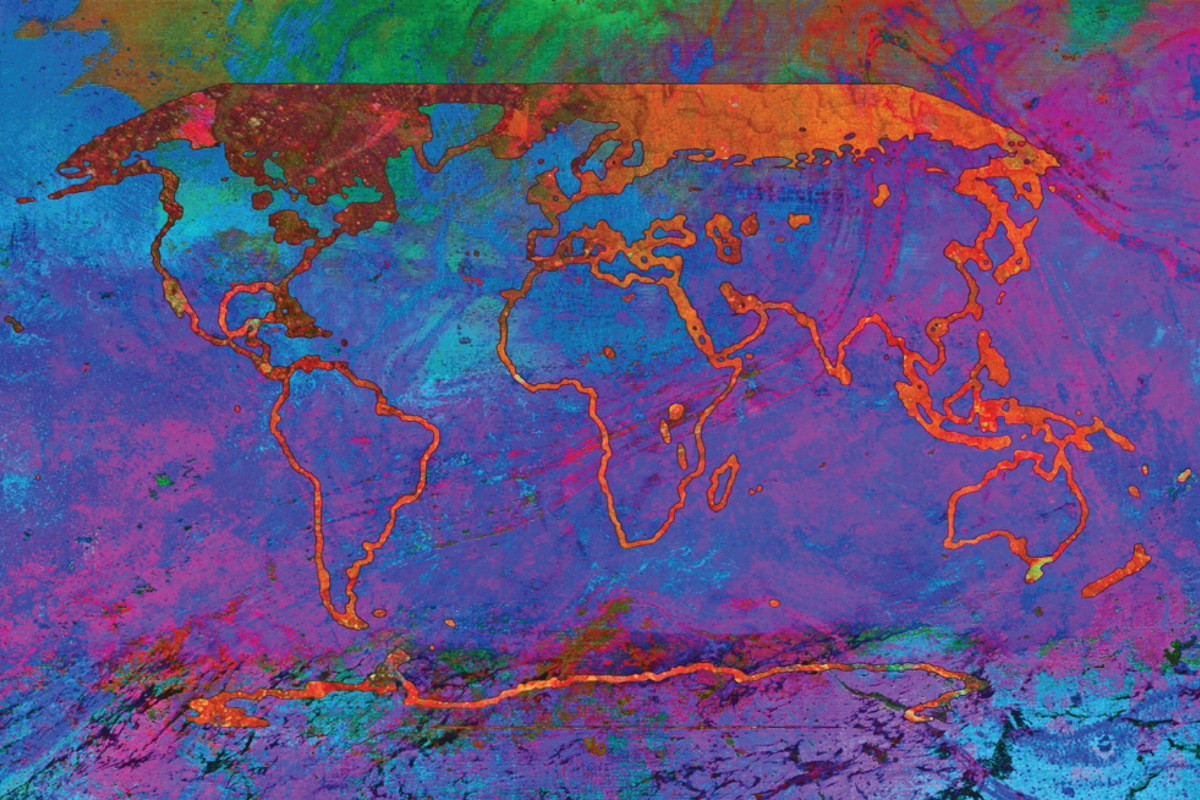 TCN Digest articles present our summary selections of recent news with a common theme or a close connection, enhanced with explanatory context and links for further reading.

Just scanning some of the headlines about the latest big climate science report from the Intergovernmental Panel on Climate Change might understandably instill a pang of despair.

The United Nations-based IPCC report was issued with a dire warning from U.N. Secretary-General António Guterres – the summary of the latest scientific findings about climate change was nothing less than “a code red for humanity.” That phrase appeared prominently in headlines and articles reporting the findings, including Texas Climate News’ own coverage.

Science, the journal of the American Association for the Advancement of Science, topped its news story with this headline: “Climate change ‘unequivocal’ and ‘unprecedented,’ says new UN report”

Some news accounts made room in their headlines for another element of the report – the scientist authors’ message that there’s still time, with concerted, pollution-reducing action, to avoid the most disastrous consequences of human-caused global warming.

The New York Times headline expressed the report’s dual message – a warning and a ray of hope – this way: “A hotter future is certain, climate panel warns. But how hot is up to us.”

Here’s a selection of some of the things that climate scientists were saying to communicate their view that there’s still room for hope. Some of the comments excerpted below refer to two aspirational goals of the 2015 Paris Climate Agreement for avoiding the worst climate change impacts – warming of 2 degrees Celsius above pre-industrial levels, and ideally a lower warming limit of 1.5 C. 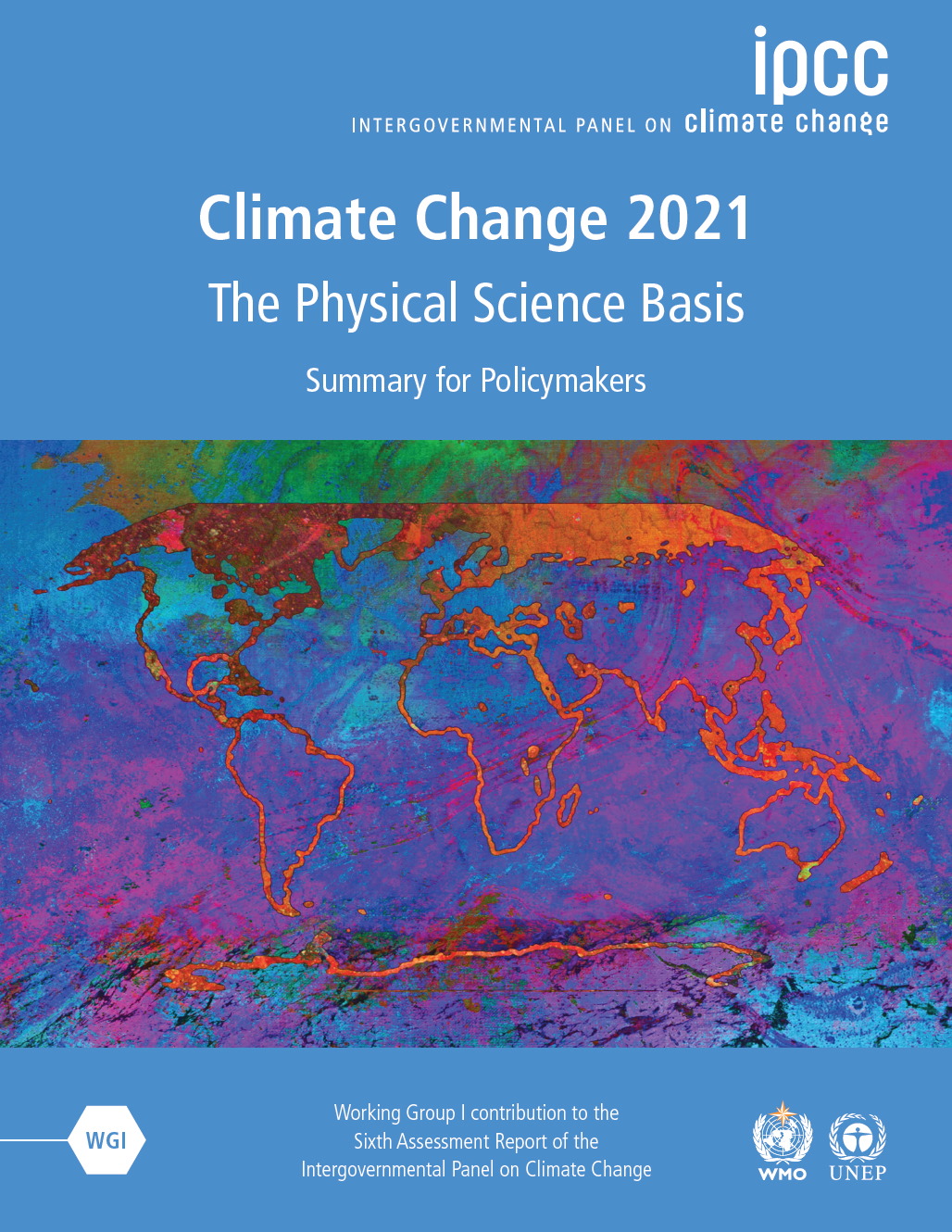 “I’m seeing a lot of doom and gloom in light of the new IPCC report released today,” Armour tweeted on Aug. 10. “Some of it is clearly justified — climate change is already all around us, and our greenhouse gas emissions are hurling us toward temperatures that haven’t been seen for millions of years.

“But I also worry about exaggerations I’ve seen in the media, and more generally that such depressing messaging may cause folks to become overwhelmed and check out.”

Armour’s tweet thread then expressed several “reasons I see for hope” in the report, with references to sections of the report:

It’s not too late to avoid the worst of global warming. Because the future warming we’ll experience is largely determined by our future greenhouse gas emissions, we have the power to slow down and ultimately stop global warming by reducing our emissions.

If we can reduce our greenhouse gas emissions rapidly within the next decade and head toward net-zero emissions by mid-century, we still have a chance of limiting warming to near 1.5 C, and can certainly limit warming below 2 C.

It’s never too late to act, in fact. While every additional fraction of a degree of global warming will worsen the impacts, there’s no warming threshold or cliff that we’ll go off of that will suddenly make those impacts shift from being fine to being disastrous.

Piers Foster, climate physicist, University of Leeds (U.K.) via a column in The Guardian by the American writer and historian Rebecca Solnit

Solnit wrote: “Climate change is a nightmare, and this summer’s floods, fires and extreme heat, from China to Siberia to British Columbia, are reminders that the problem is rapidly growing worse. Yet the striking thing about the IPCC report released earlier this month is not the bad news, which is not really news at all for those who have followed the science closely. It’s the clarity about possibilities, which I found hopeful.”

Inspired by a pair of his tweets, she “wrote to Forster, who wrote back to me that the good news for him began with the advances in scientific understanding and their precision.” His reply:

There is also good news from the new science. We find that the risk of seeing abrupt changes or tipping points in our climate such as the Gulf stream stopping, Antarctic ice sheet sudden collapse, or Amazon forest dieback are low and will be very unlikely indeed if we can hold temperature rise close to 1.5 C. Through improved climate projections we know exactly the emission path the planet needs to take to hold temperatures to close to 1.5 C of warming; we need to at least halve global emissions by 2034 and reach net zero CO2 emissions by mid-century.

Climate scientist Katharine Hayhoe, the chief scientist for The Nature Conservancy, professor in the Department of Political Science at Texas Tech University, and famed advocate of climate action, in a guest column on the Time website:

In a world that seems increasingly out of control, we are desperate for hope: real hope, a hope that acknowledges the full magnitude of the challenge we face and the very imminent risk of failure. Real hope also offers a chance of a more vibrant future; a glimpse, however distant, of something better than what we have today, not worse.

Where can we find such hope? We find it in action. The world has changed before and, when it did, it wasn’t because a president, a prime minister, a CEO or a celebrity decided it had to.

Some of the impacts of climate change are already here today. Others are inevitable due to all the carbon we’ve emitted over the last few decades. But the IPCC report is clear: the worst can still be avoided. Our future is in our hands.

It’s my hope that this report, and the worry and concern it generates in each of us, will inspire you to take action, to have a conversation, to be part of the change we need. Why you? Because to care about climate change, we only have to be one thing: a human, living on planet Earth. And if you’re reading this, that’s exactly who you are.

Dana Nucitelli, an environmental scientist and writer, in an interpretive article about the IPCC report on the Yale Climate Connections site:

The IPCC report notes that the low-emissions SSP1 scenarios ‘would lead to substantially smaller changes in […] climate impact drivers than the higher-emissions scenarios [that scientists considered]. It also points out that with the world currently at around 1 degree C of warming, the intensity of extreme weather will be twice as bad compared to today’s conditions if temperatures reach 2 C (1 C hotter than today) than if the warming is limited to 1.5 C (0.5 C hotter than today), and quadruple as bad if global warming reaches 3 C (2 C hotter than today). For example, what was an extreme once-in-50-years heat wave in the late-1800s now occurs once per decade, which would rise to almost twice per decade at 1.5 C, and nearly three times per decade at 2 C global warming.

At the same time, there is no tipping point temperature at which it becomes ‘too late’ to curb climate change and its damaging consequences. Every additional bit of global warming above current temperatures will result in increased risks of worsening extreme weather of the sorts currently being experienced around the world. Achieving the aspirational 1.5 C Paris target may be politically infeasible, but most countries (137 total) have either committed to or are in the process of setting a target for net zero emissions by 2050 (including the United States) or 2060 (including China).

That makes the SSP1 scenarios and limiting global warming to less than 2 C a distinct possibility, depending on how successful countries are at following through with decarbonization plans over the coming three decades. And with its proposed infrastructure bipartisan and budget reconciliation legislative plans – for which final enactment of each remains another big IF – the United States could soon implement some of the bold investments and policies necessary to set the world’s second-largest carbon polluter on a track consistent with the Paris targets.