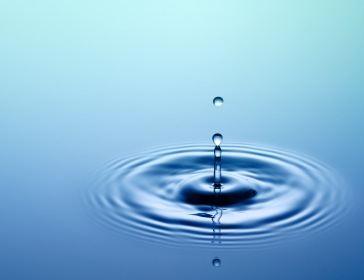 The Lower Colorado River Authority’s decision to deprive downstream rice farmers of water – for the first time ever – was an especially dramatic example of the historic Texas drought’s continuing impact, even as unexpected winter rains have mitigated its severity somewhat.

The LCRA action, triggered by an emergency drought policy that had been negotiated by the farmers and other stakeholders in the river basin, is hardly the only recent development that illustrates how Texans are increasingly grappling with the prospect that lingering dry conditions will only multiply and aggravate always-contentious issues about how to manage the state’s water supply.

Climate experts have been warning – regardless of whether current drought conditions drag on for years, as some have said may happen – that manmade climate change promises to bring hotter, drier conditions to Texas in decades ahead as a growing population places greater demands on water resources.

Rice farmers in Wharton, Colorado and Matagorda counties will be affected by the decision not to release water from Lakes Buchanan and Travis in Central Texas – an irrigation supply they always received in the past when conditions were too dry for them to take water directly from the river. The Associated Press reported recently that rice cultivation in the three counties usually represents 35 to 45 percent of the Texas rice crop, about five percent of the nation’s rice production.

Besides downstream farmers, the lakes managed by LCRA provide water for more than a million people in Central Texas and industries in the basin. The agency explained the action impacting the rice industry in an announcement on Friday:

The historic decision became official at 11:59 p.m. Thursday, March 1, when the combined storage of the lakes failed to reach 850,000 acre-feet. That was the level agreed upon last September by LCRA and stakeholders throughout the basin, including downstream farmers, when they negotiated the emergency drought relief measures that the Texas Commission on Environmental Quality approved in December. The highest combined storage on March 1 was 847,324 acre-feet at 11:59 p.m.

“This is the first time in history that downstream farmers will not receive all the water they need from LCRA,” General Manager Becky Motal said. “This was a difficult decision by LCRA and the stakeholders, but one that was made with the best interest of the entire basin in mind. This current drought is one of the most severe on record, and the responses to the drought need to be on the same level.”

Even with the recent rains, lakes Buchanan and Travis are only 42 percent full. The combined storage of the lakes Friday was about 847,000 acre-feet. Because storage was less than 850,000 acre-feet on March 1, farmers in the Lakeside, Gulf Coast and Pierce Ranch irrigation operations will not receive any water from the Highland Lakes this year. Farmers in the Garwood irrigation operation will still receive some water from the Highland Lakes this year, up to 19,000 or 20,000 acre-feet, because of their contract with LCRA. For comparison, downstream farmers diverted about 368,000 acre-feet of Highland Lakes’ water last year for a first and second crop.

The Austin American-Statesman summarized the controversy surrounding the rice issue when it reported the LCRA’s adoption of a new water management plan with stricter guidelines for releases to rice farmers and a near doubling of reserves for cities and power plants:

Residents and business owners on the lakes have criticized the plan for releasing too much water to rice farmers and for making changes to an earlier draft of the plan without involving lakeside stakeholders.

Rice farmers have said the plan, which sets an annual cap on their water, ending the longtime policy of open supply, would not only lower their crop yields but decimate a 100-year-old industry that is the backbone of several Gulf Coast counties.

City of Austin officials, including water utility director Greg Meszaros, have endorsed the plan. The plan does not address potential new supplies, which the LCRA formally committed to with a resolution in [the same] meeting.

Last month, the University of Texas’ Center for Integrated Earth System Science hosted a forum: “Texas Drought 2012: Are We Prepared?” where engineering professor David Maidment sketched [PDF] the grim context of the meeting in opening remarks:

During 2011, the total volume of water stored in the surface water reservoirs of Texas dropped by the largest amount ever recorded. We enter this spring with our water supply conditions in a much more vulnerable state than they were at this time last year. Falling groundwater levels have prompted trucking of water supplies to begin for some locations. What is ahead for 2012? Nobody knows for sure, but the application of science, observations from the past, and prudent projections, can clarify the situation.

The “flash drought” we are experiencing, though short, is unprecedented in severity. We do not know if this is an indicator of things to come or just a statistical freak occurrence. To secure the future water supply of our citizens in the face of such uncertainty, prudent water planning and management in our state require the best science, data and computation that can be assembled. We are proposing that Texas water agencies, industry and universities begin to work collaboratively to create a large-scale Texas Water Model, connected to weather and climate models, which can continually trace the volume and movement of water throughout our state.

Texas environmentalists, as part of their multifaceted and long-running campaign for a transition to cleaner sources of electricity and greater emphasis on energy efficiency, have been trying lately to focus public and policymaker attention on the high water consumption of traditional power sources and the impacts of drought and heat on the power grid.

On Feb. 29, the Sierra Club released a report it had commissioned by Glenrose Engineering, an Austin consulting firm. The group summarized the findings of the report, saying that it:

… shows that over the next 50 years, gaps between demand and available resources will grow if Texas continues to rely primarily on water-intensive coal-fired power. The state’s Water Plan projects the annual demand for water for steam-electric power generation to more than double over this period. The report also finds that the state has failed to keep accurate records for how much water is used by these coal fired power plants, and  that eliminating this wasteful use of water by transitioning to cleaner forms of electric generation would make water available for other critical uses in Texas.

“The report’s key findings show that for a drought-prone state, Texas relies too heavily on water-intensive means of electricity generation,” said lead report author Dr. Lauren Ross. “Texas’s clean energy capacity has been proven, and is substantially less water-intensive.  A robust transition from coal-fired electricity to clean energy would increase reliability and free water resources for other important uses.”

Earlier in February, the Environmental Defense Fund promoted the recommendations of a legislative briefing that was held by the Texas Coalition for Water, Energy and Economic Security. The group includes “stakeholders in the environmental and business community.”

The key takeaways from this briefing are that water and power are inextricably linked and the stress that the drought has had, and will continue to have, on our ecosystems and electric systems is a serious concern. This is not something that will go away as the climate will continue to change. Cleaner energy sources and greater energy efficiency will cut carbon pollution and help stabilize the climate, protecting our water, air and health. We need to find solutions now.

Potential for controversy lurks in just about any corner of the water-policy arena, as a Texas A&M University professor’s recent critique of a February water report from the state Comptroller’s Office showed.

Comptroller Susan Combs explained in the introduction that the report, The Impact of the 2011 Drought and Beyond, was published as part of her agency’s responsibility to “analyze trends that affect the state’s bottom line.” The document, she wrote, discusses:

… the current drought and its impacts on the state; current and future water resources in Texas; and innovative solutions governments in Texas and elsewhere are using to solve the water crisis. The current drought is the worst single-year Texas drought since record keeping began — and it may prove to be one of most devastating economic events in our history.

But Andrew Dessler, a professor of atmospheric science at A&M, wrote this to prominent climate-action blogger and activist Joe Romm of the liberal Center for American Progress in Washington:

This report is consistent with the Texas state government’s position of “See no climate change, hear no climate change, speak no climate change.” The report goes out of its way to try to suggest that the recent drought was entirely due to natural cycles, but that is an untenable scientific position. Given how much carbon we’ve loaded into the atmosphere, the question is not whether humans are affecting the Texas weather, but exactly how. I’m sorry the report let politics trump science.

The Water Development Board has been criticized, however, for continuing to rely on the multi-year dry spell of the 1950s as the official “drought of record” for use in water-supply planning.

The report by the Comptroller’s Office took note of recently published research pertinent to the question, carried out by researchers at the University of Texas, University of Arkansas and Guadalupe-Blanco River Authority:

The authors of the tree-ring study, published in December in the Texas Water Journal, wrote that more severe droughts in the past mean continued use of the 1950s drought is “questionable”:

Most water planners in Texas at present use the drought of the 1950s, 1950–1956, as a worst-case scenario. Our reconstructions show, however, that a number of extended droughts of the past were longer and/or more intense than the 1950s drought. Furthermore, extended droughts have been a consistent feature of Southwestern climate since the 800s, including at least four megadroughts 15- to 30-years long centered in central or northern Mexico. This and previous studies indicate that severe decadal-scale droughts have occurred in Texas at least once a century since the 1500s. Current use by water planners of the 1950s drought as a worst-case scenario, therefore, is questionable. When water managers consider past droughts, population growth, and climate change, it becomes highly probable that the future poses unprecedented challenges.

The EDF blog post on the legislative briefing noted that one of the speakers, state climatologist John Nielsen-Gammon, an atmospheric sciences professor at A&M, had advised in his remarks there that climate change is also “an important enough factor in the drought that it must be considered in long-term water planning.”