The new czar and Texas 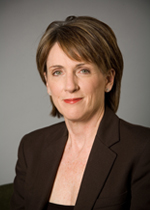 At least one thing already seems certain with regard to the future relationship between President-elect Barack Obama’s administration and the state of Texas on the intertwining subjects of climate change and energy:

There will be disagreement on the climate issue between Gov. Rick Perry and Carol Browner, reportedly Obama’s choice to be the top White House official on climate and energy policy – the “climate czar” or “energy czar,” as some say.

Browner was an aide to then-U.S. Sen. Al Gore before he became vice president and the world’s most prominent advocate of sweeping action to address what he calls “the climate crisis.”

In the Clinton-Gore administration, Browner served as administrator of the Environmental Protection Agency. The New York Times, reporting her probable inclusion on Obama’s team of top energy and environment officials last week, called Browner “an acolyte” of Gore.

Perry has stated a view of Browner’s former boss that no Gore acolyte would share. 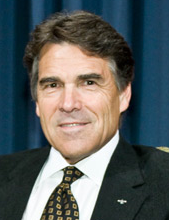 Last year, speaking to a gathering of California Republicans, he said: “I’ve heard Al Gore talk about man-made global warming so much that I’m starting to think that his mouth is the leading source of all that supposedly deadly carbon dioxide.”

Referring to human-caused warming, a Perry aide later told the Austin American-Statesman that the governor was “not convinced that it’s an issue.”

In recent weeks, Perry has been speaking out forcefully against the EPA’s possible regulation of carbon dioxide, the principal greenhouse gas blamed by scientists for a warming atmosphere and the other climate changes they project will occur as a result. He argues that such regulation would cause serious harm to the Texas economy and it would be better for the federal government to emulate Texas’ actions such as the fostering of wind energy.

(In 2006, when Perry announced a $10-billion private-public partnership to expand wind-energy infrastructure, his office implicitly referred to climate change when it noted in a press release that “for every 1,000 megawatts generated by new wind sources, Texas will reduce carbon dioxide emissions by six million tons over the next 20 years.”)

Texas sided with the Bush administration in opposing a lawsuit by Massachusetts and other states, cities and environmental groups, which sought to compel regulation of CO2 and other greenhouse gases by the EPA.

The Supreme Court last year ruled 5-4 in favor of the plaintiffs, opening the door to such regulation when it declared that the Clean Air Act does grant the EPA the necessary authority to regulate greenhouse gases as “pollutants” under that law.

As EPA administrator in the 1990s, Browner had testified before Congress that the agency indeed had that statutory authority, specifically with regard to CO2. The EPA’s general counsel later drafted a legal opinion supporting Browner’s stated view at the request of Tom DeLay, the former Republican House member from Texas. After taking office in 2001, the Bush administration took a contrary view, leading to the lawsuit by Massachusetts and others.

The exchange with DeLay over CO2 was by no means Browner’s only occasion for sparring with Texans while she headed the EPA.

Notably, she is remembered in Washington as a defender of the 1990 version of the Clean Air Act – signed into law by the first President Bush – when it came under attack by some Republicans after their party won control of both houses of Congress in 1994.

Among those taking aim at the 1990 act were three Republican House members from Texas – DeLay of Sugar Land, Rep. Joe Barton of Ennis and former Rep. Steve Stockman of Friendswood.

Ultimately, their efforts to overhaul the law came up short. Most of its mandates requiring pollution reductions in urban areas across the country, including several in Texas, remained in force.

Browner “gave ground on a couple of things to siphon off some of the opposition building on the act,” Frank O’Donnell, president of the Washington-based environmental group Clean Air Watch, recalled for Texas Climate News.

“She was trying to be pragmatic,” O’Donnell said. “They (the Clinton administration) looked at it and said they definitely didn’t want the whole Clean Air Act opened under a hostile Congress.”

Browner also “stuck her neck out” in support of tougher standards for two pollutants long regulated under the air law – ozone (the main ingredient of smog) and tiny airborne particles – against opposition from powerful figures within the Clinton administration itself, O’Donnell said.

“She literally had the whole cabinet opposed,” O’Donnell said, “but she held her ground on that one.” He added that one key official who took Browner’s side in the internal debate was Rahm Emanuel, an aide to Clinton at the time. Emanuel was recently appointed to be Obama’s White House chief of staff.

Ultimately, Browner prevailed and the Clinton EPA did propose the stronger ozone and particle standards, which were then challenged by an industry lawsuit and upheld unanimously by the Supreme Court in 2001.

In a 1998 interview with the Houston Chronicle at a Regional Air Quality Summit convened in Houston by then-Mayor Lee Brown, Browner stressed a pragmatic but committed approach to environmental protection.

She said then that the EPA under her leadership would be flexible in allowing different pollution-reducing methods to meet federal clean air standards in urban areas that failed to comply, but would insist that those standards be met.

In another interview with the Chronicle, just before she left the top EPA job in 2001, Browner cited her initiatives to clean the air first when she was asked to list the accomplishments of which she was proudest.

In her official biography on the EPA’s website, dated February 1999, “Protecting the Air We Breathe and Our Climate” is the first of several headlined sections.

The text declares that Browner “has taken action against one of the nation’s most serious threats: global warming. She believes the country, working together, can address this problem in ways that grow our economy and improve our competitiveness. For example, under her leadership, EPA has built partnerships with thousands of businesses and organizations to use energy more efficiently.”

One of Browner’s soon-to-be administration colleagues – Steven Chu, the Nobel Prize-winning physicist who is Obama’s pick to be secretary of energy – likewise is deeply concerned about the climate issue, the Washington Post reported last week:

“Chu’s views on climate change would be among the most forceful ever held by a cabinet member. In an interview with The Post last year, he said that the cost of electricity was ‘anomalously low’ in the United States, that a cap-and-trade approach to limiting greenhouse gases ‘is an absolutely non-partisan issue,’ and that scientists had come to ‘realize that the climate is much more sensitive than we thought.'”