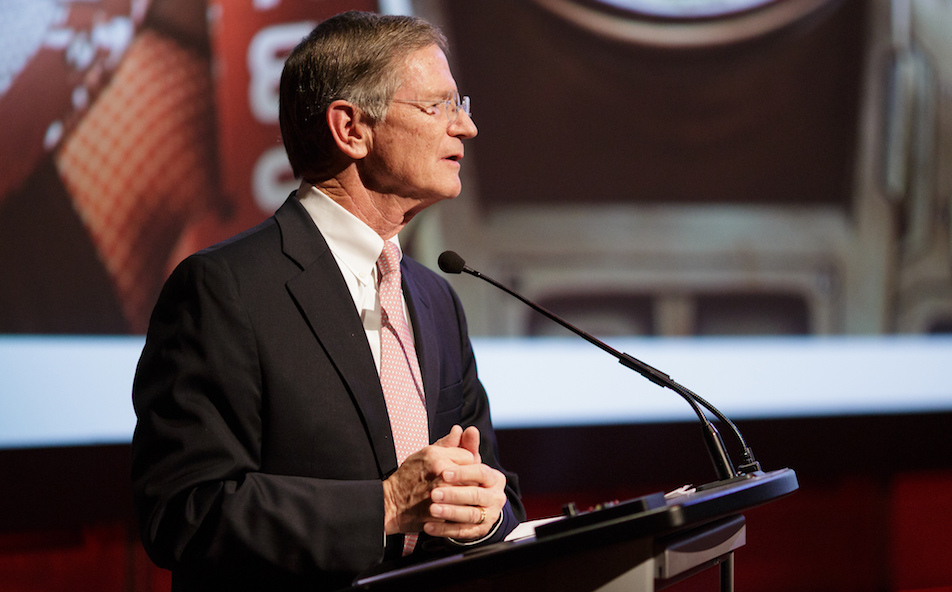 Forget the ivory tower. To U.S. Rep. Lamar Smith, a Texas Republican who chairs the House Science Committee, science is a battleground.

Since TCN last chronicled Smith’s feud with federal climate scientists at the National Oceanic and Atmospheric Administration (NOAA), the exchange of fire has barely abated.

The latest:  Smith sent the Environmental Protection Agency a letter Feb. 23 requesting information on the air travel of Janet McCabe, acting head of EPA’s air office, and a chief advocate of the Obama administration’s main climate initiative, the Clean Power Plan. The letter implied that it was hypocritical for McCabe to expend carbon to fly home to Indianapolis most weekends. Claiming he was doing “oversight,” Smith went on to ask for records on all high-level EPA employees who routinely commute by air.

It made a fair splash in the right-wing media — the Daily Caller, the Libertarian Republic, and so on. But got minor notice elsewhere. The hypocrisy beat is a small one in the Washington press corps. Washington reporters know well that a large fraction of legislators also commute home to their districts every weekend. This is why the congressional work-week is only three or four days long. Smith himself has homes in his San Antonio district and on Cape Cod.

Smith had reason to pout about air travel. He had fired off a press release back on June 10, 2015, after EPA issued a scientific finding that emissions from commercial aircraft contribute to global warming. He saw it as a precursor to regulations and “next leg of a nonstop journey by the EPA to control how Americans live, work and travel.” EPA has yet to propose climate regulations for airplanes, but on Feb. 8, 2015, the U.S. joined 22 other nations in announcing that they had reached a long-stalled international agreement to cut emissions back.

To read the headline on another Smith press release (“Smith Urges Court to Block EPA Power Plant Regs,” Feb. 23, 2016), one might think he had single-handedly stood in the way of the Clean Power Plan. He quickly acknowledged that over 200 members of Congress and attorneys general for 27 states had done the same.  The Supreme Court on Feb. 9 issued a temporary stay keeping the CPP from moving forward while it heard the challenge.

Smith had previously confronted NOAA over its June 2015 climate study concluding that there had been no “pause” in global warming in recent decades. Many in the contrarian camp (people who variously reject, deny, doubt and/or downplay human-caused climate change and the broad scientific consensus behind it – Smith among them) had relied on the “pause” theory to bolster their arguments. They did not welcome the NOAA study, and Smith charged that it was “suspicious when NOAA alters data to get the politically correct results they want.”

NOAA published all its evidence and methodology. But when the agency declined to give Smith’s investigators every last email from the many scientists involved in the study, he subpoenaed them. Scientists objected. TCN reported that brouhaha back in October.

The confrontation for a while seemed to have ended with a whimper rather than a bang. After NOAA stiff-armed the request and drew outraged support from science groups, Smith revised downward his document request, and NOAA turned over about 100 documents in mid-December 2015. They have not been released, but if a smoking memo were among them, it would likely be in the news by now. It looked for a while like the confrontation had blown over.

Since then, science may have achieved what politics and polemics had not. Science, that is, in the sense of a collegial, open-minded discussion of the evidence. Eleven authors in a published paper in the scientific journal Nature Climate Change, including “hockey stick” scientist Michael Mann from Penn State (long a vocal critic of the “pause” school), criticized the NOAA paper on technical grounds and said some slowdown in the rate of warming had occurred. They did also stress that warming continues and that it is largely manmade. Climate contrarians (including Smith himself) seized on this. The authors of the new study told them not to take too much comfort from it.

But then, in February, Smith renewed his pressure on NOAA for documents. While, in December 2015, he had restricted his request to only emails from political and policy staff to the NOAA scientists, he re-expanded it last month, in a Feb. 22 letter to NOAA Administrator Kathryn Sullivan. Scientists again objected. Michael Halpern of the Union of Concerned Scientists posted a blog item Feb. 26 headed: “The Chair of the House Science Committee Is Harassing NOAA Climate Scientists Again”.

[Update: Smith has continued his critical attention to NOAA’s climate research since this article was posted.]

It’s still too soon to predict how the saga will end. But, in an election year, persistent controversy is a good bet. And global warming may eventually resolve issues that political bickering cannot.

Texan and GOP presidential contender Ted Cruz, for example, who fiercely derides mainstream climate science and those he terms “global warming alarmists,” had been saying that satellite data disprove the rising average temperature readings from surface stations across the globe. Reconciling satellite and surface measurements is a complex technical subject, and not many climate scientists would adopt Cruz’s view of it. Now new corrections to the satellite data – combined with a very hot February 2016 reading – lead more scientists to say the warming is undeniable.

Joseph A. Davis, a veteran reporter on environmental and energy issues in the nation’s capital, is the Washington correspondent of Texas Climate News.

Lamar Smith and Ted Cruz both reject the findings of mainstream climate science, including the central conclusion that heat-trapping pollution is the main force now warming the atmosphere and thereby triggering a dangerous set of climatic changes.

“I think the human component may actually be a small fraction of the contributing forces on climate change,” Smith told a constituent meeting last fall. 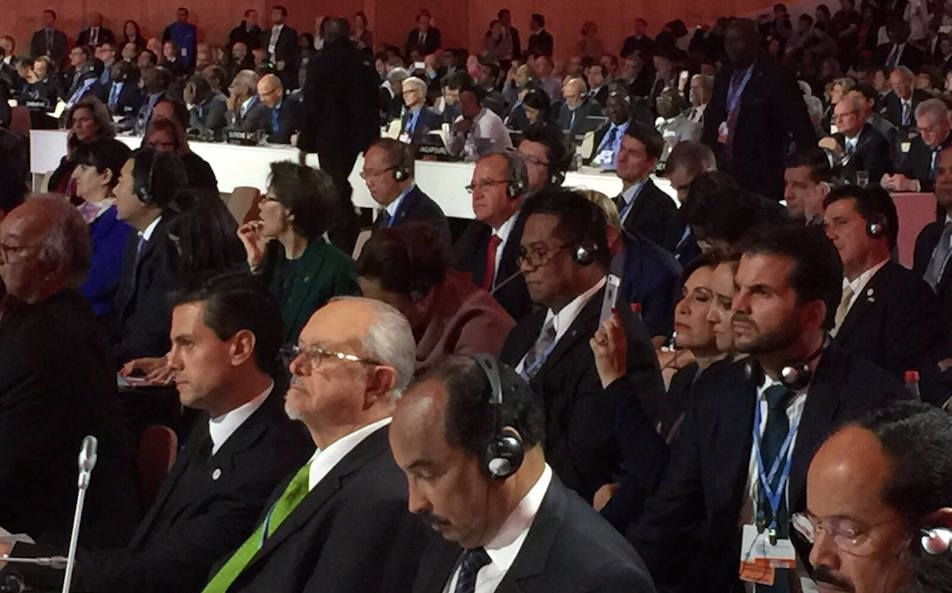 Delegates of nearly 200 nations convened at the Paris climate summit.

In December, Cruz held a hearing that “showcased witnesses who questioned the findings of climate science,” in NPR’s summary description. The next day, he told NPR that climate change is actually about “liberal politicians who want government power over the economy, the energy sector and every aspect of our lives.”

Those are strongly held positions, but increasingly lonely ones in the arenas of international science and policymaking.

In dramatic contrast to Smith’s and Cruz’s views, the vast majority of climate scientists worldwide agree with the 2014 conclusion of the Intergovernmental Panel on Climate Change (IPCC) that warming of the climate system is “unequivocal,” and it’s “extremely likely” that manmade greenhouse pollution and other human influences were “the dominant cause” of most atmospheric warming since the mid-20th century. (The IPCC defines “extremely likely” as a confidence level of 95-100 percent, which others have noted is the same confidence that medical science has in saying smoking causes lung cancer.)

Last December in Paris, 195 nations – including many with governments led by conservative parties, such as Germany, Britain, Japan and Australia – effectively endorsed the IPCC’s scientific conclusions by agreeing to undertake a vast global effort to slash those emissions in an effort to avoid the most catastrophic consequences of a warming climate.