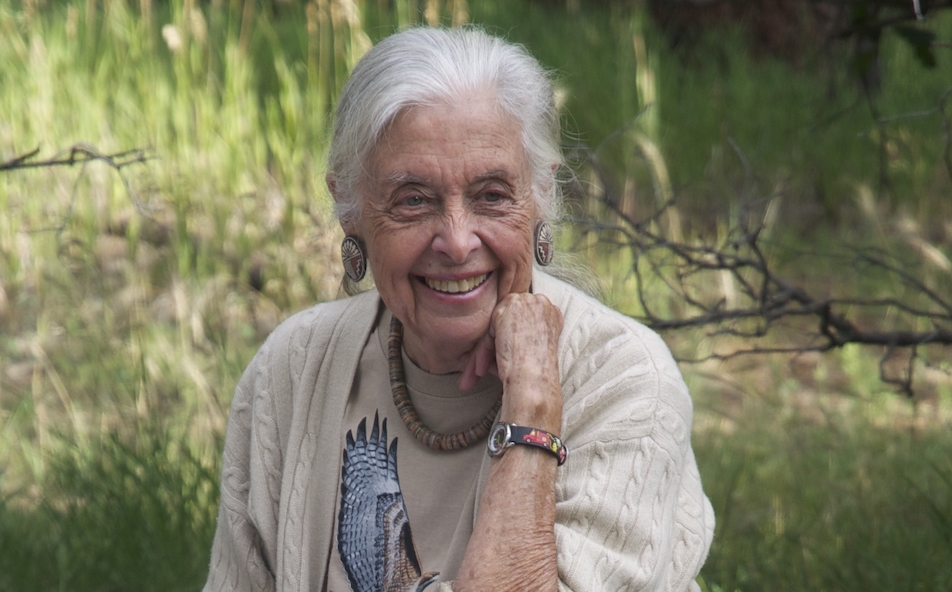 Led by Mayor Sylvester Turner, Houstonians gathered last week on the grassy banks of winding Buffalo Bayou to celebrate the life and work of Terry Hershey, the legendary conservationist who died in January at 94.

The site near downtown was a fitting location for five bur oaks to be planted in Hershey’s memory beside the bayou – the Bayou City’s most renowned – because she is credited with playing the leading role in saving it from being turned into a straightened, concrete-lined canal as part of a flood-control scheme.

In the late 1960s, Hershey teamed with the prominent Houston businessman and philanthropist George Mitchell to persuade former President George H.W. Bush – at the time, representing a Houston district in the U.S. House of Representatives – to oppose the plan and preserve Buffalo Bayou in a natural state.

Bush would famously call Hershey “a force of nature for nature” – a memorable description remembered at the tree-planting ceremony. But saving Buffalo Bayou as a natural and now park-bordered stream, including one park bearing Hershey’s name, was far from her only accomplishment.

Among the many others: She organized an initiative in the 1970s to add parks to Houston, then a boomtown with far less park acreage, per capita, than many other cities. She founded enduring Houston conservation groups. As a member of the Texas Parks and Wildlife Commission, she championed both state parks and use of the conservation easement, a legal instrument that helps landowners protect wildlife habitat on private property.

Jim Blackburn, an environmental attorney and Rice University professor who has been actively involved in an array of Houston’s environmental issues for decades, described Hershey as the city’s “environmental godmother.” (Late in her life, Hershey was a financial contributor to Houston-based Texas Climate News.)

In 1995, I was the Houston Chronicle’s environment writer and decided to mark that year’s 25th anniversary of the first Earth Day by interviewing Hershey, then serving on the Parks and Wildlife Commission, to seek her reflections on the environmental achievements of the preceding quarter-century and on the then-building attacks upon many of them.

One prominent example of that era’s assaults on environmental measures was the ultimately unsuccessful effort by Tom DeLay, a Houston-area Republican serving in the U.S. House of Representatives, to rescind the tougher, updated version of the federal Clean Air Act that had become law in 1990. The strengthened anti-pollution law had been championed by a Houston Republican who was then in the White House – the same George H.W. Bush who had heeded Hershey’s appeal to help preserve Buffalo Bayou more than 20 years earlier.

Hershey’s comments in the 22-year-old interview bear revisiting, not just to learn some Texas conservation history, but because mid-’90s attacks against environmental laws are similar to developments today, as President Donald Trump and Republicans in the GOP-controlled Senate and House take aim at numerous environmental-protection regulations and programs.

Here are excerpts from the Chronicle article, published April 16, 1995:

[Hershey] confesses to bewilderment at the past year’s successes by vehement critics of the major environmental laws that the first Earth Day helped inspire. Those victories contributed to [the election in 1994 of] new Republican majorities in the U.S. House and Senate.

“I’m just genuinely puzzled by this bit-in-the-teeth-ism, the sort of un-scared folks,” she said. “I think if you read a lot, if you’re aware of the problems of the planet and have any sense and imagination, you ought to be kind of scared.”

She said she hopes broadsides at environmental protection efforts prove to be a “blip” on history’s screen.

Hershey said she believes the burgeoning environmental awareness of the first few Earth Day observances in Houston was inspired by the fact that “you could smell the air and look at the water – and it was bad.”

Local industries, complaining of the added cost of reducing their pollution that they would incur in changing their ways, “were throwing their trash into the water and into the sky and it became a burden for all of us,” she said.

Now, while the laws that attacked those problems can justifiably be “adjusted” in the light of new information, Hershey said she was “perplexed” by some newly elected lawmakers who “seem to want to void the social contract by which we must live in harmony with ourselves and nature.”

One reason for her perplexity, she said, is that “it never has been a true argument between economics and the environment. Bad business practices of throwing waste over the fence for later generations to clean up have resulted in horrendous bills.”

She subscribes…to the broad concept known as “sustainable development” as the principle needed to meld economic productivity with conservation consciousness.

“If we are a rational species,” Hershey said, “surely we can heed the abundant evidence that we are pushing the carrying capacity of the planet. Surely a rational control of our fecundity is better than too many people competing for too few jobs, too little resources.” 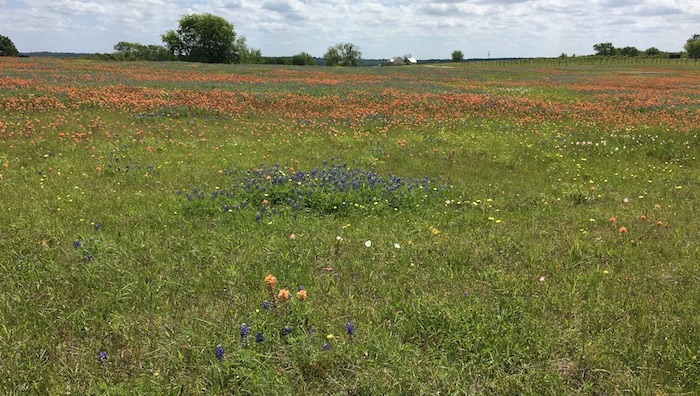 Terry Hershey is remembered as a woman who was “sometimes gentle, sometimes forceful” in protecting nature. This photo, taken last month near Navasota, between Houston and College Station, reminded Judy Boyce of a day when Hershey, then in her 80s, showed she still could be spontaneously forceful when she thought the situation warranted. It happened just a few miles from the field shown here. Boyce, executive director of the Jacob & Terese Hershey Foundation, recalled the moment: “In 2003 or 2004, Terry and I were driving to Texas A&M in College Station to attend a banquet for students in the Recreation, Parks and Tourism Sciences (RPTS) Department. Scholarships are given annually to RPTS students in Terry’s name. The wildflowers along Highway 6 were spectacular that spring. Terry spied a man on a tractor busily mowing down the wildflowers at their peak bloom. She ordered me to stop the car and pull over. She jumped out and marched up the hillside and lectured the mower that he should wait to mow until after the wildflowers have gone to seed. He explained that they were preparing for the opening of the Boy Scout camp there. We drove off and hoped he would stop mowing. Driving back to Houston late that night, we were unable to determine if he had indeed stopped.”

Terese “Terry” Hershey was a financial contributor to Texas Climate News. The Jacob & Terese Hershey Foundation is a past and current supporter. All editorial decisions at TCN, a nonprofit news site, are made by our independent journalists without direction from our donors or others.