For more livable cities, landscape architect says answer the call of the wild 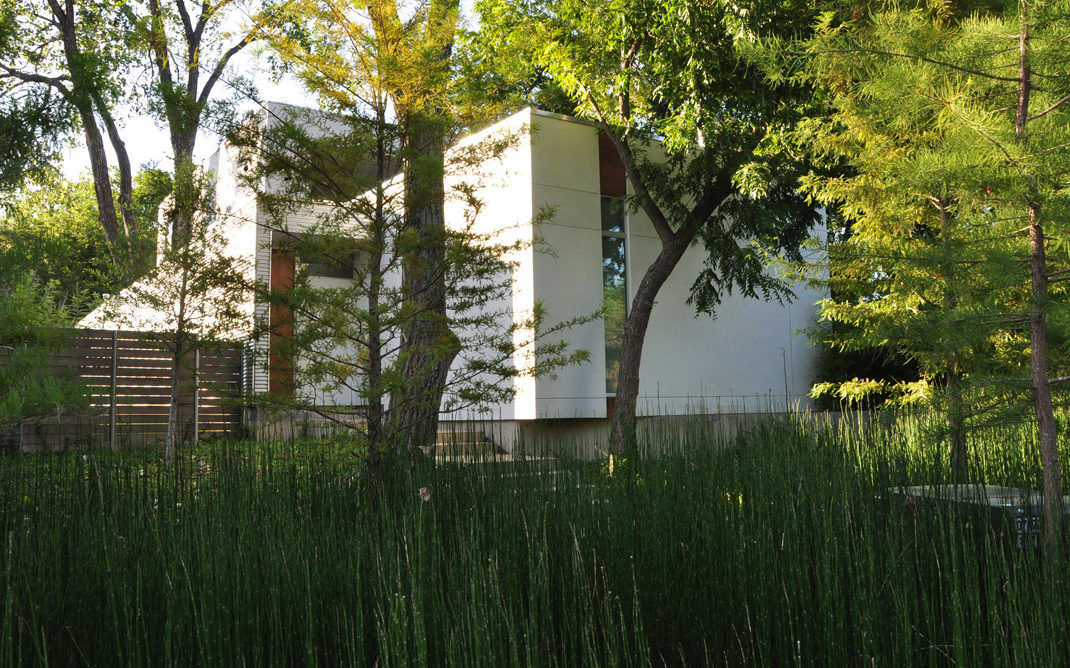 With urbanization and sprawl ongoing concerns in Texas cities, the question of how to build in ecological resilience grows more pressing. Kevin Sloan, a landscape architect in Dallas and professor at the University of Texas at Arlington, has been a big proponent of “rewilding,” a practice of designing green space to attract wildlife and reframe cities. Austin journalist Asher Elbein explored the meaning and promise of rewilding in a conversation with Sloan. The interview for Texas Climate News has been edited for length and clarity.

What is rewilding and why is it important?

What I, along with others, have come to use this word to describe is a process for how to approach environmental design. Everyone understands that for centuries architects have tailored building designs for the occupants those buildings shelter. If you’re building a house, there are private spaces, public living rooms. But even though we’ve built great gardens, parks, and exterior environments, we’ve never really asked what kinds of fauna these environments shelter. Of course when we design a park and plant trees, we know that birds will nest in those trees. But we’ve never made it anything deliberate.

We’re coming to realize that any exterior environment can be rewilded for a program of fauna that might include migratory pollinators, butterflies, honeybees, birds, maybe some small amphibians, and that the plant selections and design strategies account for – in a very deliberate way – the accommodation of those species.

Whether it’s a traffic island going into your motor-bank or an urban park or the Trinity River floodway corridor [in Dallas], you just ask the question: What could this area that I am about to affect reasonably accommodate for animals? And then design with that in mind.

You mentioned wanting to design for pollinators. Are there circumstances you can see where you would want to design cities to have more flexibility for larger animals?

Never before in the history of the human condition have we made cities that enabled wildlife – true wildlife – to be inside them. Before the industrial age, cities were very clearly defined by their own boundaries, whether it was fortification walls or something else physical. Nature and the wild were outside of that.

This is the turning point for me that’s very exciting: We now have made a condition where wildlife and our suburban society coexist. One is sort of superimposed with the other. 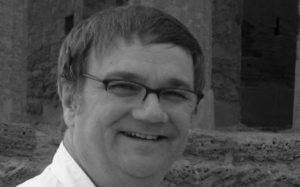 The journey started in Florence, Italy, of all places, where I had my first revelation about architecture being in service to making cities. Until that time I was only interested in being the sort of architect who designs individual buildings or projects that attain a certain kind of acclaim. It never occurred to me that buildings are actually what constructs cities until I’d lived in Florence during my graduate years and experienced the great collective phenomena of a place like that. So I wanted to come back to America and find a way to accomplish the same thing, and find solutions for cities that hadn’t been shaped in those Renaissance terms.

I started doing projects where there was some corridor of nature running through them – like the Urban Reserve [housing development] in Dallas, which is right on White Rock Creek, where the creek literally runs along the development as a sort of living fabric of cohesion.

So we did a few more projects, and suddenly we realized that all of these projects had a common thread of being on a waterway of some kind – the Trinity River, a creek, a ravine or a swale or a greenbelt – and we started noticing that nature could actually be a driving force to get Americans to accept denser patterns.

Because the big selling point of suburban lifestyle is having your own greenery, with the knock on urbanism traditionally being, “Oh, there’s no greenery.” But if you’re folding massive public greenery into these hyper-dense developments, you’re sort of getting the best of both worlds.

You are. And to me, this is what’s exciting. It was finding a strategy that would somehow tap into a cultural affinity, and I think the cultural affinity was right in front of us the whole time. It’s called nature. Whether that nature is a bloody golf course, or it’s a lakefront or a creek front, nature can be very broadly defined and very broadly attractive and appealing to individuals.

Like Vitruvian Park [a Dallas-region development]. This was a mixed use, high-density urban enclave. About a hundred acres. It had an otherwise featureless ravine that had been trashed running through it. We cleaned it up and turned it into a 17-acre park, and it has been 100 percent leased since day one. It opened about nine years ago.

[The project succeeded] because of the nature, not because of the spatial ideas that informed the urban space-making. The thing that drew people was the 17-acre spring-fed park. They feel like they’re living in a resort hotel; they can go out and walk around this mile-long path. That was when we started to feel like we were getting somewhere. We were finding a strategy that would be acceptable to a largely suburban and Texan society.

Plus, these watershed corridors are filled with wildlife! So suddenly we had a situation where you can have the forest and nature on one side of your block and walkable streets and urbanity of a very charming sort on the other side.

The Airfield Falls Conservation Park in Fort Worth is one that demonstrates that rewilding doesn’t have to be anti-design. This is a 17-acre project very close to what was formerly Carswell Air Force Base – the great strategic command Air Force base full of B-52s that protected North America during the height of the Cold War. Now it’s a small naval air station. So the base shrunk, and now there’s a natural waterfall that became publicly accessible.

We had to build a trail-head park to provide access for individuals who’d want to take their bike there and get access to the waterfall, the tallest natural waterfall in North Texas. The quarter-mile-long walk along the creek from the trailhead to the waterfall has been rewilded with a dense planting of pollinator-attracting perennials.

And it’s been enormously successful because nested within this landscape was the design of some architectural shelter houses for picnics, a jet aircraft display that we had to install to reference the site’s prior history. We even used the taxi-way lights themselves to indicate where you’re parked in the water-harvesting parking lot.

When you begin to embrace a notion like rewilding, it doesn’t mean that you switch your brain off and you’re somehow anti-design or that this is some sort of granola kind of thing where everything’s going to be made out of reconstituted bark.

What are the ecological impacts of rewilding or the implications around climate-change resilience?

North Texas and Dallas specifically are part of what’s called the Blackland Prairie, which originally was a subset of the North American Great Plains, a biome and ecology that’s larger than the Mediterranean. The Blackland Prairie was about 170 million acres, and according to the United States Nature Conservancy, less than 1 percent of it still exists. It’s the most threatened ecology in North America.

And what comes of rewilding is the idea that with every landscape project we’re reconstructing habitat to some degree. It’s not original habitat, because it has to be synthetically adapted, sometimes to be in a neighborhood park. Not every project is for the bobcats, nor should it be. But with it, we can begin to make more conscious strides back toward a direction where we’re recovering and we’re reconstructing and we’re moving the needle from one percent to maybe something more than one percent.

If we make rewilding a conscious thing, every time we affect the exterior environment, we’re not just making places for us. We’re reconstructing the environment with these concentrated offerings, and that all together becomes very beneficial to recovering part of the environmental damage we’ve been doing for the past 100 something years.

What are some of the interesting rewilding projects that have happened or are currently happening in Texas?

There aren’t very many. Right now there’s a lot of things that are very close to it. Laura Bush, the former first lady, has done a spectacular reconstruction of the blackland prairie down on their Crawford ranch. One of the most spectacular I’ve ever seen in terms of getting the invasive species out and reestablishing that original plant ecology. We have several examples like that out there.

One project we’re trying to do here in Dallas is being championed by the National Audubon Society, and that’s a project to take the Trinity River floodway corridor that goes right through downtown and rewild 200 acres of it as habitat for migratory bird species, waterfowl, ducks. It’s a different approach than Houston took to Buffalo Bayou, because they wanted to take their bayou and cultivate it. They did a work of landscape architecture. And it was beautiful and very celebrated and award-winning, and Hurricane Harvey came along and buried it under several feet of silt.

So up here in Dallas, they’re realizing that going with the flow for the Trinity project is probably the only kind of landscape that can tolerate the inundation and regeneration that happens after every flood event. And with that we end up with a 10,000-acre nature park running right through the middle of a major American city. I think landscape architecture was on the right track when it started looking at native plants, but rewilding is really the final track.

What are some small-scale things that you can do to promote rewilding if you’re a homeowner or live in an apartment?

Everybody can do a five-by-five rewilding project in their backyard! That’s absolutely possible. I calculated how many households it would take doing 25-square-foot projects in their backyard to ultimately reconstruct a thousand acres of blackland prairie. All you have to do for a weekend project is go out, find a sunny spot in your backyard, and do a little research on the grass and plant species that would do well in your situation, and then nurture them until they’re established.

If you do it, they will come – the butterflies show up. The hummingbirds show up. I don’t know how they find this stuff, but they do. That’s what people can do – stop mowing your backyard like it’s a piece of England and reconvert a patch of it into a part of the natural landscape and then watch nature come to you.

Asher Elbein is a freelance writer based in Austin.