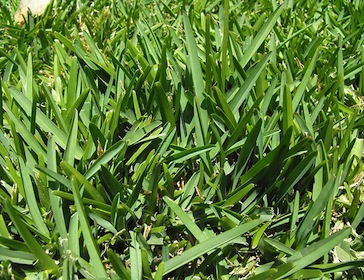 By Ross Ramsey
The Texas Tribune

In big Texas cities, the state’s water shortage can seem like someone else’s problem.

Drought has been in the news a long time, but rates haven’t gone up. Water still comes out when you turn on the tap. The golf courses are still green, and so are the lawns.

Some places do have restrictions; the state keeps a long list of them. El Paso residents pay fines if the sprinklers in their front yards accidentally water the streets. Austin restricts watering to one or two days per week, depending on the level of concern over water at any given time. West Texas towns and cities operate at high levels of alert, and one medium-size city, Wichita Falls, is on a list of cities that could run out of water this year.

In the suburbs, where a lot of voters live in houses encircled by grass, and where that grass is sometimes a measure of how well or how poorly the Joneses are doing, water restrictions are a touchy subject.

Which brings us to the Battle of St. Augustine.

At some point, the realities of water in Texas will reach a point where it is impossible to lay all of the drought’s harm on someone else. Lawns — and whether to keep them in the face of a protracted water shortage — come into the argument.

Wichita Falls, home to more than 100,000 people, is on the state’s list of communities that could be without water in 180 days. Watering is restricted to once a week, and it could be tightened if things don’t improve quickly. The next level, Stage 4, would be a ban on outside watering, on filling pools and, perhaps, on industrial uses of water.

Lawns surround voters, some of whom believe the lush patches of St. Augustine grass around their noble homesteads are a God-given right, or at least an unassailable perk of owning homes in the blessed state of Texas. Threatening those lawns could make a populist issue — a loud and unstable political problem — out of the state’s water shortage.

West Texans live in the brown part of the state, where the vegetation is thin and the expectations for green landscaping are modest. But the water trouble has reached the suburbs, as have the politics.

The Texas Senate has started work on legislation that would allow a homeowner to switch to native grasses without legal retribution from their homeowners’ association.

Those associations, baked into real estate covenants when people buy homes in some areas, are set up to protect everyone’s interests against neighbors who let their properties go.

All sorts of things are prohibited, depending on the contract: weeds and overgrown plants, cracked paint, chickens, metal roofs, perpetual garage sales and, in some cases, lawns that are anything but green, well-trimmed carpets of grass.

Native grasses are tough. They use less water. They have smaller blades. They can handle summer heat. They are, in other words, adapted to Texas.

Also, they are not as socially acceptable as popular grasses, like the St. Augustine used in yards throughout the state. That grass is pretty, green, soft and thirsty.

New development is part of the problem. While new homes get more energy-efficient every year, they get less and less water-efficient, according to Luke Metzger of the advocacy organization Environment Texas. “They actually use more water,” he said.

Metzger’s group wants some of the focus that is currently on building reservoirs moved to conservation.

Lawns aren’t the only problem with water, or even the biggest one. They are politically interesting, though, and hazardous for the average legislator or policy maker.

Lawns are at the bottom of what Tom Harrison, who is in the water business and is a director of the Central Texas Water Coalition, compares to a drug addiction, linking the Colorado River in the Texas Hill Country —where people are being asked to conserve water — to downriver on the Texas Gulf Coast — where grass for their lawns is grown.

“The sod and turf farms down there pull the same water the rice farmers use,” he said. “They grow the grass there with free Colorado River water and sell it to us, and then tell us not to water it. Things like that just don’t make sense.”

This article originally appeared in The Texas Tribune at http://www.texastribune.org/2013/03/25/drought-response-sparks-battle-st-augustine/. Based in Austin, the Tribune is a non-partisan, non-profit media organization that promotes civic engagement and discourse on public policy, politics, government and other matters of statewide concern.