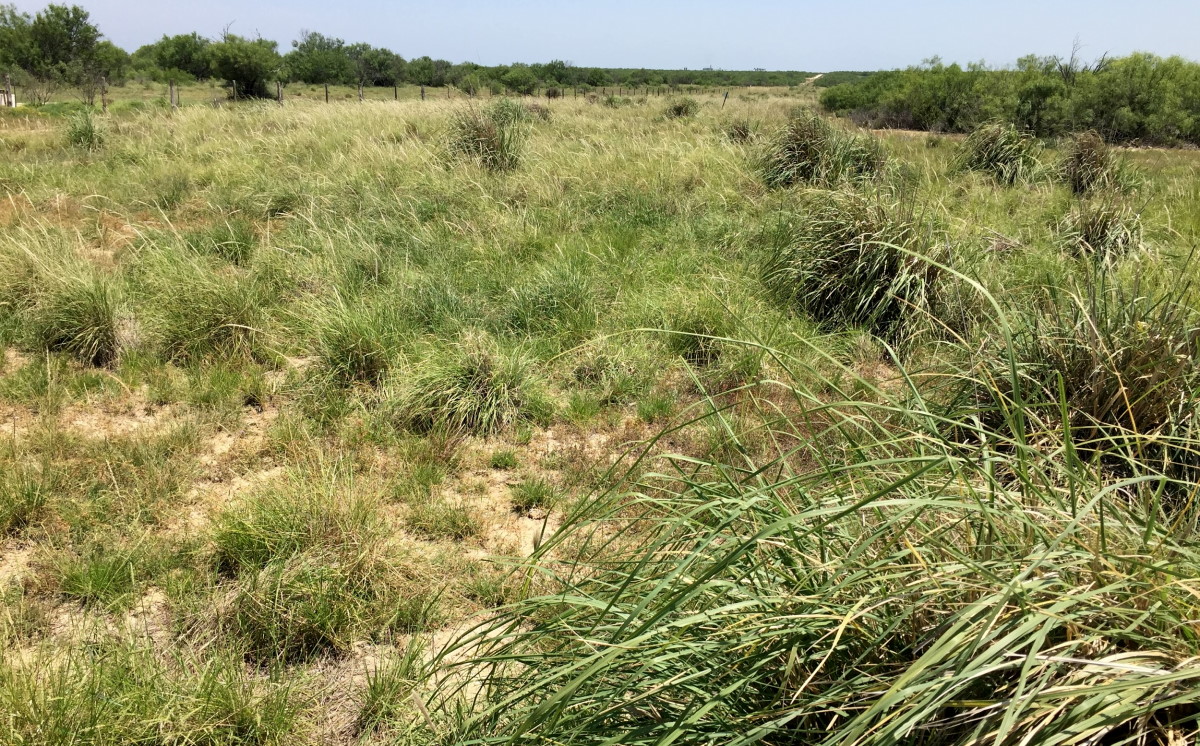 There aren’t many pastures with native grasses left in Texas. Instead there are invasive weeds like bermudagrass and Old World bluestem. Some Texas landowners and nonprofits are working together to change that.

Restoring native grasslands takes years and is an arduous process. But the payout is significant, because when native flora returns, fauna are often not far behind. For example, bobwhite quail are popular and profitable as hunting game. Once a native grassland is established, it requires less weed control and less water. It also stores more carbon.

“Ranchers know that they can manage their prairie more economically, and that their bottom line grows,” says Matthew Wagner, retired deputy director for the Wildlife Division of Texas Parks and Wildlife Department. He still serves as a kind of midwife for ranch owners trying to restore native grasses to their property. Right now, he’s helping restore the Weston Ranch near New Braunfels.

It hasn’t been an easy process, according to Wagner. First, the team has to clear the area, which has as many as 800 huisache trees per acre. These trees, also called sweet acacia, are widespread in South Texas, with small populations in Brazos and Travis counties. While they are native, they don’t facilitate the grassy landscape that Wagner and the ranch owner are trying to create.

There were different ways the restoration team could get rid of these trees. Herbicides were an option, but since the Weston Ranch is near the well-populated Interstate 35 corridor, Wagner wanted to make sure they kept any toxic substances to a minimum.

So they decided to go with a mechanical option. “We were on the ranch this morning with another contractor who has a 100-horsepower grubber,” Wagner says. “It specifically has an implement that pulls the trees out of the ground when the soil conditions are right.”

Once the brush is cleared, the team planned to start planting native grasses. Wagner chose seeds for the Weston Ranch project based on recommendations from Forrest Smith, director of the Texas Native Seeds Program at Texas A&M University-Kingsville. This research organization started in South Texas about 20 years ago. As of 2018, the program had collected native grasses from the six regions of Texas. About 12 employees drive around the state to sites that might have native grasses. They grow those plants and observe them, watching for qualities that would make them ideal for land restoration.

“Native plants are just like any living organism,” Smith says. “Even within the same species of plants, there are different adaptations.” The researchers are looking for grasses that can produce a lot of seeds, even during stressful periods of drought or extreme temperatures. After they have identified the grass qualities of each population, they pass the seeds along to commercial seed vendors, who produce the seeds on a large scale.

Both Wagner and Smith say the blackland prairie region is the hardest to restore. Since it’s heavily developed and includes Dallas suburbia, the area around Interstate 35, and farmland, there’s just not much undisturbed habitat left for seed collectors. “All of the blackland prairie has disappeared over the last 150 years,” Wagner says. “Part of this is recovering an important part of the natural heritage of the state.”

After collecting the seeds, the next step is distribution. The team at Weston Ranch is using a machine that throws out the seeds on top of the soil and then presses them down into the dirt with sharp wheels. As with any sort of agriculture, a certain amount of luck is involved.

“Your hope is that you get good rain,” Wagner says. He recommends that ranchers plant seeds in the spring or fall to optimize weather conditions. He also advises ranchers not to allow cattle to graze an area with the new seeds for a few years, so the new plants have a chance to get established.

Landowners are a crucial part of restoration efforts. Since more than 95 percent of the Lone Star State is privately owned, projects focused solely on public lands have limited effectiveness. Smith has established partnerships with oil companies that want to distribute native seeds over pipelines. He also says he’s had success working with the Texas Department of Transportation, which is always looking for sustainable grasses and wildflowers to plant at the side of roads.

Wagner says he hopes that building a connected series of restored prairies will help protect native Texas wildlife from the effects of climate change. “We’ve got so many different issues: invasive species, changing climate,” he says. “Unless landowners work together on a large scale we won’t be able to mitigate some of those serious problems.”

Ellen Airhart, a contributing editor of Texas Climate News, is an independent science journalist and producer. She covers stories about the environment, agriculture and technology. Her writing has appeared in Popular Science, Wired, Vox, and other publications.