2022’s US climate disasters, from storms and floods to heat waves and droughts

While too much rainfall threatened some regions, extreme heat and too little precipitation worsened risks elsewhere. Climate change is intensifying such extreme events and causing them to occur more frequently. 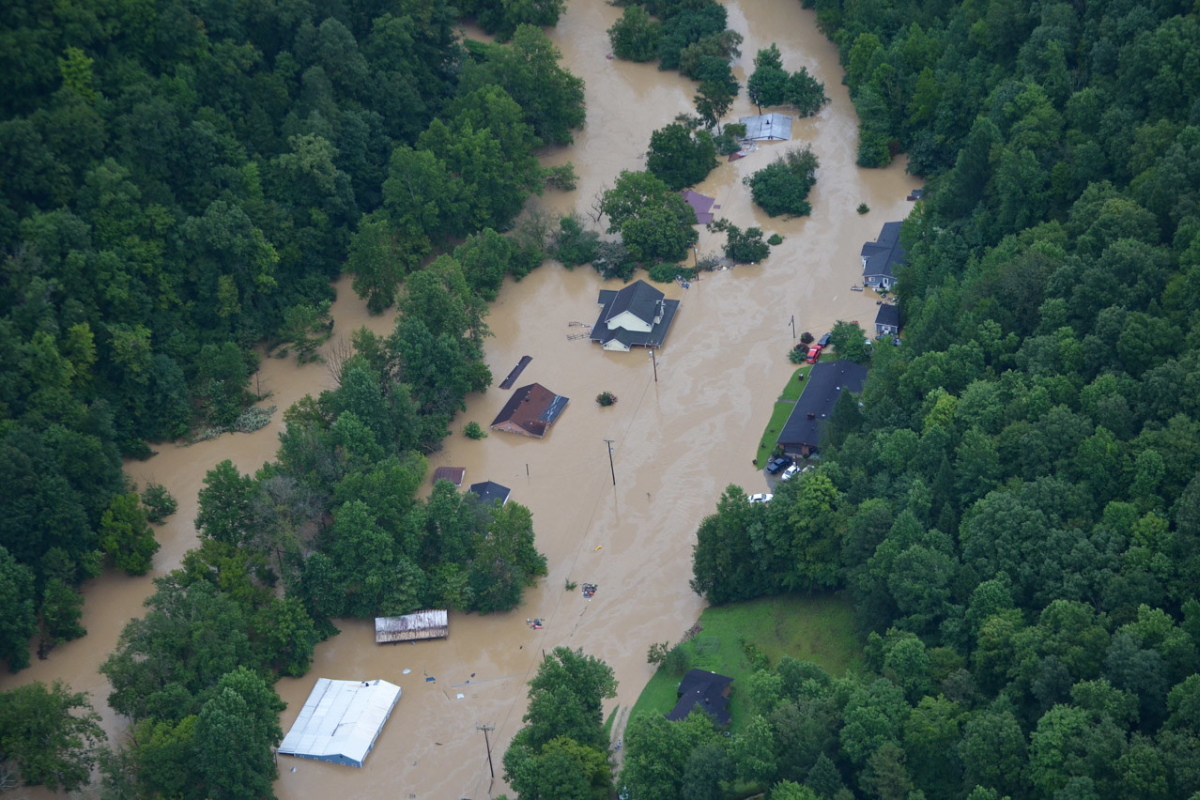 This article was originally published by The Conversation, a nonprofit, independent news organization that produces articles written by academic experts for the general public and edited by a team of journalists.

The year 2022 will be remembered across the U.S. for its devastating flooding and storms – and also for its extreme heat waves and droughts.

By October, the U.S. had already seen 15 disasters causing more than $1 billion in damage each, well above the average. The year started and ended with widespread severe winter storms from Texas to Maine, affecting tens of million of people and causing significant damages. Then, March set the record for the most reported tornadoes in the month – 233.

In the fall, hurricanes Ian and Fiona deluged Florida and Puerto Rico with over 2 feet (0.6 meters) of rain in areas and deadly, destructive storm surge. Ian became one of the most expensive hurricanes in U.S. history. And a typhoon pounded 1,000 miles (1,600 km) of the Alaska coast.

While too much rainfall threatened some regions, extreme heat and too little precipitation worsened risks elsewhere.

Persistent heat waves lingered over many parts of the country, setting temperature records. Wildfires raged in Arizona and New Mexico on the background of a megadrought in the Southwestern U.S. more severe than anything the region has experienced in at least 1,200 years.

Drought also left the Mississippi River so low near Memphis in the fall that barges couldn’t get through without additional dredging and upstream water releases. That snarled grain shipping during the critical harvest period. Along the Colorado River, officials discussed even tighter water use restrictions as water levels neared dangerously low levels in the major reservoirs.

The United States was hardly alone in its climate disasters.

In Pakistan, record monsoon rains inundated more than one-third of the country, killing over 1,500 people. In India and China, prolonged heat waves and droughts dried up rivers, disrupted power grids and threatened food security for billions of people. Widespread flooding and mudslides brought on by torrential rains also killed hundreds of people in South Africa, Brazil and Nigeria.

In Europe, heat waves set record temperatures in Britain and other parts of the continent, leading to severe droughts, low river flows that slowed shipping, and wildfires in many parts of the continent. Much of East Africa is still in the grips of a multiyear drought – the worst in over 40 years, according to the United Nations – leaving millions of people vulnerable to food shortages and starvation.

This isn’t just a freak year: Such extreme events are occurring with increasing frequency and intensity.

Climate change is intensifying these disasters

The most recent global climate assessment from the United Nations Intergovernmental Panel on Climate Change found significant increases in both the frequency and intensity of extreme temperature and precipitation events, leading to more droughts and floods.

Extreme flooding and droughts are also getting deadlier and more expensive, despite an improving capacity to manage climate risks, a study published in 2022 found. Part of the reason is that today’s extreme events, enhanced by climate change, often exceed communities’ management capabilities.

Extreme events, by definition, occur rarely. A 100-year flood has a 1% chance of happening in any given year. So when such events occur with increasing frequency and intensity, they are a clear indication of a changing climate state.

Much of this is well understood and consistently reproduced by climate models.

As the climate warms, a shift in temperature distribution leads to more extremes. For example, globally, a 1 degree Celsius increase in annual average temperature is associated with a 1.2 C to 1.9 C (2.1 Fahrenheit to 3.4 F) increase in the annual maximum temperature.

Some of these changes can create conditions such as persistent high-pressure systems and atmospheric blocking that bring more intense heat waves. The heat domes over the Southern Plains and South in June and in the West in September were both examples.

Warming can be further amplified by positive feedbacks.

For example, higher temperatures tend to dry out the soil, and less soil moisture reduces the land’s heat capacity, making it easier to heat up. More frequent and persistent heat waves lead to excessive evaporation, combined with decreased precipitation in some regions, causing more severe droughts and more frequent wildfires.

Higher temperatures increase the atmosphere’s capacity to hold moisture at a rate of about 7% per degree Celsius. This increased humidity leads to heavier rainfall events.

Even though it’s difficult to link specific extreme events directly to climate change, when these supposedly rare events occur with greater frequency in a warming world, it is hard to ignore the changing state of our climate.

This year might provide a glimpse of our near future, as these extreme climate events become more frequent.

To say this is the “new normal,” though, is misleading. It suggests that we have reached a new stable state, and that is far from the truth. Without serious effort to curb greenhouse gas emissions, this trend toward more extreme events will continue.

Shuang-Ye Wu is a professor of geology and environmental geosciences at the University of Dayton.