Coral reefs – indicators of overall ocean health – have fared better in the Flower Garden Banks Marine Sanctuary than many reefs elsewhere. But researchers have now concluded that could change as Gulf waters heat up. 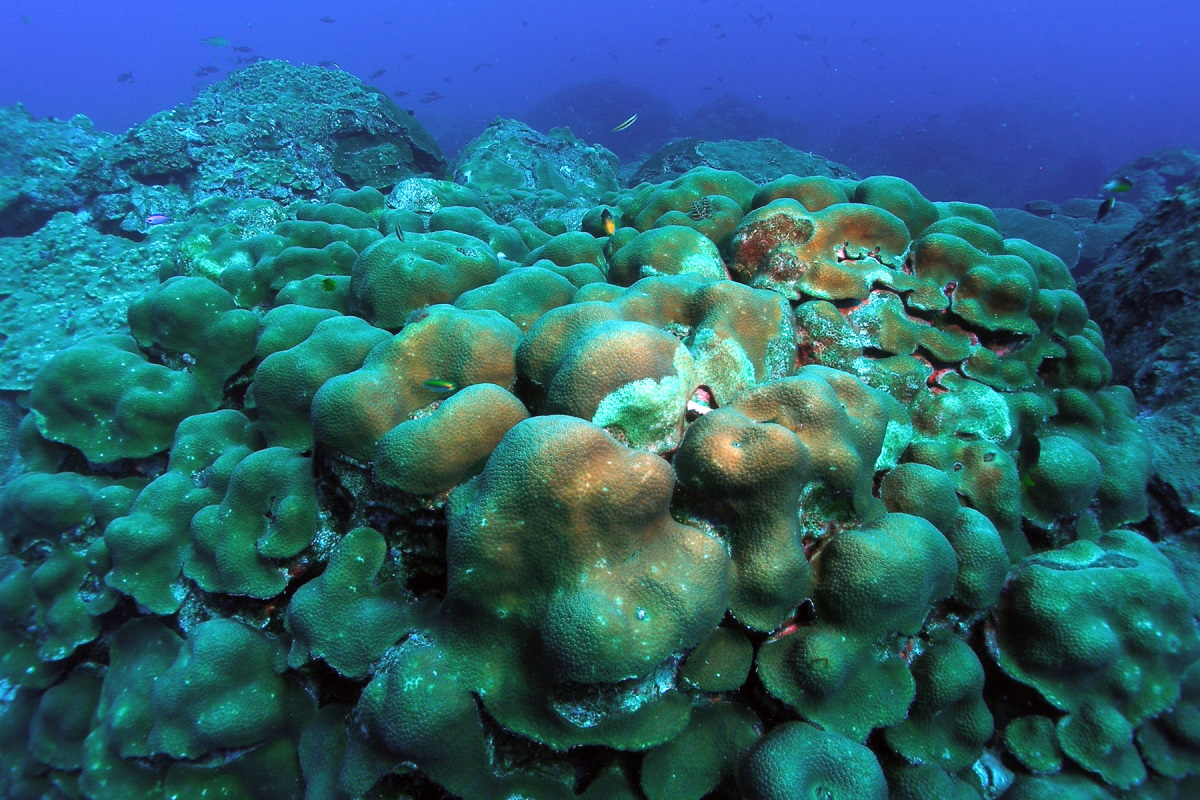 Coral reefs in the Flower Garden Banks National Marine Sanctuary 100 miles off the Texas coast have remained healthier than many of their counterparts around the world in the face of climate change. But warming waters in the Gulf of Mexico could change that, warn scientists at Rice University, the University of Colorado Boulder and Louisiana State University in a recent paper in the Journal of Geophysical Research (JGR) Biosciences.

The researchers used models maintained by the National Center for Atmospheric Research to simulate climate warming from 2015 to 2100 under two scenarios. The first was “business as usual,” with very high emissions, and the second involved reduction of emissions to high levels. An analysis of regional warming patterns in each suggested the Gulf of Mexico could see critically warm temperatures as early as 2050. The key determinant of coral mortality in each scenario is the number of months corals are exposed to prolonged temperatures hotter than the hottest average months projected for 2015-2034.

One of the clear findings is that it matters which scenario prevails, according to Sylvia Dee, a climate modeling expert at Rice University and one of the authors, who spoke with Texas Climate News. The research indicates that curbing emissions during the next 10 to 20 years could make a big difference for these reefs.

“Corals at the Flower Gardens are in deeper waters, which tend to be colder and not as directly heated by the sun,” Dee said. “Waters at 15 to 40 meters are not warming as fast but are still getting hotter. At some point, probably around the mid-century, those deeper reefs will experience temperatures that cause them to bleach.”

Despite their favorable location, reefs in the Flower Garden Banks experienced bleaching in 1995 and in 2005, when about 45% of the corals in the sanctuary bleached or paled (the early stages of bleaching). Bleaching also occurred in 2010. None of these events caused significant coral mortality. In October, 2016, after sea surface temperatures remained over 30 degrees Celsius C (86 degrees Fahrenheit) for 85 days in a four-month period, almost 50% of the coral colonies in a study site at East Flower Garden Bank were bleached or paling (TCN covered this event).

The JGR paper also included a regional analysis to project the timing of critical thresholds for ocean acidification. While the Gulf is becoming more acidic overall, it is not reaching thresholds that actually break down coral skeletons.

The study did not evaluate multiple secondary impacts on coral reefs including sea level rise, extreme storms and coral disease. Those factors, too, already have affected the Flower Garden Banks. In late summer, scientists observed an outbreak in the sanctuary of a disease with symptoms similar to Stony Coral Tissue Loss Disease (SCTLD). First reported in Florida in 2014, SCTLD spread rapidly across the northern Mesoamerican Reef, decimating corals and reshaping these ecosystems.

Mortality rates as high as 94% among 21 afflicted coral species across the region increased the relative dominance of weedy corals and reduced functions such as reef framework production, sediment generation, habitat complexity and the capacity for coral reef growth, which is needed to track future sea-level increase. The JGR paper notes an observed link between thermal stress and disease outbreaks, and a study in the journal Proceedings of the Royal Society B concluded that reports of coral disease in the Caribbean correlated with increasing temperature anomalies, supporting the hypothesis that warming oceans drive infectious coral diseases.

One of the authors of that paper, Drew Harvell, a biology professor at Cornell University in New York, notes that warming oceans create a higher risk of infectious outbreaks overall and bring pathogens to areas where they did not previously cause problems.

Still, temperature change represents the biggest risk to coral organisms, according to Dee. She and her colleagues stress that immediate action therefore can help protect and keep high-coral-cover reefs such as those at the Flower Gardens.

“People need to be aware this is coming up fast, and the time to explore mitigation techniques is now,” Dee said. “We need to transition to lower emissions, doing everything – renewable energy, carbon capture – as fast as we can. If we spend money reducing emissions now, we get the payout in a few years. We’re already paying billions of dollars for climate-change-related disasters. The benefits of investing in reducing carbon emissions cannot be understated.

“We need interdisciplinary teams to solve this problem of climate change, we can’t stay in silos,” she added, noting that the study’s authors, all women, come from the fields of climate science, geology and anthropology and marine biology.

Coral reefs, some of the most diverse habitats on Earth, support tourism and fishing industries, protect shorelines from tropical storms and erosion and provide ecosystem goods and services. Their loss has significant economic impacts on coastal communities and the wider ocean ecosystem.

“There is no silver bullet here, we have to reduce emissions as fast as we can,” Dee said. “That is the only way this can be prevented. Mitigation proposals such as relocation of reefs or shading reefs are just putting Band-aids on the problem.”