A new report by an independent, Canada-based think tank found a broad consensus of published research supports the International Energy Agency’s conclusion that new oil and gas fields are at odds with the climate target. 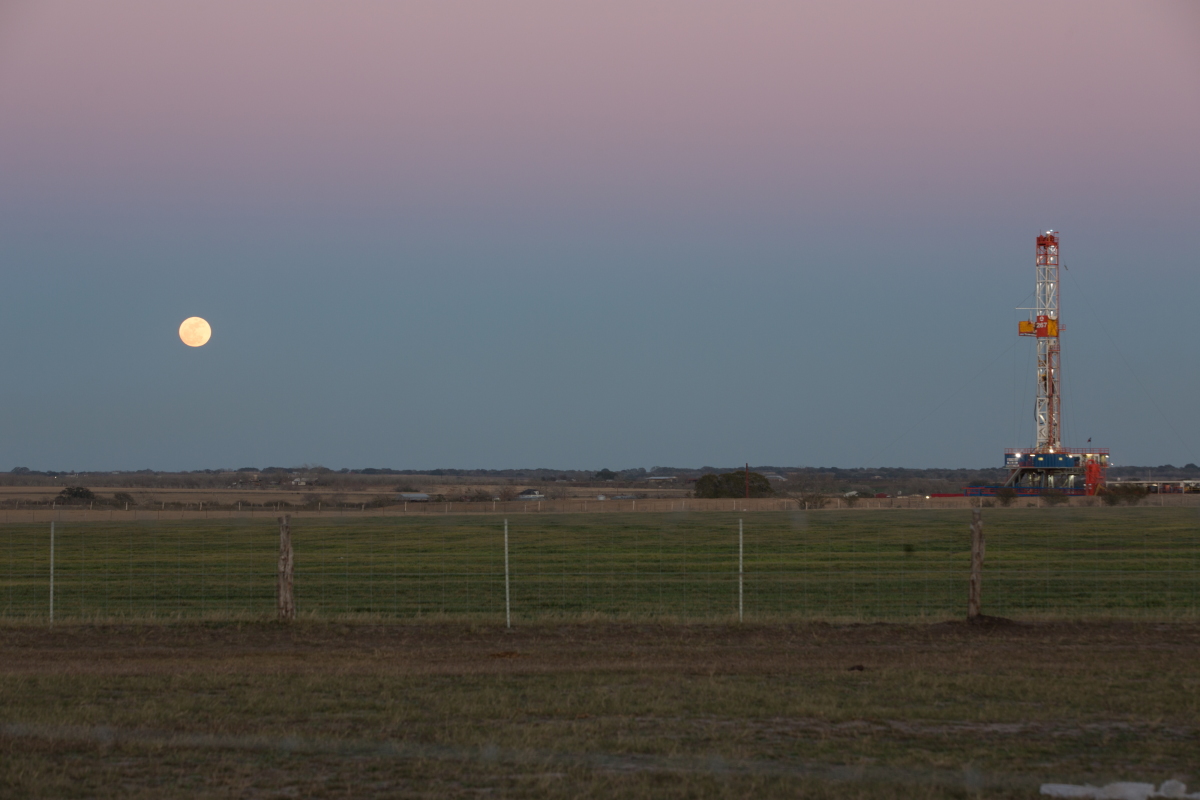 There is a “large consensus” across all published studies that developing new oil and gas fields is “incompatible” with the 1.5 degree Celsius (2.7 degree Fahrenheit) target, a new report says.

The findings, from the International Institute for Sustainable Development (IISD), are based on a comprehensive review of all “feasible” routes to staying below 1.5 C. They echo – and, therefore, strengthen – the conclusions of the International Energy Agency (IEA), which has said there are “no new oil and gas fields approved for development in our [1.5 C] pathway.”

The new report comes amid a scramble for energy security after Russia’s invasion of Ukraine. Countries, including the U.K., have been looking to fossil fuels to shore up their energy supplies.

Rapidly expanding technologies, such as wind and solar, would leave no space for new oil and gas extraction, according to both the IISD and IEA. Yet current investment in these technologies is falling short of what would be required to stay below 1.5 C. Redirecting the $570 billion of annual planned new oil and gas investments could “fully finance” wind and solar expansion in line with the 1.5 C target, the IISD says.

The report informs policymakers, investors and companies about how to align their decisions with the aspirational 1.5 C target of the Paris Agreement. It is based on a comprehensive review of “pathways” that limit warming to 1.5 C, created using integrated assessment models (IAMs). The report explicitly spells out the implications for fossil fuel investment. This goes beyond the recent Intergovernmental Panel on Climate Change (IPCC) report on how to tackle climate change.

The IPCC said “greatly reduced” fossil fuel use would be “fundamental” to limiting warming. And it warned that existing fossil fuel infrastructure was already sufficient to breach the 1.5 C limit. Yet the IPCC stopped short of explicitly backing an earlier report from the IEA, which had concluded: “Beyond projects already committed as of 2021, there are no new oil and gas fields approved for development in our [1.5 C] pathway.”

The IEA finding was very widely reported at the time and is still cited regularly. However, some companies and governments have continued to sidestep the findings. These efforts attempt to minimize the implications of the 1.5 C target for the fossil fuel industry. They exploit nuances and caveats around climate action pathways created in computer models.

Such pathways necessarily rely on a series of assumptions about the Earth’s climate as well as future populations, economic development and technological change. These assumptions differ between modeling groups. Moreover, there are many possible routes to reaching a given target. As such, findings from any individual pathway are open to question.

The new report significantly squeezes the space for question marks by showing that the IEA was not an outlier. It says there is a “large consensus across multiple modeled climate energy pathways” that “developing…new oil and gas fields is incompatible with limiting warming to 1.5 C”.

The report reviews all published, “feasible” routes to staying below 1.5 C with at least 50% likelihood. It then explores what these routes show for new oil and gas expansion. It looks at pathways assessed by the IPCC and those from the IEA, the International Renewable Energy Agency (IRENA) and private-sector organizations, such as BP.

Specifically, the report takes the 97 scenarios that limit warming to 1.5 C with “no or limited overshoot,” categorized as “C1” in the IPCC report. These scenarios are then checked against “feasibility” thresholds from the IPCC report. For example, the IPCC said there were “medium levels of concern” over capturing more than 3 billion tons of carbon dioxide (GtCO2) per year with carbon capture and storage (CCS).

The review excludes scenarios exceeding the “medium” feasibility thresholds for the scaling up of fossil fuel CCS, bioenergy with CCS (BECCS) and afforestation or reforestation. This leaves 26 pathways from the IPCC report that feasibly limit warming to 1.5 C. (The IISD did not filter for feasibility dimensions relating to wind and solar scale up, energy efficiency improvements or institutional barriers, lead author Olivier Bois von Kursk tells Carbon Brief.)

By 2030, combined emissions from oil and gas decline by 15% and 29% in the IEA and IPCC scenarios respectively. By 2050, they decline by 65% and 68% respectively. The IISD report also looks at 1.5 C pathways developed by IRENA, oil firm BP, the consultancies BloombergNEF, DNV and Navigant and the University of Technology Sydney.

In a few pathways, such as that from BP, oil and gas demand rises above the output expected from existing fields in earlier years. However, Bois von Kursk notes that oil and gas use in 2050 then drops below the output expected from existing fields. This means any new developments brought online to meet demand in the short term risk becoming “stranded assets” later on, he says.

The question of “stranded assets” highlights one of the challenges with using model scenarios to inform decision making. It also points to some caveats around the report’s findings.

Model pathways are typically designed to minimize costs or maximize economic “welfare.” This depends on assumptions, including future fossil fuel and technology prices. The models also tend to assume perfectly rational action and “perfect foresight” over the optimal path to the goal.

To illustrate the problem with translating model results into real-world implications, consider the following example. If the world built hundreds of new coal power plants tomorrow, but never switched them on, it would, at least in theory, have no impact on progress towards the 1.5 C target. The coal plants would not generate electricity or emissions, beyond those from construction. It would have been a large waste of money and the coal plants would become stranded assets.

On the other hand, the companies that built the plants might apply political pressure to ensure they could, after all, operate them profitably. This would create the risk of fossil fuel emissions “lock in.” These sorts of dynamics are not easily captured by models of the climate and economy.

Returning to the IISD report, it concludes that developing new oil and gas fields would be “incompatible” with 1.5 C. This is not quite true, as the report itself explains. The IISD report says it is possible that new oil and gas could be compatible with 1.5 C, if old fields were also retired early. Bois von Kursk tells Carbon Brief this is rare, however:

“Early closure of fields already in production are extremely rare and we don’t see that happening unless the economics becomes unfavorable for fields with high extraction costs. Accordingly, since fields are almost never closed before the end of their economic lifetime, we advocate for preventing any new fields from opening up to avoid stranded assets or the risk of busting the carbon budget for 1.5 C.”

More fundamentally, the energy from new oil and gas development would be needed to meet rising global demand unless alternative energy sources are available in sufficient quantities. As the report notes, wind and solar are not currently expanding quickly enough for 1.5 C. Similarly, the IEA said low-carbon energy investment needed to triple to get on track.

Is stopping the development of new fossil fuel sources a precondition for meeting 1.5 C, or would a sufficient rise in alternative energy sources render new oil and gas fields unnecessary? This is an important distinction, explained by Christophe McGlade, head of the IEA energy supply unit, in a recent Energy Transition Show podcast. The answer cannot be found in models. Instead, this is a political question. There is a growing movement among academics, campaigners and some governments to actively tackle fossil fuel supply.

The Chinese government, on the other hand, has effectively made an increase in low-carbon energy a precondition for the phasing out of fossil fuels, with its president Xi Jinping recently repeating his instruction to “build the new before discarding the old”.

Simon Evans is deputy editor and policy editor for the U.K.-based Carbon Brief, where he covers climate and energy policy. Evans holds a PhD in biochemistry from Bristol University and previously studied chemistry at Oxford University.

Julie Dermansky is an artist, photojournalist and multimedia reporter documenting society’s impact on the natural world and social injustice. Based in the News Orleans area, she photographs extreme weather events, the industrial landscape and those fighting to protect the planet.