A sampling of recent coverage – articles, maps, videos and photos that explain and illustrate hurricane intensification, the growing hazards of storm surge and the role of population growth in vulnerable areas. 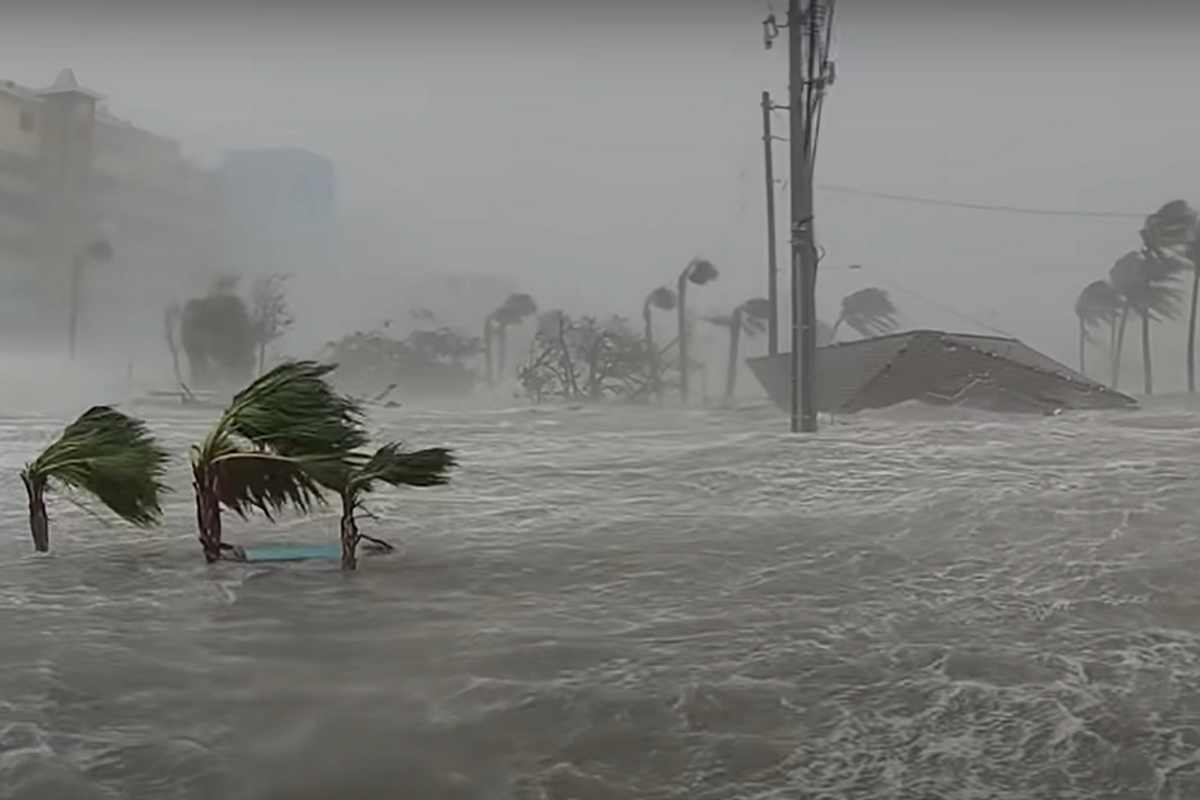 As the days go by since Hurricane Ian dealt a mammoth blow to the southwest Florida coast last week, news coverage has largely focused on the growing death toll and increasing understanding of the scope of devastation.

In the lead-up to landfall, especially, numerous news organizations also reported on the storm’s climate-change connections. Here’s a sampling of some of that coverage – a reading (and viewing) list, offered to enhance understanding of Ian’s climate context.

Climate scientist Michael Mann and climate communications specialist Susan Joy Hassol summarized the scientific evidence for Ian’s climate-change links, along with a call to climate action, in a Guardian column:

Climate disruption has changed the background conditions in which all weather occurs: the oceans and air are warmer, there’s more water vapor in the atmosphere and sea levels are higher. Hurricane Ian is the latest example.

The Guardian: “Hurricane Ian is no anomaly. The climate crisis is making storms more powerful”

As TCN reported in 2020, after Hurricane Laura’s rapid transition into an extremely dangerous Category 4 storm, scientists have been documenting “patterns of stronger, and more rapidly intensifying” hurricanes, fueled by warming sea temperatures.

As Ian was “gaining monstrous strength” very quickly, Time reported that scientists say this feature of tropical storm formation is “likely to become even more frequent.”

In an article on storm intensification, CNN noted that “the phenomenon played out with breathtaking speed in the Philippines this weekend. Super Typhoon Noru exploded in strength on its final approach toward the Pacific island nation, going from the equivalent of a category 1 hurricane to a category 5 overnight as residents around Manila slept.”

CNN: “Hurricane Ian’s rapid intensification is part of a trend for the most dangerous storms”

The storm surge that brought such awesome destruction to Fort Myers Beach and other Florida communities is an example of another growing threat from hurricanes – sea levels, rising because of climate change, amplify surges.

A harrowing time-lapse video posted on YouTube by storm-chaser Max Olson shows what he called “the heartbreaking evolution of a massive storm surge” at Fort Myers Beach.

The Washington Post explained that the surge that hit Fort Myers “would have been at least somewhat smaller” 60 years ago, before more than a half-foot of sea level rise measured in the area since 1965.

A video report by NBC News employed imagery of Ian’s impact to explain how the storm-boosting impacts of climate change couple with Florida’s low-lying coastline and near-shore seabed to make the state especially vulnerable.

The New York Times conveyed the scope of Ian’s surge- and wind-wrought damage to Fort Myers Beach in a report with videos, detailed maps and before-and-after photographs.

Scientists and others who study climate hazards have warned for years that the growing threats posed by climate change will be multiplied and magnified by population growth and development in vulnerable areas such as Florida’s southwest coast.

The Washington Post made clear it isn’t just an issue in Florida, examining the hurricane-related implications of growth in various regions of the hurricane-prone Southeastern U.S.:

Many cities and counties in the region are confronting the reality that rapid development has made them more vulnerable to hurricanes, storms and tidal flooding caused by sea level rise. The region has grown quickly, though unevenly, over the past decade and is expected to add millions more people in the decades ahead.

An animated map in the Post, paired with a set of metro-specific maps, presented an arresting view of Florida’s rapid population growth, especially along its long coastline, since 1970. A complementary map in the New York Times offered a detailed look at the high-growth areas that were flooded by Ian’s storm surge in the Naples-Fort Myers-Cape Coral area. 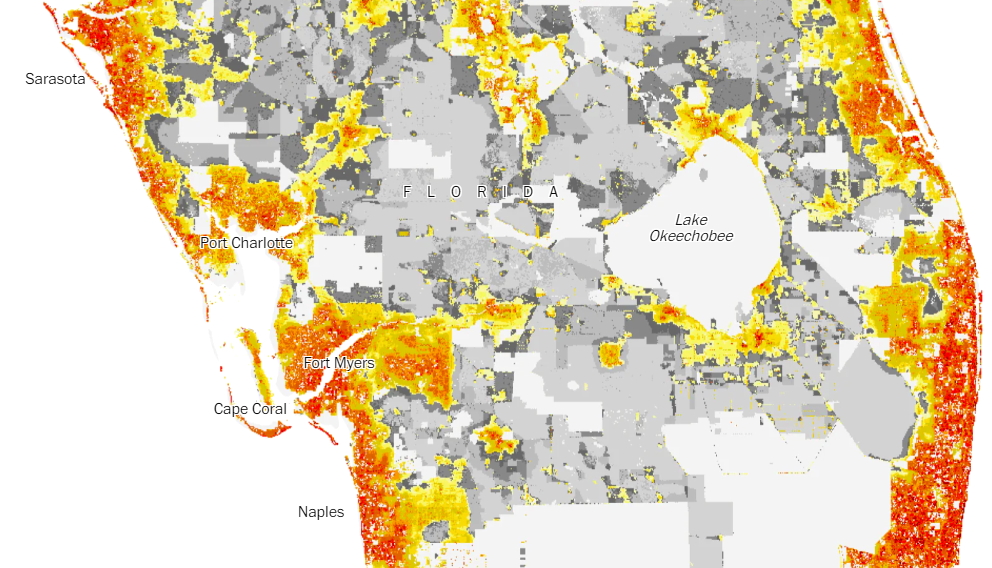 (A lot of Texans are also in harm’s way when it comes to hurricanes and other tropical storms. Nearly a quarter of the state’s residents live in coastal areas, according to the National Oceanic and Atmospheric Administration.)

The Atlantic published Florida resident Diane Roberts’ pessimistic appraisal of her growing state’s increasing vulnerability but refusal to face up to the realities of climate change amid the growing evidence:

At some point, everyone – the chambers of commerce, the construction lobby, Big Agriculture, Floridians old and new – will have to acknowledge that our state is in deep peril. The seas are rising an inch every three years. It’s raining more, flooding more, and staying hotter for longer, keeping the water warm and fueling bigger, badder storms.

Hurricane Ian ought to put an end to climate denialism. But it won’t, even though thousands will lose their houses and businesses, and cost insurers tens of billions of dollars.

The Atlantic: “Florida’s fatal attraction: Everyone wants a piece of it. That’s the problem”.