Damned if they do or don’t? New eco-warrior billionaires spark debate

Some hyper-wealthy people are pledging donations to fight climate change and protect ecosystems. Is it a positive, even “game-changing” development? Or should governments constrain carbon-spewing luxuries? 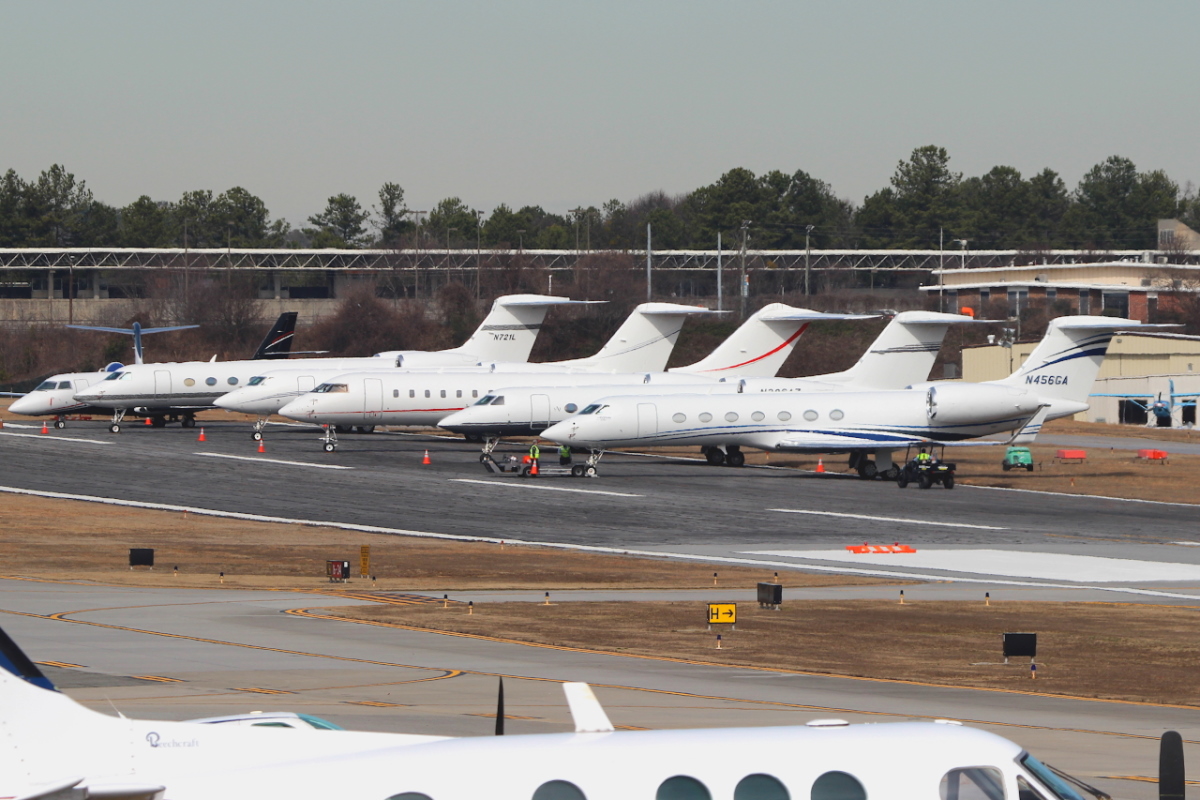 At the first-ever Earth Day celebration 52 years ago, showing up as a tie-dyed, granola-eating, Birkenstock-wearing, politically liberal agent of social change surely would have signaled that you were on-brand. Who knew that half a century later, that counterculture stereotype would be in the midst of a radical transformation – all the way from earnest hippie to…billionaire? Dude.

Extremely rich people are indeed piling into the eco-warrior club. The phenomenon has given rise to an uneasy alliance that threatens to turn the old Earth-loving peacenik stereotype on its head. It’s also flooding the movement with a torrent of money.

Whether all of that is a good or bad thing is up for debate. The overall response from seasoned environmentalists has been more of a golf clap than a standing ovation. For those who have spent long years in the trenches fighting global warming, the shift has been met with both gratitude and skepticism.

On the one hand, it’s hard to argue that otherworldly sums of money leaving the deep pockets of the enlightened ultra-wealthy and landing in the bank accounts of pro-environment groups won’t help the cause. On the other is the sense that the plutocrats are casually parachuting in after the grunts have expended sweat and blood to prepare the battlefield.

Exhibit A in this reordering is Amazon and Blue Origin founder Jeff Bezos. With a net worth of around $200 billion, Bezos’ potential for philanthropy is almost limitless. As he cultivates his colossal e-commerce empire and shoots tourists into space from a West Texas launch pad – carbon-intensive pursuits, to be sure – Bezos has added another job to his resume: climate-change redeemer and agitator.

Actively cajoling businesses to step up and contribute to climate solutions, instead of being part of the problem, is his new raison d’etre. Despite the blowback he endured for taking a private jet to COP26, the United Nations Climate Change Conference last fall in Scotland, Bezos has pledged $3 billion from his Bezos Earth Fund for environmental conservation and restoration projects – hardly chump change. He announced $2 billion of that total in COP26’s opening days.

“Now, in this critical year, in what we all know is the decisive decade, we must all stand together to protect our world,” Bezos said at the conference. “Climate change gives us a powerful reason to invest in nature. We must conserve what we still have, we must restore what we’ve lost and we must grow what we need to live without degrading the planet for future generations to come.” He also has joined a cadre of well-heeled investors to bring Breakthrough Energy Ventures online. Led by fellow multibillionaire Bill Gates, the group aims to plow at least $1 billion into businesses developing new zero-emissions technologies.

Driving these developments is the 2018 report by the United Nations-sponsored Intergovernmental Panel on Climate Change, the world’s leading climate science body. The report’s conclusion : To avert the most damaging impacts of global warming, the world must achieve net-zero carbon emissions by 2050, keeping average temperatures from climbing more than 1.5 degrees C above pre-industrial levels. This would “reduce challenging impacts on ecosystems, human health and well-being,” compared to a 2-degree rise, which would worsen impacts including extreme weather, sea level rise and ecosystem losses.

While Bezos’ largesse will be inarguably useful in helping to deflect the impact of global warming, the contrast between his green persona and his personal lifestyle is hard to miss. He has commissioned a $500 million yacht, owns several large homes on both the East and West coasts and a ranch in Texas, and, as noted, tootles around in his own Gulfstream jet. Among the prodigiously rich, those kinds of indulgences are not unknown. But as Popular Science magazine noted in its Feb. 19, 2021, issue, “We found that billionaires have carbon footprints that can be thousands of times higher than those of average Americans. The wealthy own yachts, planes, and multiple mansions, all of which contribute greenhouse gases to the atmosphere.”

In that yin and yang of activist-billionaire paradoxes, Bezos has plenty of company. “We see protecting and regenerating biodiversity as offering a creative opportunity rather than new constraints,” said Antoine Arnault of luxury goods purveyor Louis Vuitton Moët Hennessey, whose business is otherwise yoked to prestige and exclusivity, and whose family is the third wealthiest on Earth. At the COP15 Convention on Biological Diversity in China last October, LVMH issued a news release announcing that the company is devoting itself to protecting and restoring the natural systems that have sustained it over the years.

“Giving back resources borrowed from nature is a fundamental priority for LVMH, which has made commitments to mitigate the environmental impact of its activities. Among other actions, the Group is supporting the rehabilitation of five million hectares [1 hectare = 2.47 acres] of wildlife habitat around the world,” the release stated. Those commitments include 5 million euros in grant money through the Regenerative Fund for Nature to protect 2 million hectares by 2025. LMVH is now partnered with UNESCO, the United Nations Educational, Scientific and Cultural Organization, in its efforts to conserve and restore biodiversity.

And then there is the mercurial founder of Tesla and SpaceX, Elon Musk, the newly minted Texan who is the planet’s richest human being, worth an estimated $288 billion. A notorious workaholic, Musk is far less likely than others in his billionaire cohort to be seen catching rays on a luxury yacht or tippling on a breezy Caribbean veranda. SpaceX, the rocket launch company, can hardly be considered a green business (although it pioneered reusable booster rockets), but no one in history has been as successful as Musk in advancing sustainable transportation on such a large scale.

The U.S. Department of Energy reports that Tesla’s battery-electric automobiles save an estimated 5.8 million gallons of gasoline a year, a figure that will continue rising as sales skyrocket. Tesla also is a dominant player in rooftop-solar and energy-storage installations. According to the company’s 2020 Impact Report, “In 2020, the global fleet of Tesla vehicles and solar panels enabled our customers to avoid emitting 5.0 million metric tons of CO2e [a measure of the warming potency of CO2 and other greenhouse gases].”

So, what’s not to like? Musk’s dismissive comments about Covid vaccines (which he later retracted), his growing reputation as an internet troll and his antipathy toward paying taxes tend to animate those looking for a reason to loathe him. When Democratic Sen. Elizabeth Warren of Massachusetts accused Musk on Twitter of paying no federal income taxes in 2018, Musk replied with a snarkiness more expected from an 8th grader: “Please don’t call the manager on me, Senator Karen.” Eighty-year-old Sen. Bernie Sanders, the Vermont independent and democratic socialist, used the same platform to demand that wealthy people pay a proportional share of taxes, prompting Musk to retort, “I keep forgetting that you’re still alive.”

Unsurprisingly, Musk’s public comportment, alongside his colleagues’ seemingly contradictory blend of conspicuous consumption and environmental stewardship, has stirred up some opinions about well-intentioned one-percenters. Of Jeff Bezos’ recent environmental bequests, Jessica Dempsey, an associate professor of geography at Canada’s University of British Columbia, told CBC Radio, “People hear $2 billion and they’re like, whoa, $2 billion.” She then cited a study showing that the largest banks in 2019 funneled $2.6 trillion into sectors known to degrade biodiversity. “Two billion dollars, while it’s huge, is actually very small,” she said. “What we should be talking about is much more structural.”

In a November 2021 article, Vox knocked Amazon’s reliance on “massive fleets of polluting delivery vehicles, wasteful packaging” and jet planes, concluding that, “While Bezos and other billionaires are aiding conservation and signaling that their efforts will support a historically underfunded group of [indigenous] people, they’re doing little to limit the forces that make conservation necessary in the first place and that made them rich.”

Oxfam, the international charity organization, recently called on countries to enact laws to curtail profligate activities typically associated with the super-rich, like private-jet travel. A study prepared for Oxfam projected that without such measures, the wealthiest 1% of Earth’s population, on their own, will have carbon footprints by this decade’s end that are 30 times greater than the emission limit for holding planetary warming to 1.5 degrees. The authors urged government officials to constrain luxury activities that spew carbon such as “mega-yachts, private jets and space travel.”

Other climate activists acknowledge those discordant behaviors, but welcome what looks to be a consciousness-raising among some of the supremely affluent. Chris Searles, the founder of Austin-based BioIntegrity, a nonprofit that raises funds for worldwide ecosystem conservation and restoration, told Texas Climate News, “One way to reconcile this contradiction is to look at the economics that we live in and blame the larger system itself. Most of us would prefer to have net-zero or even net-beneficial impacts on the environment’s future, but today’s way of life makes that impossible,” he said, referencing “downward-spiral economics” that fuel the economy by destroying or consuming without replenishment.

“The opportunity before the wealthy today is to invest radically in upward-spiral economics, which restore Earth’s biospheric integrity, and stabilize the climate through the myriad means and services only ecosystems can provide,” Searles said. “If you look unflinchingly at the science, there are two options here for the wealthiest among us. Number one, continue investing in downward-spiral economics and see civilization collapse by 2040 or 2050. Or, number two, invest in globally-strategic economic reformation, which builds regenerative and stewardship economies into the global economic system.”

Searles suggests that energy spent on scorning the extravagance of billionaires would be better directed at attacking the root causes of climate change. “We should be grateful that Bezos’ conservation investments are game-changing in their own right and, as well, are helping to highlight the need to do much, much more directly for nature, our life-support system.”

Nature itself will judge whether those who consume disproportionately but donate liberally to save the planet are actually doing more good than harm. In the meantime, one such billionaire’s comments at COP26 appear to be signaling a new paradigm – by conceding that rich people giving lots of money won’t be enough: “We cannot rely only on governments, philanthropy and NGOs to fix the climate crisis. The private sector also has to play its part. Companies need to take leadership positions,” Bezos said.

Meanwhile, Bezos was thought to have been spotted wearing a pair of Birkenstocks. Closer examination revealed them to be $531 Prada slides. Not exactly iconic counterculture footwear, but maybe in his new role he was going for the look.