The most severe climate impacts will be felt in developing nations, due to factors like high dependence on agriculture and vulnerability to extreme heat, a new survey showed. 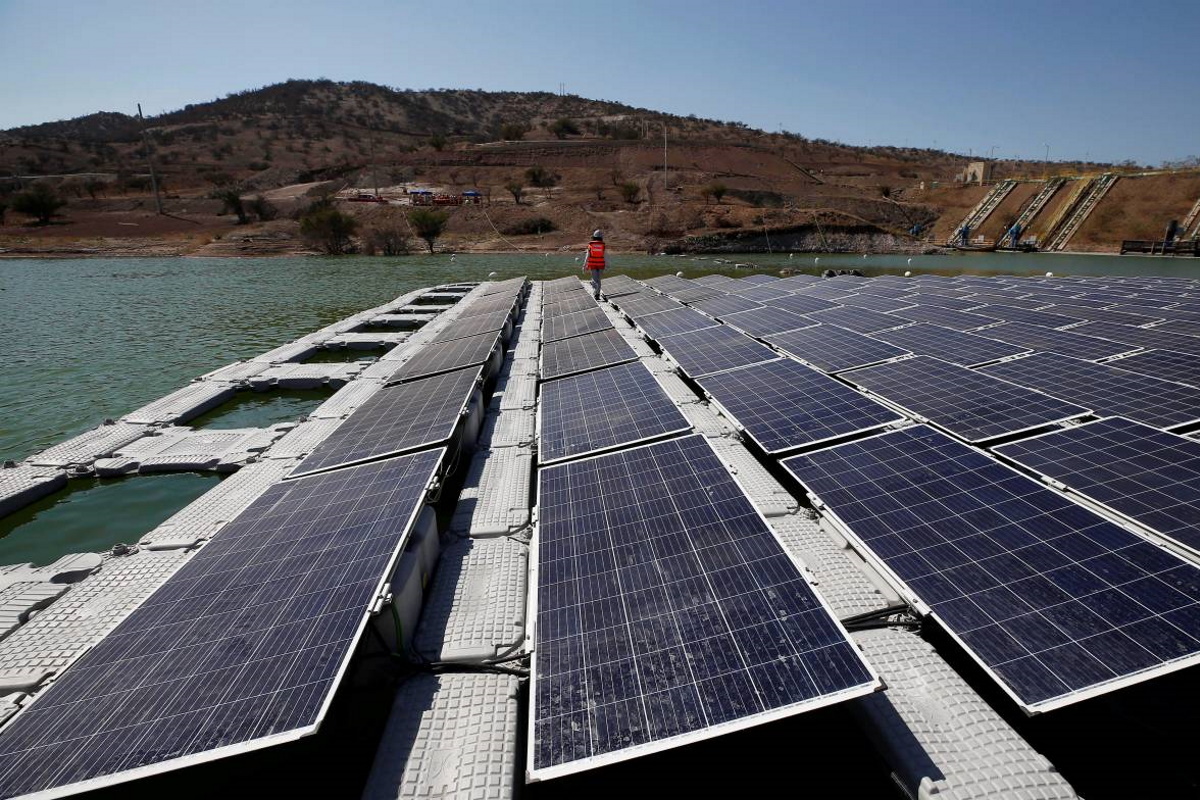 Solar panels as they appeared at the 2019 inauguration world’s first-ever solar power “island” in a tailings pond of the Los Bronces copper mine on the outskirts of Santiago, Chile. Rodrigo Garrido for Reuters

Nearly nine in 10 leading global climate economists think climate change will deepen income inequality between rich and poor countries, with most calling for urgent action to cut planet-warming emissions, according to a survey released last week.

The impacts of rising temperatures could create “enormous difficulties” for nations already burdened by economic challenges and high rates of poverty, said the research by New York University’s Institute for Policy Integrity.

In the largest ever global expert survey published on the economics of climate change, nearly three-quarters of the more than 730 respondents said “immediate and drastic action” was needed to cut emissions.

The findings come as nations update their plans to reduce emissions ahead of November’s U.N. COP 26 summit, to meet the 2015 Paris accord goal of limiting the rise in average temperatures to 1.5 degrees Celsius above pre-industrial times.

Economists think governments may be underestimating the potential costs of climate change, such as the impact of extreme weather and economic disruption, as they weigh up the costs of policies to reduce emissions, the authors said.

“There seems to be extremely high concern about the risks of climate change,” said Derek Sylvan, the institute’s strategy director and co-author of the survey, which interviewed economists published on climate issues in top-ranking journals.

According to a consensus in the survey, projected economic damage from climate change is estimated to reach $1.7 trillion per year by 2025 and about $30 trillion annually by 2075, if the current warming trend continues.

The most severe impacts will be felt in developing countries, due to factors such as higher dependence on agriculture and vulnerability to extreme heat, Sylvan told the Thomson Reuters Foundation

He said the costs would be felt worldwide, due to spillover effects such as the disruption of trade routes and supply chains, and refugee crises caused by climate impacts.

In the survey, 70 percent of respondents also anticipated that climate change would increase inequality within countries, widening the gap between the poorest and richest thirds of national populations.

The authors added that the cost of reducing emissions is dropping quickly as the price of solar and wind generation plummets, with 65 percent of economists expecting similar cost-reduction patterns for other clean technologies.

“With the costs of clean technologies falling all the time, ambitious climate action is not just the right thing to do for the planet, it’s the right move for the economy, too,” said Sam Hall, director of the U.K.-based Conservative Environment Network, in a statement.