Everything will have to go right to confine atmospheric heating to that desired limit and avoid harsher impacts, climate scientists say. But even coming close to 1.5 C would mean a much better future for life on the planet. 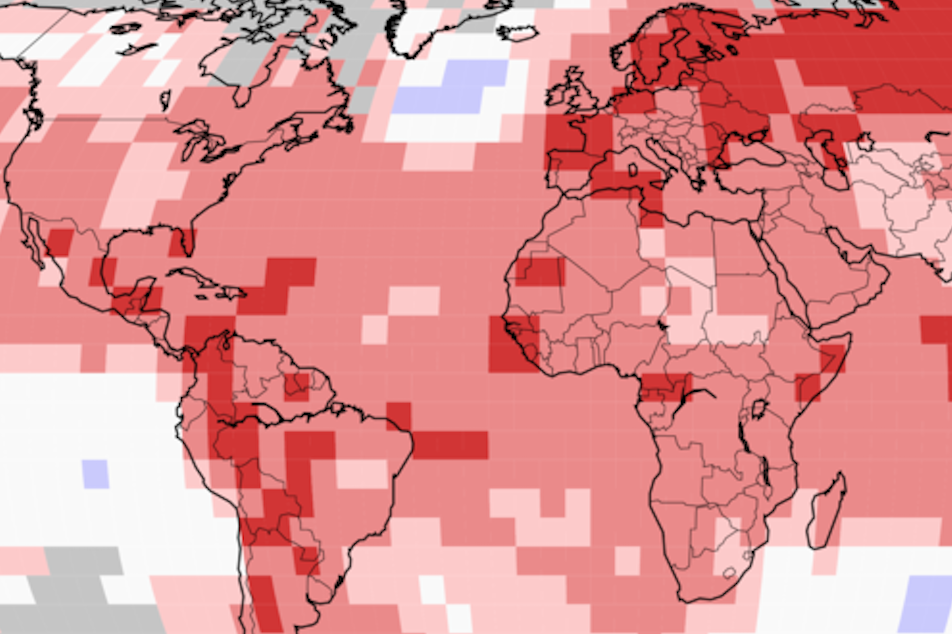 For more than two years a massive amount of attention has been devoted to the idea of limiting global warming to no more than 1.5 degrees C (2.7 degrees F) beyond preindustrial levels. That goal took on major resonance with a blockbuster 2018 report from the Intergovernmental Panel on Climate Change (IPCC).

The report warned that to have a fighting chance of avoiding long-term warming above 1.5 C global emission rates of greenhouse gases would need to be slashed from 2010 to 2030 by about 45 percent. Given growth over the last decade, meeting this goal would now require roughly half of current emissions (as of 2020) to be eliminated by 2030.

The focus on the year 2030 will intensify this Earth Day, April 22, when the Biden administration is expected to announce an ambitious new goal for major U.S. reductions in greenhouse-gas emissions by the end of the decade.

For many years the conventional focus of climate policy was to limit global warming to no more than 2.0 C. Activists had long pushed for 1.5 C, though, as had more than half the world’s nations, including small island states and others especially vulnerable to climate change.

The science-based case for a 1.5 C speed limit gained traction during the 2010s. The IPCC found “robust differences” in how global climate responds to a warming of 1.5 C versus 2.0 C, with a wide range of heightened risks at the latter threshold.

Cutting emissions in half between now and 2030 to try and keep us below 1.5 C might be a Herculean task, but at least it’s a well-defined one. Is it truly doable, though?

“I’d consider 1.5 C to be a stretch goal,” said Rice University atmospheric scientist Daniel Cohan, who’s now writing a book on energy and climate change. “It’s at the outer realm of what’s achievable if everything goes right in every major sector and every major country or region of the world.

“I hope it’s seen as an inspiring goal, because even coming close will mean a much better future than the three or more degrees that would come if we don’t act.”

Where are we now?

Global temperatures over the past few years have been running about 1.1 C warmer than the late 1800s, and it’s not hard to glimpse 1.5 C on the horizon.

Recent analyses from NASA, the National Oceanic and Atmospheric Administration, and other agencies found that 2020 ended up tied with or just behind 2016 as the planet’s warmest year on record. Startlingly, this occurred despite the presence of any boost from El Niño, the periodic warming of the eastern tropical Pacific Ocean. Because strong El Niño events pump vast amounts of heat from ocean to atmosphere, they typically lead to spikes of record heat atop the longer-term warming trend caused by human-produced greenhouse gases.

In its latest five-year climate outlook, issued in January, the U.K. Met Office warned that by 2025 “there is a small but increasing (about 25 percent) chance of one year temporarily exceeding 1.5 C.”

If and when that first breach of the 1.5 C threshold arrives, it will almost certainly last just a year or two. The more crucial question is when the atmosphere might settle at or above 1.5 C of warming for a more sustained period, at which point we could say we’ve truly passed the threshold.

“If the world does not begin to rapidly reduce emissions, it is clear that the 1.5 C target will be passed sometime between 2026 and 2042,” said Zeke Hausfather in a sobering December essay at Carbon Brief. The conclusion, which applies to the longer-term threshold-passing, is based on a group of in-depth climate model simulations carried out ahead of the IPCC’s next comprehensive climate assessment, set to be released in stages later this year and next.

The COVID-19 pandemic has given us a brief climatic reprieve of sorts. Because of the pandemic’s wrenching economic effects, global emissions of carbon dioxide dropped from 2019 to 2020, most likely by around 7 percent. If so, this would be the largest one-year drop on record, and the biggest in percentage terms since World War II.

It’s great news indeed for the climate – but consider that, on average, each year this decade will need almost that large a cut if emissions are to drop in half by 2030.

National, regional, and local pledges to reduce emissions will be crucial policy tools on the road to 2030 and beyond.

The current global accord on emissions – the Paris Agreement, crafted in 2015 – mandates nation-by-nation goals for emission reduction. However, these are purely voluntary. Referred to as nationally determined contributions, or NDCs, the targets are set by each nation and designed to be enforced mainly through diplomatic peer pressure. The overall goal of the accord is to “limit global warming to well below 2 C, preferably to 1.5 C.”

Participants in the Paris Agreement (now including virtually every nation on Earth, with the U.S. having rejoined the accord as of Feb. 19) are expected to bump up their NDCs every five years as part of what’s called a “global stocktake.” The first of these stocktakes will be finalized in 2023. Countries are already being urged to beef up their goals before November, when a major U.N. climate meeting will take place in Glasgow, Scotland.

A summary report issued by the U.N. on Feb. 26 included 48 new or updated NDCs through the end of 2020. For the planet as a whole, the latest commitments show only a minor boost in near-term ambition. While the previous set of NCDs had global greenhouse-gas emissions still a fraction of a percent higher by 2030 than in 2017, the new set of NCDs implies a decrease by 2030 if all the goals are met—but it’s a drop of just 2.1 percent, a mere pittance next to the 50 percent cut now urged by many.

“The estimated reductions…fall far short of what is required,” said the report authors. That was an understatement, to say the least.

“Governments must go greener in the next stage of Covid-19 fiscal interventions and increase their NDC ambitions in 2021,” said Inger Andersen, executive director of the U.N. Environment Programme, in that agency’s Emissions Gap Report 2020.

At the same time, net-zero pledges (those with a goal of bringing net greenhouse emissions to zero) are fast gaining momentum. Bolstered by a U.N. Race to Zero campaign, net-zero commitments from local governments and businesses doubled from 2019 to 2020. More than 100 nations are now pledging carbon neutrality by 2050, according to the U.N. Many of these goals are expected to be codified into NDCs in the upcoming stocktake. 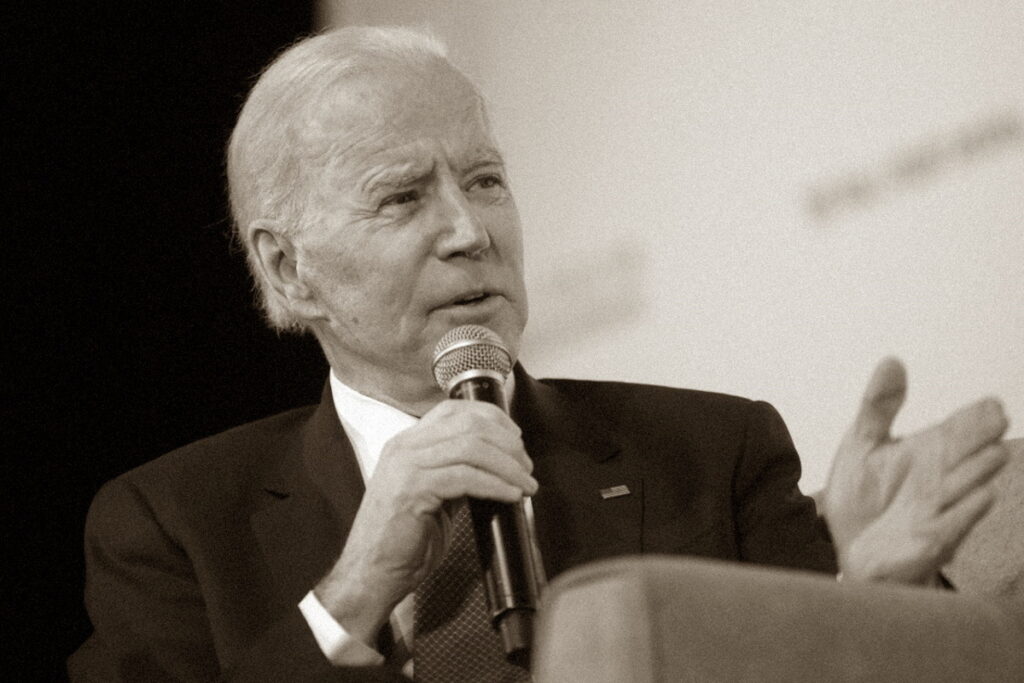 In the U.S. the torrent of executive actions issued by the Biden administration in January are aligned toward a “carbon pollution–free power sector by 2035,” putting the nation on “an irreversible path to a net-zero economy by 2050,” as summarized by the White House. The administration is expected to announce an updated NDC by the end of 2021.

University of Leeds climate scientist Piers Forster, who served as a lead author of the IPCC’s 1.5 C report, is encouraged by the growing ambition of national net-zero goals. He noted that if all nations were to adopt net-zero-by-2050 targets, that alone could be enough to cap global warming this century at 2.1 C, as calculated by Carbon Action Tracker.

“Compared to the 4 C of warming we were heading for just 10 years ago, this is a massive improvement,” Forster said.

Where fuels are headed

The ever-more-affordable nature of renewable energy suggests that Earth’s emissions may have already peaked in 2019, according to Carbon Brief. Oil giant BP asserted in its annual energy outlook that the planet may have passed its peak use of oil in 2019. Coal is even more clearly on the decline, at least outside of Asia. And while natural gas use is predicted to rebound in 2021, it may eventually be overtaken by the increasing affordability of renewables.

Overall, the world is virtually certain to see a post-pandemic emissions spike in 2021 and/or 2022. What remains to be seen is whether changes such as increased telecommuting and greener energy might keep the inevitable rebound from reaching the 2019 peak.

There’s reason to expect a big drop in transportation emissions over the next 20 years. Dozens of new full-electric vehicles are being developed by automakers. Both California and the United Kingdom plan to phase out new gas-powered vehicles by 2035, and GM recently announced it will stop making such vehicles by that same year.

Given that most cars have a typical lifespan on the order of 12 to 15 years, it may be the 2030s before the biggest emissions cuts from the forthcoming EV options arrive. Of course, that electricity will need to be generated by renewables if emission savings are to be maximized.

Buildings are replaced even less often than vehicles, so in order to trim emissions from heating and cooling, older buildings will need to be made more climate-friendly at a massive scale. Also, international shipping and aviation – which together account for just 5 percent of global carbon dioxide emissions but are fast-growing and mostly unchained by NDCs – will need to be addressed.

In terms of low-hanging fruit for emission cuts in this decade, Cohan points to such options as ending methane leaks from natural gas facilities, improving energy efficiency, and accelerating the decarbonization of electricity.

“That cleaner, cheaper electricity then becomes the basis for electrification of vehicles, heating, and industry, which can really pick up speed in the 2030s,” he added.

What the deadline really means

Even if global emissions are successfully brought down by half this decade, it’s worth noting that this doesn’t guarantee the world will avoid going past 1.5 C – a key point that’s often omitted for brevity. In fact, the IPCC found that such cuts would lead to a two-thirds chance of meeting the 1.5 C limit, with better or worse outcomes possible on either side.

Put another way, we still face one-out-of-three odds that global temperatures will end up crossing the 1.5 C threshold even if we accomplish a hugely ambitious halving of emissions. Conversely, it’s possible we might avoid 1.5 C even if emissions aren’t quite cut in half.

Such a nuanced, probabilistic picture may be more complete, but it’s a nightmare when it comes to messaging. That’s one reason why cutting emissions in half by 2030 has gained currency as a single-value deadline, to help concentrate minds and energies around a clear-cut goal.

Also worth keeping in mind: 1.5 C is not an on-or-off light switch for climate-change impacts. It’s more like a dimmer switch, albeit a fidgety one, where a small turn can produce a bigger change than expected.

To put all this into a health analogy, doctors have found in recent years that blood pressure is more dangerous at lower levels than they once thought. In response, public health experts have lowered the threshold of what’s considered high blood pressure.

Likewise, the 2030 deadline arose in response to Earth’s doctors concluding that our margin of climate safety isn’t as wide as we thought. Should we let the equivalent of our planet’s blood pressure rise too high for too long, we’ll run a steadily increasing risk of disastrous consequences. The more we do to address it, the better off we’ll end up.