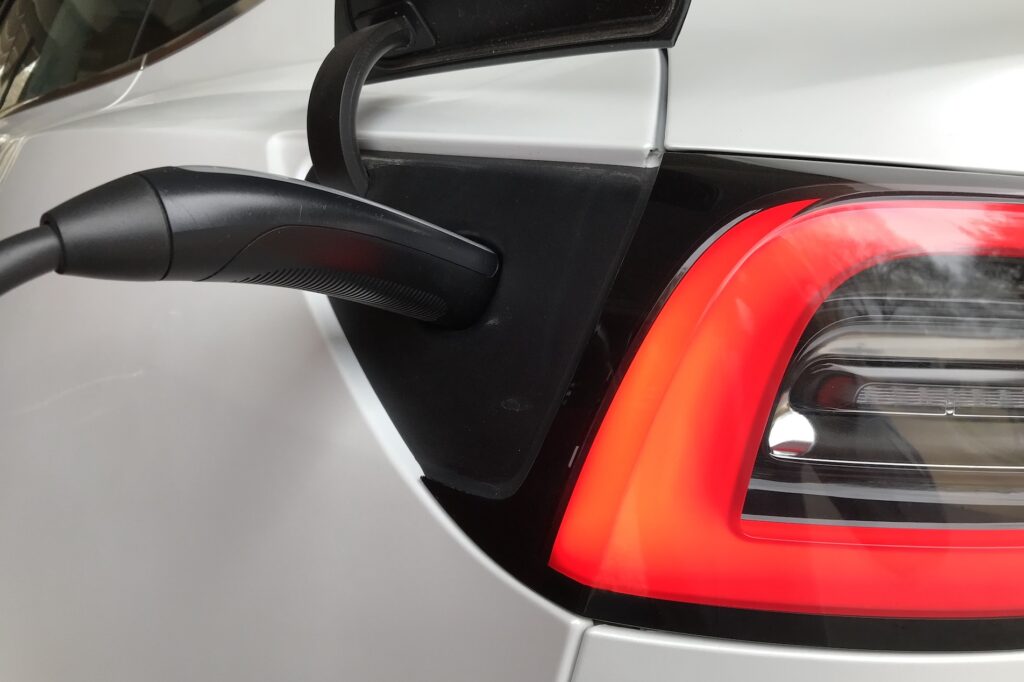 An aggressive worldwide push to phase out fossil-fueled vehicles, the rise of Texas’ own burgeoning electric-vehicle industry and grassroots efforts to promote electrified transportation could motivate Texas lawmakers to boost EVs into a higher orbit in 2021.

For a state so politically, economically and historically tied to the oil and gas industry, Texas’ record for supporting the adoption of EVs, though modest, could be worse. Through the Texas Light-Duty Motor Vehicle Purchase or Lease Incentive Program, the Lone Star State has put millions of dollars into the pockets of residents who purchased or leased new plug-in electric vehicles.

The program (currently dormant but awaiting legislative reauthorization) is a small but important element in the state’s historically reluctant effort to cut air pollution and help corral climate change. Though still generally pricier upfront, EVs are much cheaper to operate, emit up to 70 percent less carbon than their petrol counterparts, and their widespread adoption likely would have a meaningful impact on the state’s air quality. According to the U.S. Environmental Protection Agency, transportation accounts for about 28 percent of total U.S. greenhouse-gas emissions, making it the single largest contributor of climate-altering pollutants.

The EV issue is percolating at the state capitol. As the 87th Texas Legislature’s regular session was spooling up, a coalition of school districts across the state sent a letter to Gov. Greg Abbott requesting funds for electric school buses, citing the vehicles’ lower operating and maintenance costs, and absence of harmful emissions linked to health problems in children. Around the same time, the nonprofit Texas Electric Transportation Resources Alliance, TxETRA, unveiled the Electric Transportation Act, intended to smooth the path to EV ownership for individuals and businesses, and to make electric-car charging and long-distance travel easier. On Feb. 24, House Transportation Chair Terry Canales, an Edinburg Democrat, filed the proposed legislation as HB 2221.

“Twenty-eight other states have adopted similar, broad-ranging bills,” Canales told Texas Climate News, suggesting that Texas already has fallen behind its neighbors and is now at a competitive disadvantage. HB 2221 seeks to address that discrepancy by way of five main goals:

The bill comes at a time when public opinion in Texas has shifted notably in favor of embracing green energy. A 2019 Yale poll found that nearly two-thirds of Texas voters support government action to address climate change. But as much as HB 2221 seeks to advance non-polluting transportation, it is being pitched just as strongly for its economic promise. Proponents are comparing its industry-building potential to the digital revolution 50 years ago that established California as a worldwide hub of technological innovation.

“We stand to profit mightily if we get the infrastructure and these programs adopted early,” said Tom “Smitty” Smith, TxETRA executive director and author of a recent Austin American-Statesman op-ed promoting the bill. “By 2023, we expect to have about 14,000 people working in the industry. There are electric-vehicle manufacturers starting up all over the country and they’re looking for places where there’s good port access, access to international suppliers like those in Mexico that manufacture vehicle components, that are low-tax and have well-trained employees.”

Texas is not exactly standing still in that regard. The state already hosts a growing legion of manufacturers that are either building EVs and components now, or finalizing plans to do so, including:

“Many other EV manufacturers are looking at southern states near Mexico for parts suppliers and ports,” Canales said. “These manufacturers are also looking to see if the state is providing them with the infrastructure that they need to grow.”

Although it’s steadily improving, that infrastructure is far from complete in Texas. Because of a paucity of chargers, Canales would have quite a challenge commuting between Austin and his home in the South Texas city of Edinburg in an EV that isn’t a Tesla (which has its own comprehensive but proprietary charging network).

Still, a global shift away from fossil-fueled vehicles is well under way. Twenty-four countries already have set targets for ending the sale of petroleum-powered cars and trucks, starting with Norway in 2025. Additionally, 52 municipalities and two U.S. states (California and Massachusetts) have announced plans to phase out gasoline and diesel vehicles partially or entirely.

Manufacturers are paying attention. In January, General Motors announced a goal of selling only zero-emissions vehicles (except for heavy-duty trucks) by 2035. Volkswagen said it will stop development of internal-combustion engines starting in 2026. Ford, which just introduced the Mustang Mach-E electric SUV, declared that its fleet will be all-electric by 2030, at least in Europe. Volvo announced in early March that its product line will be 100-percent battery-electric by 2030. Jumping ahead of them all, Jaguar-Land Rover said it will be an all-electric brand in just four years. In fact, nearly every major auto manufacturer is now mapping out the end game for its fossil-fueled vehicles. Meanwhile, Tesla, which makes only electric vehicles, has become the world’s most valuable automaker. Taking the cue, the Biden administration announced it is going all in on battery-powered transportation in the federal government fleet. Such developments portend an aggressively narrowing market for gas- and diesel-powered vehicles.

In Texas, the nation’s most important pickup truck market, buyers will see heritage builders like Ford, Chevrolet and GMC start rolling out their electric trucks in 2022, with startups Bollinger, Lordstown and Rivian beginning to ship product at roughly the same time. GM will sell an electric pickup that revives the Hummer marque, and the much-anticipated Tesla Cybertruck is set to debut later this year.

All of which makes the Electric Transportation Act seem prescient. But in a legislative body with crude oil historically running through its veins, does the bill stand a chance of becoming law? “We expect that the oil and gas industry will try [to stop the bill], and there are coalitions of conservative groups who will try and assess high fees or block legislation,” Smith, the TxETRA executive director, told TCN.

But those groups may not constitute a monolith. “It’s our expectation that we’ll have a majority of Republican sponsors on this bill,” Smith said. “And so, while in the House it will be a Democratic-sponsored bill because [a Democrat] chairs Transportation, we’re seeking Republican sponsorship in the Senate from the Transportation Committee. It will ultimately be a bill that is going to require bipartisan leadership to pass,” he said.

Canales, the bill’s House sponsor, is optimistic. “I believe there is a good chance the bill will pass,” he said. Smith is betting on it, too, but because the current session’s agenda is packed, he thinks it may be more likely to happen during a follow-up special session. He laments “lost opportunities” if lawmakers fail to support the measure.

“Many other states are jumping ahead of us because they see their economic future is going to be determined by whether or not they can provide electric charging for the commerce of the future. Those that do are going to get the manufacturing jobs,” Smith said. “For a change, we have very strong pro-business reasons why this is good for business and manufacturing. Take an average owner of a diesel truck, for example. To drive a diesel truck 200 miles will cost you $100. To run that same truck on electricity is $23.”

Part of TxETRA’s plan, developed in cooperation with utility company engineers, would place Texas charging stations about every 50 miles, and in locations where the electric grid is robust enough to handle the electrical demands without requiring much upgrading. “This is essential to keep the cost of this implementation low,” Smith said.

He added that Texas in 2021 is at a unique point “where we can prepare for the future by putting the foundations in place that will enable us all to save money, create new jobs and reduce pollution – all at the same time. It’s better to pass a bill that will get the process started. And we know we’ll have to make modifications frequently as new technology emerges. But if we fail to do it we’ll lose the opportunity to attract new industry at our peril.”

John Kent, an independent journalist in Fort Worth, is a contributing editor of Texas Climate News.