From our archives: The impact of historic December images of Earth

The period around the Winter Solstice has been an occasion for reflection and celebration for millennia. In recent times, it was also when astronauts took photos of Earth that helped animate planetary consciousness. 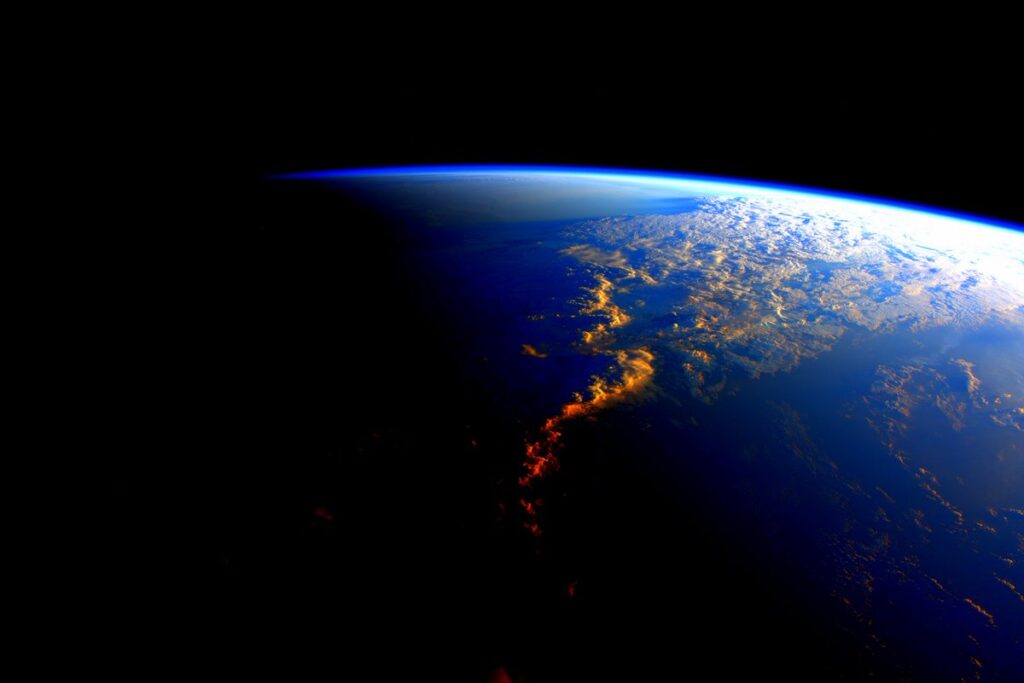 For millennia, humans have turned their attention and thoughts to the skies in late December as the daily period of sunlight grew shorter and shorter, then started getting longer again. In the Northern Hemisphere, ancient peoples of many cultures began observing the Winter Solstice – the shortest day of the year, on or around Dec. 21 – with hopeful celebrations of light and harvest.

On Dec. 21 this year, there was another reason to look skyward. Jupiter and Saturn appeared to be so near to one another that they seemed like a double planet. It was the closest such “conjunction” since 1226.

December has also been a time when American astronauts looked homeward toward Earth during their journeys in space, taking photographs that helped create and reinforce understanding of our planet’s fragility and the need to protect it.

In December 2015, for example, International Space Station Commander Scott Kelly tweeted one such awe-inspiring photo. In the accompanying text, he congratulated the negotiators of 195 nations who had just agreed to attack manmade climate disruption in the historic Paris Climate Agreement.

Almost a half-century before Kelly sent that message, astronaut Bill Anders snapped a picture of Earth as he and his fellow crew members aboard NASA’s Apollo 8 spacecraft made humans’ first-ever orbit around the moon. Anders’ photo on Christmas Eve 1968 became immensely famous and influential as Earthrise.

Published below are two related articles by TCN editor Bill Dawson from our archives. The first one marked the 50th anniversary of the Earthrise image in 2018, discussing that photo and another famous portrait of the planet, The Blue Marble, taken in December 1972. The second article reported astronaut Michael Collins’ 2019 reflections about his view of Earth from the Apollo 11 spacecraft in July 1969. 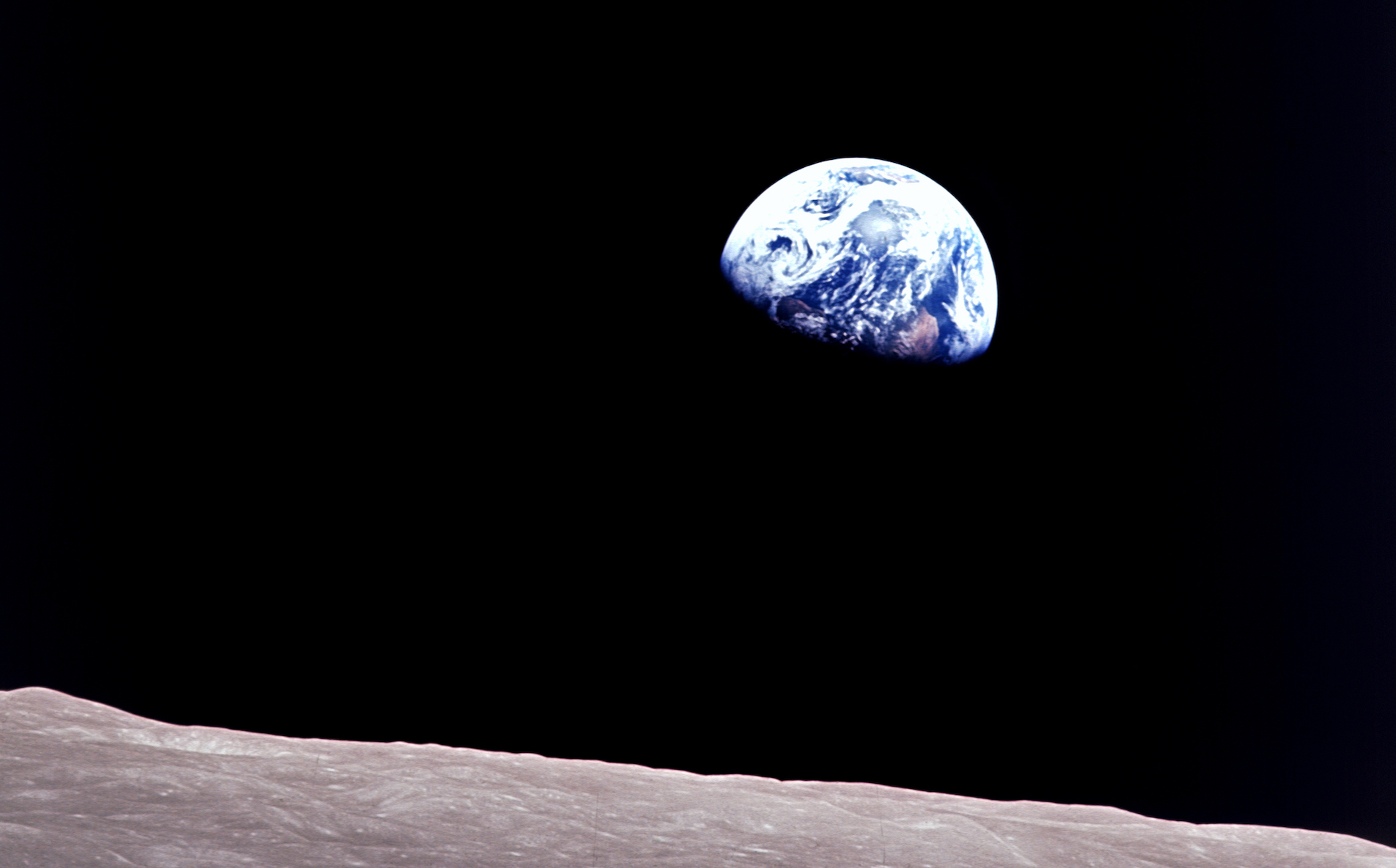 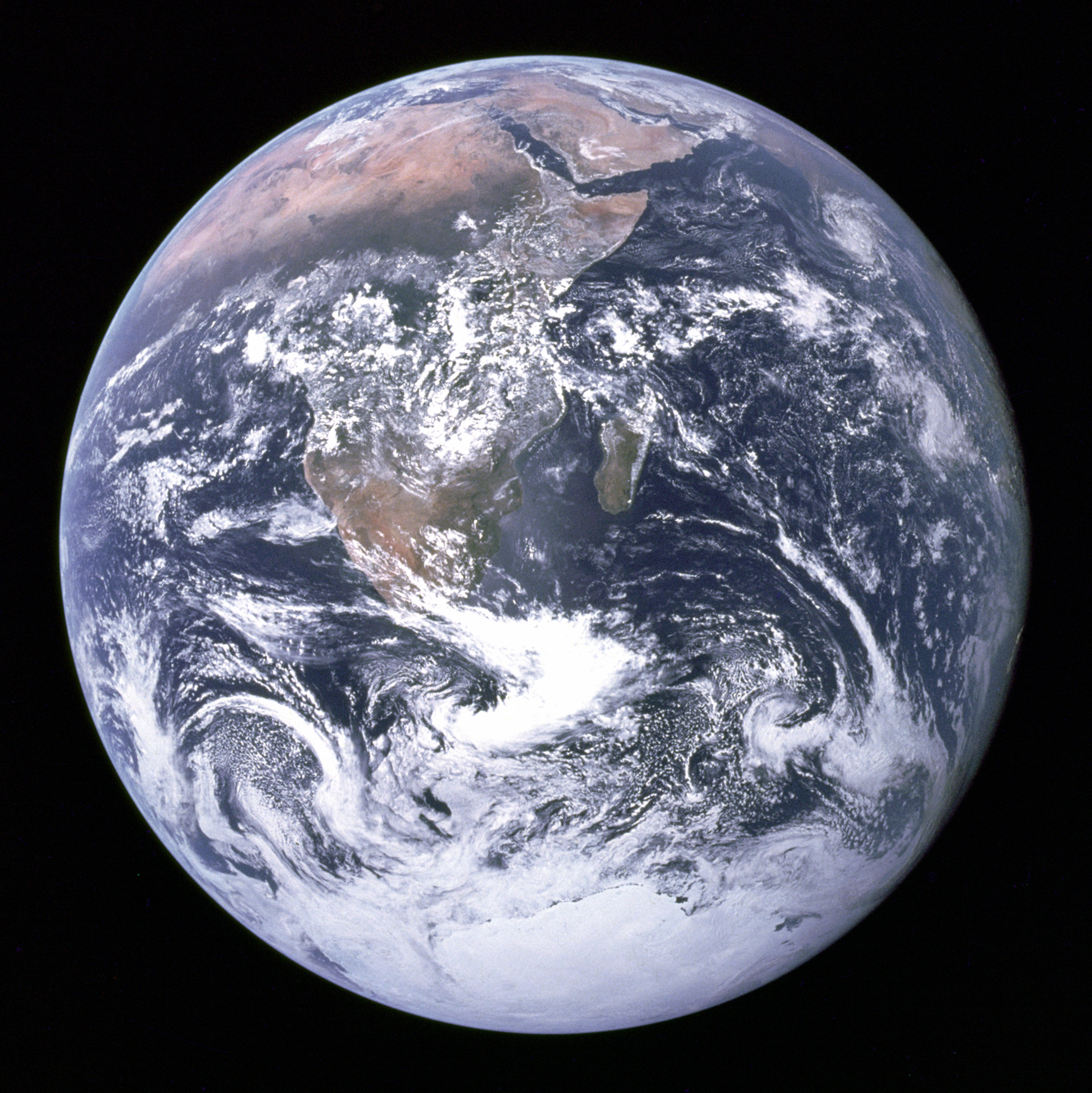 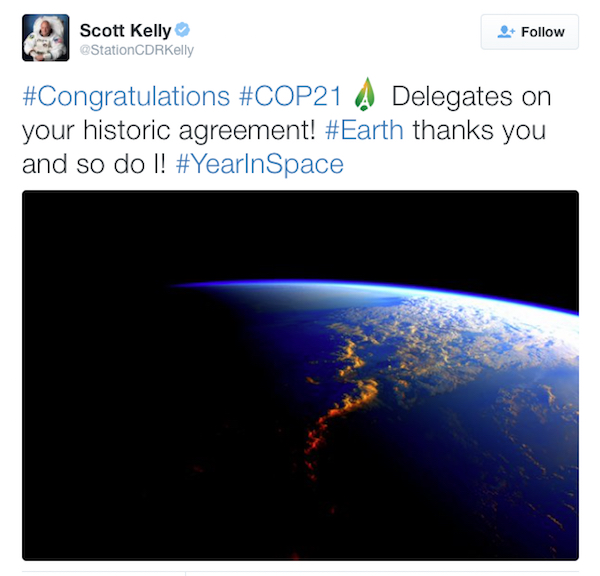 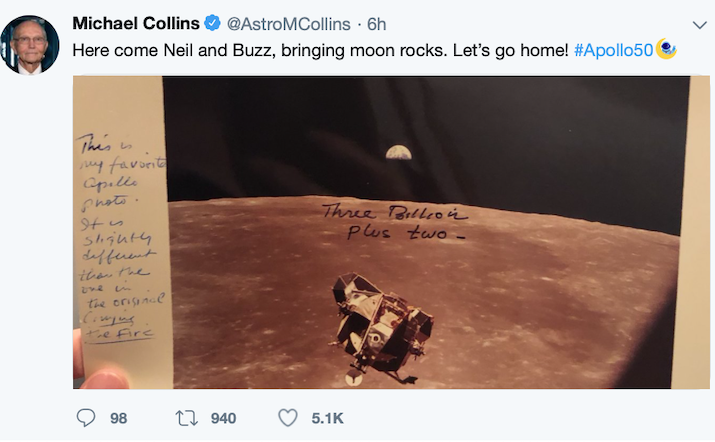