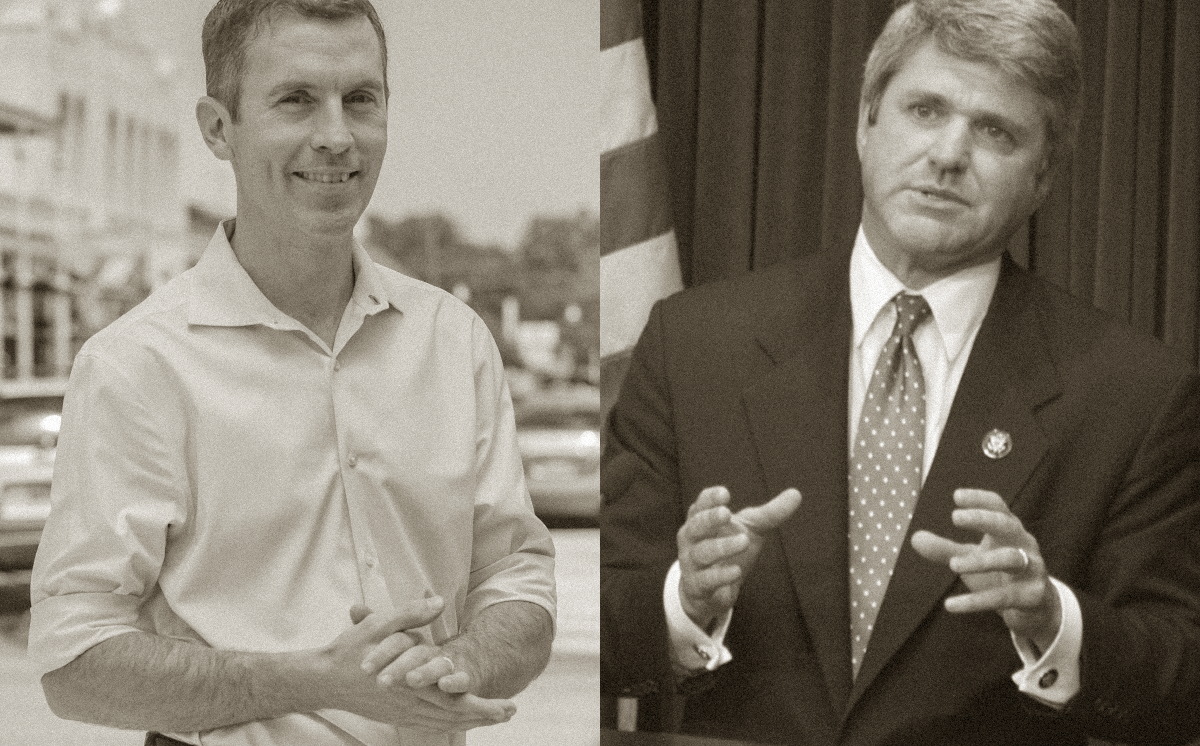 How do you keep climate change at the forefront of a voter’s mind in a time of pandemic and economic turmoil?

By emphasizing the interconnectedness of things, about how addressing climate change fosters a healthier population and a more just and robust economy, says Mike Siegel, Democratic candidate for the 10th Congressional District seat currently held by Republican Michael McCaul.

The 2020 election is the second match-up for these two. In 2018 Siegel, then a little-known civil rights attorney running on a platform of full-throated support of the Green New Deal and of Bernie Sanders-style progressivism, came within 4.3 points of beating McCaul, who has held the seat since 2005.

While much of the debate over the Green New Deal has centered on its call to mobilize Americans to transform society into one based on 100 percent clean, renewable energy and to do that in the next 10 years, relatively less has been devoted to other aspects of the Deal: its goals of creating millions of good, high-wage jobs, transitioning workers in fossil fuel industries into those jobs, and taking action to counteract systemic injustices in American society.

“Truthfully, climate does intersect with the jobs issue in particular,” Siegel said in an interview last week. “In Texas alone over 40,000 oil and gas workers have lost their jobs during this epidemic. To me this is a great opportunity to talk about something that the Green New Deal isn’t talked about much. … For as much as Republicans want to say it’s a job-killer, the Green New Deal is supposed to be a jobs engine. That’s the original premise – just like the original New Deal.”

A jobs program specifically targeting these out-of-work oil and gas workers would be one of the first measures he would introduce if elected, Siegel said.

Easing the transition to a clean energy future is important particularly for voters in the 10th District’s eastern part, which includes Katy, Cypress, and Tomball and where oil and gas companies employ lots of people.

Siegel tailors his talk about the Green New Deal to address concerns foremost on voters’ minds, and those differ in different parts of the district.

Flood control is a big issue for people in Harris County, Siegel said.

“They’re very willing to talk about climate change even though they themselves might be working in oil and gas. They want to figure out a path forward. The way I talk about it is, we have the foremost international experts at these oil and gas companies. These are companies that are already investing in wind and solar and renewable energies. They can chart the path forward, and it’s the government’s job to guide that.”

In the rural counties, groundwater pollution and other ill effects from fracking and from the large coal-fired power plant in Fayette County top the list of concerns.

“In Austin I can talk much more about the Green New Deal and people know what I mean,” Siegel added.

In 2018 Siegel cleaned up in Travis County, where both he and McCaul live. But in west Harris County he won just 36 percent of the vote. The strategy, then, is obvious.

Recent polling by Siegel’s campaign shows the two candidates in a statistical tie. That said, two respected political prognosticators – the Cook Political Report and Sabato’s Crystal Ball, based at the University of Virginia – put the race in the “leans Republican” column. Siegel countered that those assessments lag the reality on the ground.

In the time of Covid, phone calls must be the primary avenue for contacting voters, and in this Siegel’s campaign has the help of the Sunrise Movement, a youth movement working to stop climate change, in part by electing proponents of the Green New Deal. A national organization with headquarters in Washington, D.C., and some 400 local chapters (or “hubs”) around the country, the Sunrise Movement endorsed Siegel in early 2020.

“In Texas, for the first time, we were able to identify a candidate who was running on the progressive values and Green New Deal that are essential to our movement, who was running to unseat a Trumpist Republican incumbent, and who had very real shot,” said Madeline Canfield, an 18-year-old Houston native who is active in Sunrise’s Houston hub, the group’s term for its local chapters. The hub has about 80 active members, some 20 of whom are working on the 10th District race, Canfield said.

Mobilizing volunteers to make phone calls and knock on doors (the latter suspended during the pandemic) is the major component of what Sunrise does for candidates. Its goal is to make 250,000 to 350,000 calls on behalf of Siegel. Volunteers work closely with Siegel’s campaign. “We call who they ask us to call,” Canfield said.

“They’re not only idealistic and committed, but they’re also extremely well-organized,” Siegel said of the Sunrise members. “They have made a tremendous impact on my campaign.

“They’re very idealistic and progressive, but they’re doing very conventional campaign work. They’re not calling just young people; they’re calling the voters that my campaign thinks need to be contacted. Right now they’re contacting all the independent and less-aligned voters in the district to help convince them to vote for me.”

McCaul’s campaign did not respond to Texas Climate News’ request for comments for this article. His voting record makes clear, however, why Siegel would regard him as a tempting opponent in a district with many voters in progressive, climate-conscious Austin.

Canfield agrees that Siegel’s best election approach is to link climate change with the other pressing issues of the moment.

“What happened this summer was that we saw a pandemic ravage people’s lives, we saw uprisings in the streets for racial justice, we saw hurricanes rage and wild fires burn through the West Coast and the South.

“We felt – at the same time – climate change, we felt racial injustice, we felt … the pandemic. All of it fell together. So the messaging is, everything is connected. When you get out the vote, you’re saving yourself from the pandemic, and you’re saving us from the future crisis of the climate. We know we are voting for the planet.”