As risks converge in a complex world, the resilience of small-scale farmers and families living in poverty is tested to its limits. Many countries are reeling from a double whammy of erratic weather and a deadly pandemic. 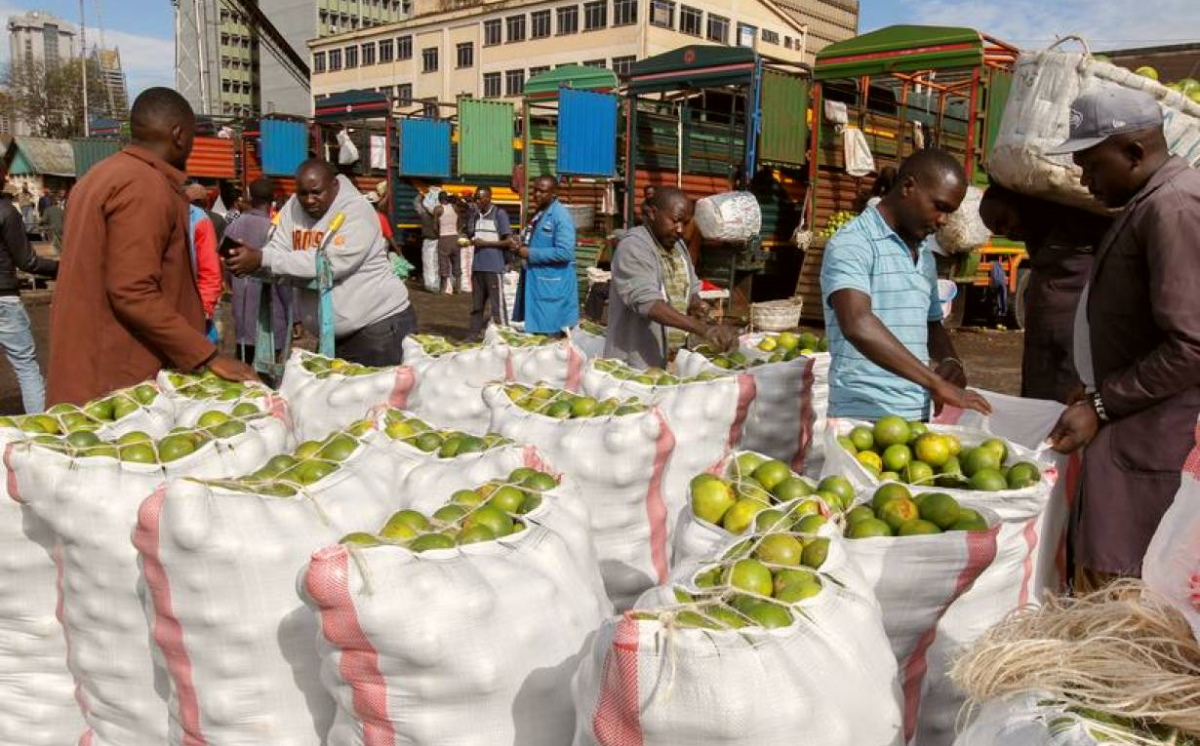 Traders in Nairobi rearrange oranges in sacks at the end of a night-long curfew ordered by Kenya’s President Uhuru Kenyatta to slow the spread of the coronavirus disease (Covid-19).

ROME and KUALA LUMPUR – With friends falling ill, another passing away and his movements restricted, coronavirus had already stretched Giordano Alpi physically and mentally when another disaster struck his 30-hectare farm in Emilia-Romagna in northern Italy.

A sudden plunge in night-time temperatures to below zero in late March caused extensive frost, damaging swathes of his fruit trees, including apricots, nectarines and peaches.

“The tendency of these anomalies in the climate is growing,” said the 56-year-old. “We are very worried about these two phenomena,” he said of climate extremes and coronavirus.

From Italy to India, Vietnam to Kenya, countries around the world are reeling from a double whammy of erratic weather – in many cases linked to climate change – and a deadly pandemic, both of which threaten lives and jobs.

“This is the new normal, absolutely. We’re in a world of converging risks,” said Christine Parthemore, a former adviser at the U.S. Department of Defense during international efforts to contain West Africa’s 2014-2016 Ebola outbreak.

She pointed to Yemen, which is being hammered by war, disease, water scarcity and economic woes simultaneously, and northern Nigeria, where migration brought on by long-term drought is coinciding with attacks from Boko Haram militants.

“We should assume – as part of all of our planning and strategy – that you’re not going to see threats manifest in isolation of one another anymore,” said Parthemore, who leads the Washington-based Council on Strategic Risks.

With even wealthy nations struggling to contain the coronavirus outbreak, the United Nations and other aid experts fear the harm it could do in places already beset by poverty, conflict and disasters.

It is “unfathomable” how poor populations will manage and respond to the virus, Chan told the Thomson Reuters Foundation.

With epidemiologists predicting the pandemic could last for months, Chan also warned that island states in the Atlantic Ocean were at risk both from the disease and the hurricane season that starts in June.

A similar scenario is already playing out in Vietnam, where the fertile Mekong Delta, famous for its rice and shrimp production, has battled severe drought and saltwater intrusion since late last year.

Nearly 100,000 households face water shortages, about 40,000 hectares of cropland have been damaged and there is little sign of the crisis abating, according to the United Nations.

But the virus is now hiking pressure on scarce water resources as cleanliness is stepped up, said Caitlin Wiesen, the United Nations Development Programme representative in Vietnam.

“The delta was under stress before Covid-19 came in. There was the issue of the lack of water for both food production … as well as for personal consumption and hygiene,” she added.

Food experts have already flagged that the pandemic is likely to put stress on production around the world.

A U.N. paper released last week said hunger and malnutrition levels were “already alarming” before the latest health crisis, which is “leading to instability in both local and global food markets, causing a disruption to food supply and availability.”

Martin Cole, chair of the expert panel that produced the report, spoke of potential disruption to farm labor and agricultural inputs like seeds at a critical time for planting.

“Predominantly the immediate impact of Covid-19 has been in countries with a rather developed food supply chain and sophisticated health service,” said Cole, who heads the University of Adelaide’s School of Agriculture, Food and Wine in Australia.

“The big unknown is how this is going to impact less-developed regions,” he added.

Sara Mbago-Bhunu, East and Southern Africa director at the International Fund for Agricultural Development, noted the virus was threatening families there who already have little to eat and get about half their food from informal traders and markets.

East Africa is also suffering from an invasion of desert locusts which have ravaged crops and decimated pasture, threatening the livelihoods of millions of people.

“If there’s disruption … to the informal trader on the bike or the buses bringing food into the markets, you can imagine prices will triple and quadruple,” said Mbago-Bhunu.

“That would have a devastating impact on the purchasing capacity of households,” she added.

Charles Iceland, WRI’s director of water initiatives, said the fast-moving coronavirus was “upending civilization,” but dealing with it should not mean ditching goals to tackle climate change, which would have a similar but slower effect.

“Covid will come and go at some point. … Climate change is going to be with us permanently,” he said.

Both phenomena are “threat multipliers” because of their ability to aggravate existing tensions and problems and cause far-reaching impacts, said Francesco Femia, co-founder of the Center for Climate and Security, a U.S. think-tank.

While there is no direct connection between climate change and the new coronavirus, there is “clear evidence that climate change is likely to exacerbate and potentially increase the likelihood of pandemics around the world,” he said.

“If our health infrastructure is not ready for Covid-19, then it’s certainly not ready for a changed world that has an increased likelihood of pandemics in the future,” Femia added.

The coronavirus offers a crucial opportunity for the world to consider how to prepare for simultaneous crises in future, he said.

“The fear is that the lesson learned is … we need more authoritarianism – that we need to harden our borders, restrict immigration, and be much more nationalistic,” he said.