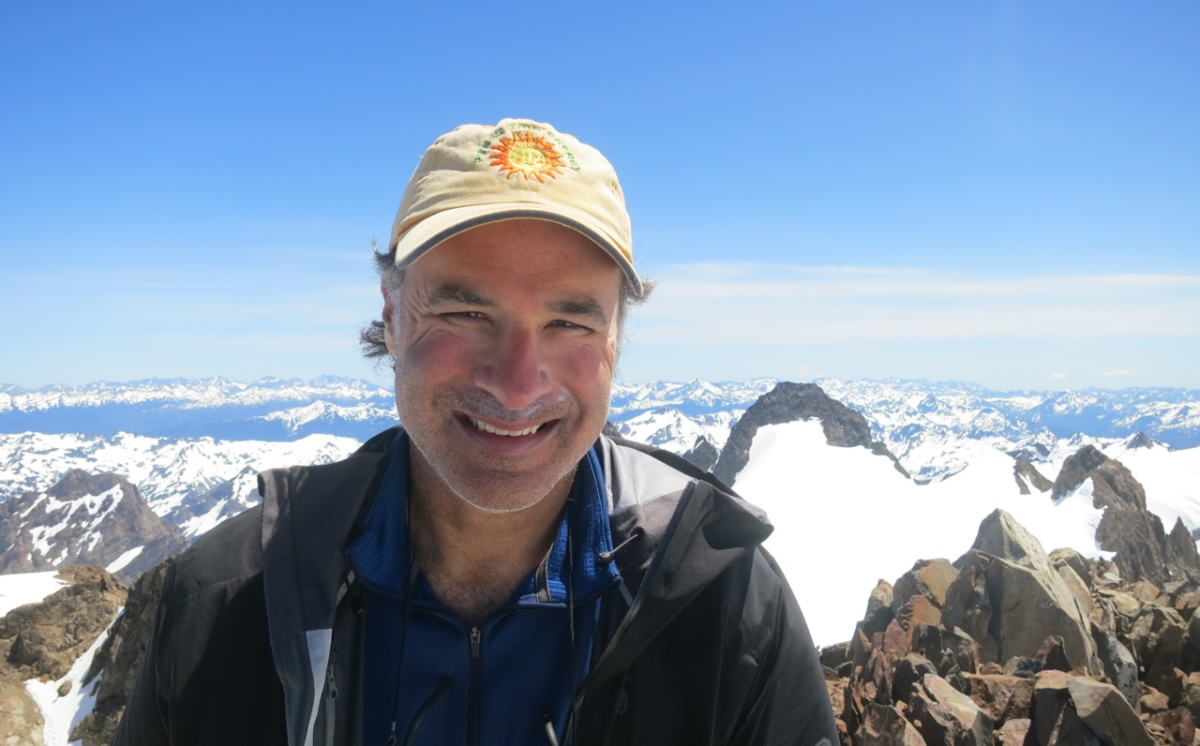 Journalist Dahr Jamail’s new book “The End of Ice” might equally be titled “The End is Near,” or at least a lot nearer than people realize.

Subtitled “Bearing Witness and Finding Meaning in the Path of Climate Disruption,” the book chronicles Jamail’s journeys to places direly affected by our rapidly warming climate. There he interviews leading experts and describes the personal impact the scene has on him. Glacier National Park, the Great Barrier Reef, the Amazon, and the now-not-so-frozen Arctic are among the places he visits in this scrupulously sourced and footnoted book.

Jamail, who was born and raised in Houston and graduated from Texas A&M University, is the author of “Beyond the Green Zone: Dispatches From an Unembedded Journalist in Occupied Iraq,” and “The Will to Resist: Soldiers Who Refuse to Fight in Iraq and Afghanistan.”

He spoke with TCN deputy editor Fritz Lanham about “The End of Ice” (The New Press, $25.99). The interview has been edited for clarity and length.

Your previous books have been about the wars in Iraq and Afghanistan. What prompted you to turn to climate change?

Living in Anchorage, Alaska, for 10 years from 1996, I became acutely aware, upon moving up there, of the climate crisis, even though I wasn’t then a journalist and hadn’t been reading about it at all.

But it was impossible to live near the Arctic and not see what was happening to the glaciers and not see the already disrupted weather patterns. I became a journalist because of the Iraq War, and that’s where I cut my teeth, but all the while the seed of the climate crisis was in the back of my mind. I knew ultimately I would write about that. 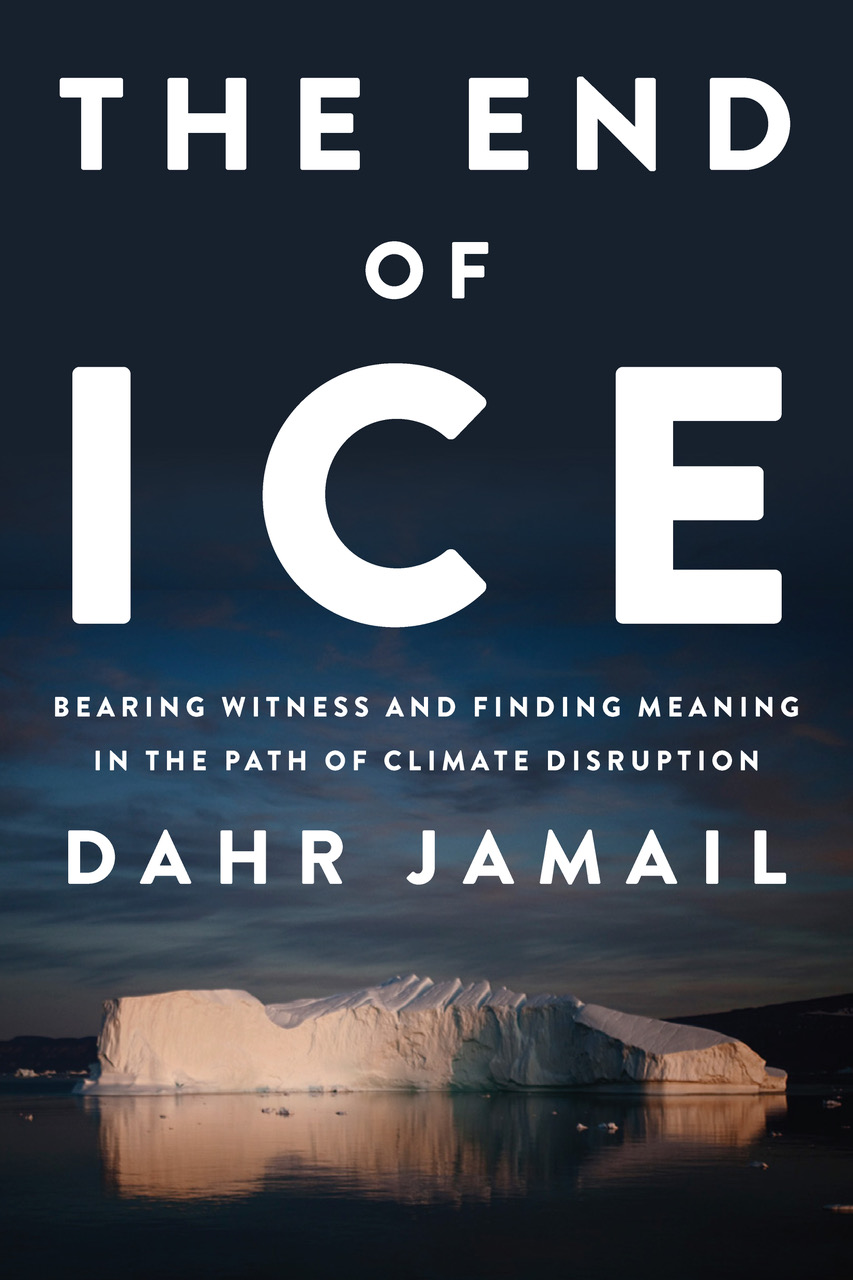 What were the biggest surprises for you as you researched this book?

I had been writing articles about the crisis for quite a few years before I dove into the fieldwork for the book. So I thought I had a pretty good bead on what was going on. But going out into the field and seeing the impacts firsthand with leading scientists was a completely different experience.

I was really taken aback by how rapidly everything was unraveling. For example, the Great Barrier Reef. It’s one thing to read about these major bleaching events. It’s another thing to snorkel over the reef where it’s bleached out white for as far as the eye can see. It’s a profound experience, on a visceral level, to see what these changes mean.

I think a lot of people don’t realize that 93 percent of the excess heat trapped by greenhouse gases is absorbed into the ocean. And that has multiple, very bad ramifications.

It does. Ninety-three percent of that heat is trapped, and half of that since just 1997. The most troubling aspect of that is there’s a lot of talk about different solutions or things people can do to try to mitigate the crisis. Well, there’s no way you’re going to recoup that heat from the oceans. We’re locked in to a certain amount of warming –some scientists say a minimum of 3 degrees C of warming – even if we stopped all fossil fuel emissions on a dime.

Let’s go through some of the bad ramifications. Rising sea levels – how bad is it going to get? Obviously this is of great concern to those of us living on the Texas Gulf Coast.

One of the experts I interviewed in the book, Dr. Harold Wanless from the University of Miami, a paleoclimate sea-level rise expert, said the last time the Earth went in and out of ice ages whenever there was a 100 parts per million increase of CO2 in the atmosphere there was a corresponding 100-foot sea level rise.

If you consider the fact that since the Industrial Revolution began we’ve added 135 parts per million CO2 to the atmosphere, we could be looking at that much sea level rise. Wanless felt pretty confident that we’d be looking at a minimum of 20 meters [65 feet] – there are several scientific studies that warn of this as well – and possibly much more than that.

Current projections by NOAA [National Oceanic and Atmospheric Administration] are for an 8.5 feet sea level rise by 2100, which would pretty much do in Galveston and a lot of the areas between Houston and Galveston. We also have to keep in mind that consistently these worst-case projections are being outpaced by observational evidence. So it could be much worse than that.

There are already some regional banks in South Florida that are not giving out 30-year mortgages. Bloomberg has reported there are fissures showing in the foundation of the real estate market across much of South Florida. Bloomberg even ran a story that said the real estate bubble there will pop long before the first drop of seawater enters the first house and stays there permanently.

Let’s move on to rising levels of water acidity. What will that mean?

As the oceans absorb heat they’re also absorbing CO2 from the atmosphere. It’s literally changing the chemical composition of the oceans; marine life is being dramatically impacted. Anything with a shell, like shrimp, crabs, etc., will find it increasingly challenging to live in the oceans. And as this progresses, many of those species won’t make it. It’s also affecting where species can live and where they can’t live.

The single biggest impact is on coral reefs. While they cover a small amount of the general sea floor, they are home to huge numbers of marine species at some part of their lives.

And then there’s what to me is the scariest thing in your book, and that is the impact of melting sub-sea permafrost. That seems apocalyptic, potentially.

It potentially is, right, and most people haven’t heard of that. They’re aware of permafrost and that it is thawing and that it contains carbon and small amounts of methane and that’s a huge problem. But even worse than that is in the shallow Arctic seabeds with sub-sea permafrost, potentially permafrost that’s right underneath the water and that contains frozen methane hydrates. Methane is a far more potent greenhouse gas than CO2. In fact it’s 100 times more potent on a 10-year timescale.

There are several scientists studying it and very worried about the fact that as the Arctic Ocean warms and as we lose increasing areas of the Arctic sea ice, more of that sub-sea permafrost is thawing out. One scientist in the book. Dr. Ira Leifer, is convinced it’s just a matter of when massive amounts of that methane start to bubble up and be released from the seabed.

Another scientist, Natalia Shakhova, released a study warning that you could have an immediate, abrupt very large-scale release, where the amount of methane could be equivalent to as much as half of all the CO2 we’ve already added into the atmosphere. Even NASA has released reports calling it the sleeping giant that could be stirring in the Arctic.

Finally, people who haven’t read anything about your book may arrive at your concluding chapter thinking you’ll pull a rabbit of hope out of this hat of disasters. But you don’t.

It was really hard to write that concluding chapter. There isn’t a magic rabbit to be pulled out of the hat. What I realized was that the thing for me to do at this stage of the crisis, where it’s so evident that it’s rapidly spiraling further and further out of control, is to reconnect with the planet.

I don’t have the answer for anyone other than myself. I feel the gravity of the crisis is such that our species is possibly threatened with extinction. It is such that each of us needs to get really quiet and listen and then dig really really deep to decide what is most important in my life and what actions do I choose to take in this time.

And that has to start with reconnecting with the Earth because I feel that the fundamental cause of the crisis is industrialized humans’ disconnection from the planet.

Fritz Lanham, the deputy editor of Texas Climate News, was books editor at the Houston Chronicle for 16 years.