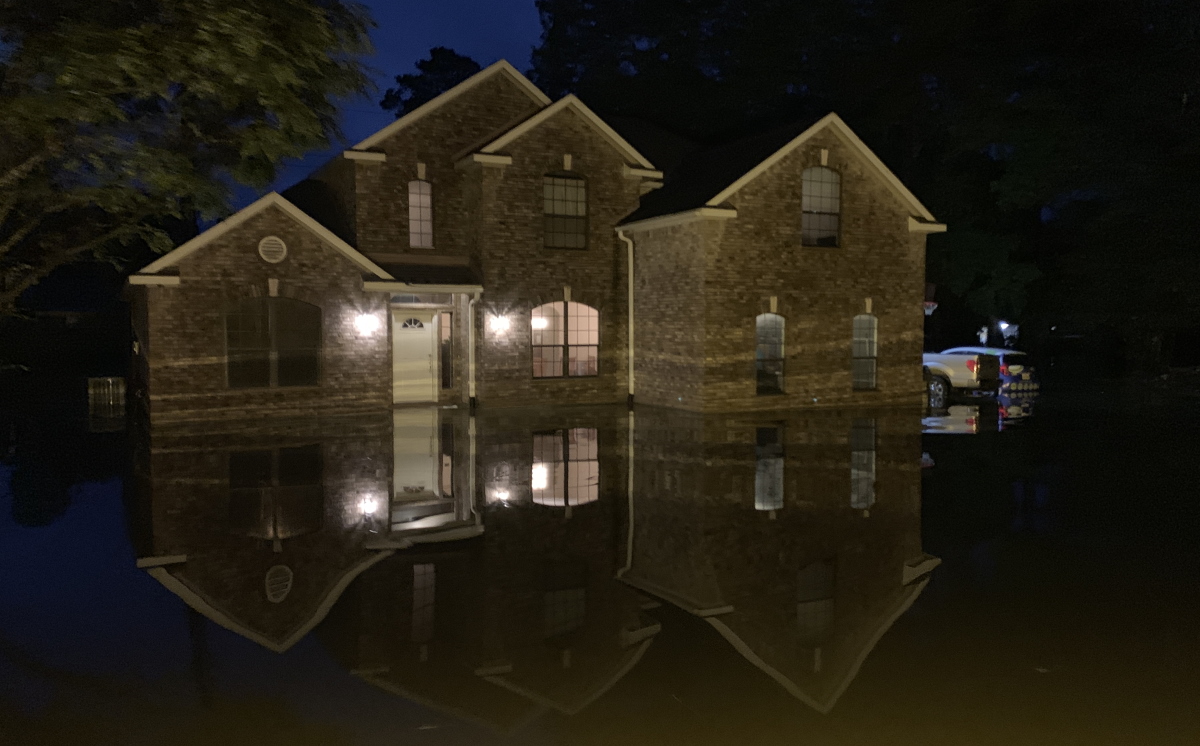 Tropical Storm Imelda’s devastating flooding in Houston and neighboring areas in September was “increased substantially” – made both more intense and more likely – by human-caused global warming, an international team of scientists has concluded.

The study, released last week by the research partnership World Weather Attribution, echoes and reinforces studies that found man-made climate change had boosted Hurricane Harvey’s catastrophic flooding in Houston and other locations on the Texas Gulf Coast two years ago.

Imelda’s rainfall was “extreme,” the scientists who conducted the study for World Weather Attribution said – an amount expected only once in 1,200 years at the site with the storm’s highest precipitation and only once every 50 years at any of 85 monitoring stations in the region.

The scientists said their study underscores the conclusion that “climate change has clearly led to increased precipitation during extreme events in Southeast Texas.” They added: “Coupled with sea level rise, climate change has resulted in more frequent and intense flooding, especially in coastal areas.”

As that occurs, rapid population growth and urban expansion in the area means more people and more property are at risk of flooding, they noted.

The team of scientists who produced the analysis included scientists at Texas A&M University at Galveston, Princeton University, Britain’s University of Oxford and two Netherlands-based institutions. Oxford and the Netherlands centers are partners in managing the World Weather Attribution project.

“Attribution” in this case refers to the relatively young area of climate science that is improving methods for calculating how much of a role in severe weather events can be attributed to man-made climate change.

Generally speaking, climate scientists say the warming atmosphere is increasing ocean temperatures and atmospheric moisture, both of which can intensify storms.

In a 2016 report, the National Academy of Sciences summarized these and other effects of global warming:

As climate has warmed over recent years, a new pattern of more frequent and more intense weather events has unfolded across the globe. … Warming increases the likelihood of extremely hot days and nights, favors increased atmospheric moisture that may result in more frequent heavy rainfall and snowfall, and leads to evaporation that can exacerbate droughts.

Several attribution studies said climate change made Harvey’s impact much worse than it would have been without human influence on the atmospheric system.

One study said man-made warming made an event like Harvey three times more likely and its rainfall 15 percent more intense. Another research project said rainfall amounts in “the most affected areas of Houston” were 3.5 times more likely. Yet another Harvey-focused study concluded that a storm dropping more than 20 inches of rain on Texas (Harvey deposited more than 50 inches in some places) was now six times more likely than in the latter 20th century.

Like Harvey and Tropical Storm Allison in 2001, which also brought mammoth flooding to Houston and neighboring areas, Imelda also stalled after making landfall, contributing to higher rainfall totals than might have been the case in a faster-moving storm.

Last year, a federal scientist published a study on this issue, concluding that tropical cyclones – weather systems called disturbances, tropical storms or hurricanes, depending on how strong they are – have slowed down by an average of 10 percent from 1947-2016 around the world.

Last month on NPR, Kossin was asked whether slower-moving and therefore more destructive storms that have been occurring are linked to man-made climate change. The scientist, who works at the National Oceanic and Atmospheric Administration, replied:

Yeah, I think that it’s a fairly compelling inference, if nothing else. Our studies look at past data. So it’s not a direct attribution study, per se, but we know that all of the numerical simulations, in our best theoretical understanding, is that winds will generally slow down as the planet warms. So this is entirely consistent, with a human fingerprint, on what we’re seeing.

Kossin said the trend he is studying – “a lot more destructiveness of far slower hurricanes,” in the NPR interviewer’s words – “is projected to continue into the future. So there’s no reason to think that, as long as we keep on with business as usual [releasing heat-trapping, fossil-fuel pollution at current rates] that this trend is going to change in any way.”