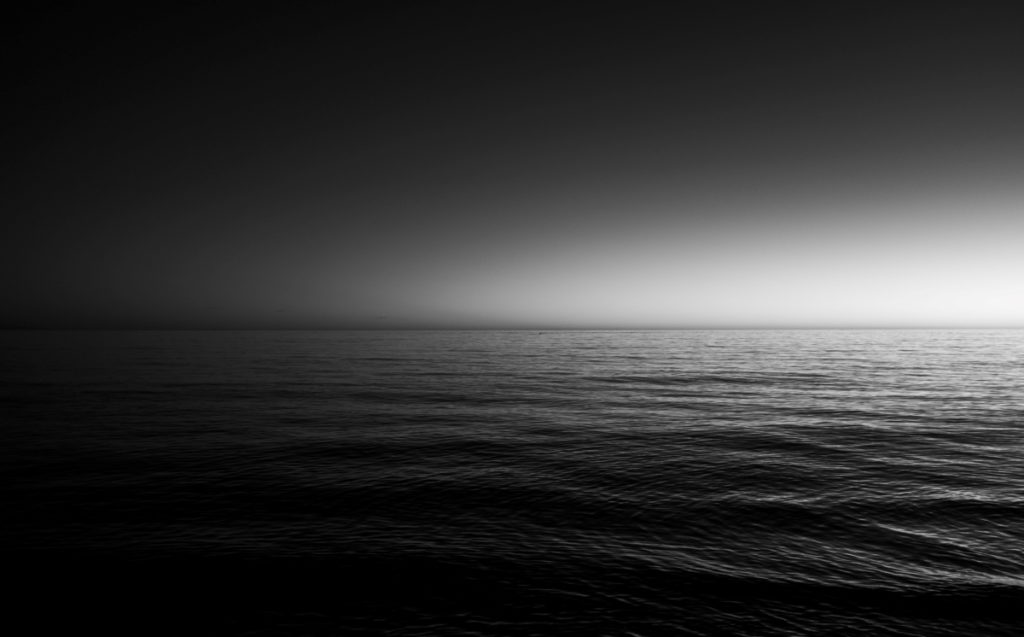 Gulf of Mexico at twilight from the Florida coast

A report from researchers at Louisiana State University predicts an annual hypoxic or “dead” zone in the Gulf of Mexico covering 8,717 square miles this summer, the second largest since monitoring of the phenomenon began in 1985.

Scientists define hypoxia as a decrease in the concentration of dissolved oxygen in the water column to a level that no longer supports living aquatic organisms. For the northern Gulf of Mexico, that level is less than 2 milligrams of oxygen per liter of water.

Two factors create the Gulf dead zone: excessive freshwater and nutrients, both of which arrive in outflow from the Mississippi River. Freshwater forms a layer atop the saltwater that prevents oxygen from penetrating. Nutrients, primarily nitrogen from agricultural runoff, stimulate phytoplankton growth and the subsequent decomposition of the organisms consumes oxygen.

Unprecedented rainfall throughout the Midwest this spring created unusually high amounts of both freshwater and nutrients reaching the Gulf. According to NASA Earth Observatory, the months from May 2018 to April 2019 represented the wettest in the continental United States in 125 years of modern record keeping.

On top of that, the National Oceanic and Atmospheric Administration’s National Centers for Environmental Information reported 4.41 inches total precipitation in May 2019 for the contiguous U.S., the second wettest May in 125 years of records and second wettest for all months since January 1895. The current record, 4.44 inches, occurred in May 2015.

Nancy Rabalais and Eugene Turner, professors in LSU’s Department of Oceanography and Coastal Sciences and authors of the forecast report, base their annual predicted dead zone size on the nitrogen load in the Mississippi River in May. They subsequently map the hypoxic area by sampling Gulf waters during the last half of July, which they have done at the same stations and in the same order every year since 1985. (There were two exceptions – 1989 due to lack of funding and 2016 due to mechanical problems.) Their sampling starts at the mouth of the Mississippi River, then proceeds station-to-station on a grid westward along the coast.

The dead zone is at its maximum severity and extent from June until September, Rabalais told Texas Climate News, with the duration depending on tropical storms that mix up the water column and reduce hypoxia. If a tropical storm occurs before or during this year’s sampling cruise, the dead zone likely will be 70 percent of the current prediction, or 5,346 square miles.

Gulf currents take water flowing from the Mississippi River in a westward direction along the coast of Louisiana and onto the upper Texas coast. Hypoxic conditions therefore occur along the Louisiana shelf west of the Mississippi River and into Texas, from near shore to as far as about 77 miles offshore and up to almost 200 feet deep. Its average thickness seems to be increasing, according to NOAA.

U.S. Geological Survey models estimate that more than 50 percent of the nitrogen in the river comes from row crops such as corn and soybeans, Rabalais said, with smaller percentages from cities and the atmosphere. The level of nitrogen has increased threefold since records started in the 1950s, with rapid increases in the 1970s. No decreases have occurred in the past few decades.

Hypoxia is an indicator of poor water quality and has serious effects on marine life. “In the Gulf, the fish, shrimp, and crabs swim away from the area,” Rabalais said. “Creatures that live in sediment and can’t swim away do not survive. These organisms form the base of the food web.” The dead zone experiences loss of biological diversity and disruption of the food web, including loss of bottom-dwelling creatures, an important food source for larger organisms.

Industries such as Louisiana’s shrimp fishery feel the effects. “When oxygen is less than 2 milligrams per liter over that large of an area, shrimpers can’t catch any anything,” Rabalais said.

Heavy rains have other detrimental effects in the Gulf. On June 14, NOAA Fisheries declared an “unusual mortality event” after 261 bottlenose dolphins stranded along the Gulf coast from Louisiana to the Florida Panhandle. While the agency said it has yet to determine the cause of the deaths, the dolphins showed skin lesions typical of those caused by exposure to freshwater.

The dead zone is likely to continue to grow in future years thanks to a warming climate. Increasing atmospheric heat translates into increasing atmospheric water content, which drives precipitation. A global analysis of rainfall patterns found that, between 2004 and 2013, bouts of extreme rainfall increased by 7 percent worldwide. The study identified the Midwestern U.S. as one of the primary areas seeing increasing frequency of extreme rainfall. In addition, the federal government’s Fourth National Climate Assessment reports increases in intensity and frequency of heavy precipitation events in most parts of the U.S. since 1901 and projects continuation of those increases.

Bottom line, the coming years likely will see heavy rain in the Mississippi Basin, and the resulting increased freshwater outflow and chemical runoff into the Gulf means ongoing and increasing hypoxic conditions.

Changes in farming practices could help break the dead-zone pattern by reducing the nutrient load going to the Gulf. Even simple changes such as rearranging fertilizer application while using the same amount of it could reduce nitrogen load by 21 percent, Turner and Rabalais say in their report. One field trial showed that using cover crops for four years reduced fertilizer use by 91 percent. Other possible strategies include incentives for wetland restoration and better stormwater management.

The Gulf of Mexico Hypoxia Task Force set a target for a five-year average size for the dead zone below 1,900 square miles and has successfully tested various strategies for reducing nutrient pollution. However, from 2014–2018 that average size was around 6,000 square miles — three times the target.

In fact, the Northern Gulf of Mexico dead zone is the largest affecting the United States and the second largest in the world. Dubious distinctions indeed.