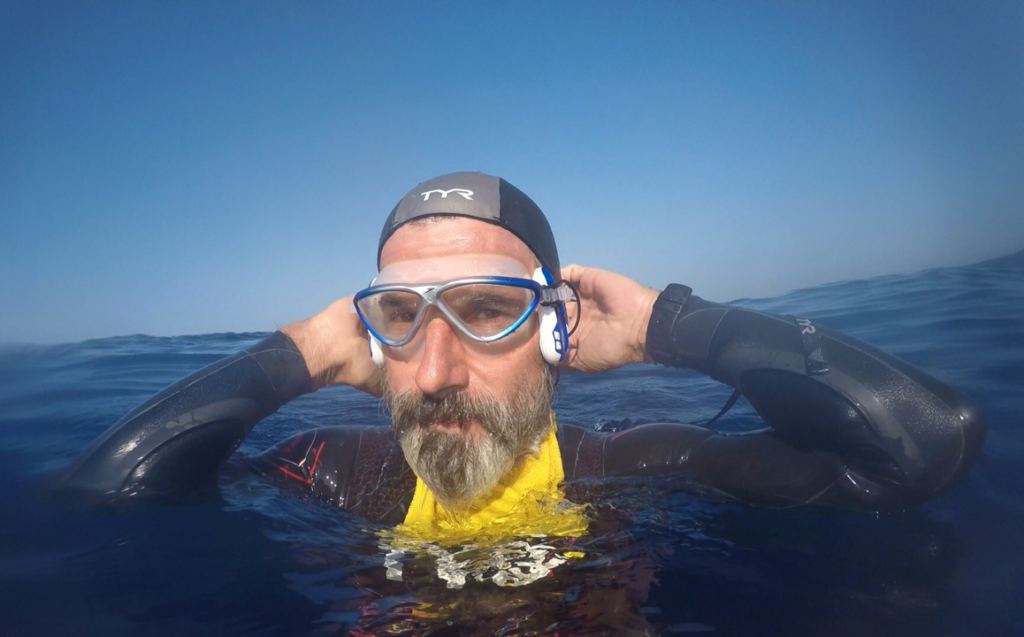 An Austin man is about to swim from Hawaii to California with a stop at the Great Pacific Garbage Patch, an ocean area of plastic garbage and other refuse twice the size of Texas.

Ben Lecomte, a Frenchman who adopted Texas as his home and the ocean as his best friend, will swim on a three-month expedition to several different locations in the Pacific.

Lecomte, 51, wants to draw attention to the deplorable state of affairs in the world’s oceans. He swam across the Atlantic and part of the Pacific previously.

“We know that the problems in the oceans are largely because of our behavior here on land,” Lecomte told Texas Climate News. “We are the great source of the problem.”

Across the planet, from sea to shining sea, dead whales wash ashore, starved, because their bellies are stuffed with plastic bags mistaken for food. A similar fate awaits seabirds, whose gullets may be full of plastic bottle caps and other tiny pieces of plastic.

The Pacific Garbage Patch is not an island. It is a floating collection of trash that varies from discarded or lost plastic fishing nets to disintegrating single-use plastic items that drift about until they become trapped in a spinning gyre that continues to enlarge.

The garbage patch Lecomte will swim through is the largest of five such patches floating in the world’s oceans. It holds about 1.8 trillion pieces of disintegrating microplastic, according to a two-year old estimate. Then he will swim through shark-infested waters to the California coast.

Today (World Oceans Day, June 8), dressed in a wetsuit, goggles, flippers and a snorkel, Lecomte planned to step across the sand of an Oahu beach into the Pacific to begin the first of his eight-hour daily swims. A boat and a crew will accompany Lecomte, keeping him safe, examining materials that have been collected and doing scientific experiments.

Three months later, Lecomte expects to walk on to a California beach after collecting new ideas and data for scientists – and generating publicity for ocean conservation. But it will take more than one brave and obsessed man swimming the world’s oceans to fix their ills.

Some states and cities have banned plastic bags and are restricting the use of single-use to-go cups and take-out food containers. That’s a step in the right direction, but more must be done, say ocean advocates. 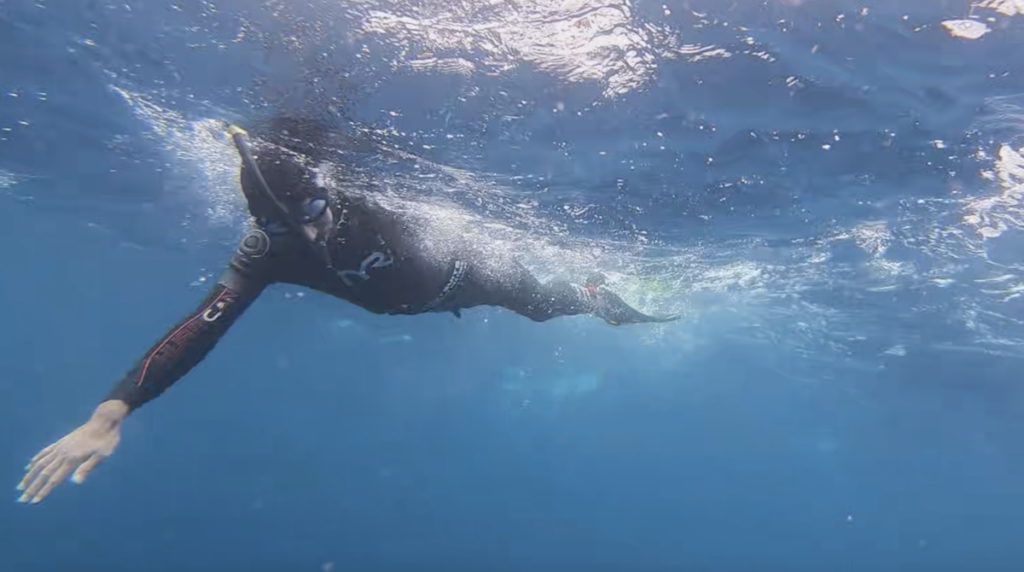 Lecomte was a panelist at an environmental summit in Dallas in April where experts on saving the ocean gathered to share best practices. The conference was organized by Blue Frontier, the Inland Ocean Coalition and Dallas-based EarthX, all groups working to diminish the plastic and refuse carried by streams and rivers to the sea.

“This is the next wave, learning how the watershed connects to the ocean,” said David Helvarg, Blue Frontier’s executive director. “Promoting solutions for the ocean is not just for the coastal states.”

Vicki Nichols Goldstein, founder and director of the Inland Ocean Coalition, which started in Colorado in 2011, said her group builds community-based ocean conservation chapters throughout the nation.

The coalition has 12 chapters nationally, including one in Texas and discussion of another forming in the state.

Many members of Congress do not have an ocean constituency to work with on conservation, Goldstein said.

“We try to attract a wide cross-section of people, regardless of professional life, and engage them as community conservation leaders. You don’t have to see the ocean to want to protect it,” she said.

In the Texas ranching community, concern for sustainability and protecting the water supply, and subsequently what flows into the Gulf, is a critical priority, said Clay Mathis, executive director of the King Ranch Institute for Ranch Management, which offers graduate programs in ranching and land management at Texas A&M University-Kingsville.

The institute wants ranchers to be great managers of land, finances, soil and policy, Mathis said.

“We teach a systems approach to systems management and promote a high level of awareness of any unintended consequences,” he said. “The key to all of that is sustainability.”

A good example of unintended consequences is hypoxia, dead zones in the ocean where there is not enough oxygen to sustain life. In recent years the agricultural runoff packed with fertilizer and other nutrients drove oxygen levels in the Gulf of Mexico below Louisiana so low that it created a dead zone killing off shrimp, crab and oysters.

The Texas Coast is more fortunate, with dead zones that appear only intermittently, said Paul Montagna, an ecosystems modeling professor at the Harte Research Institute for Gulf of Mexico Studies at Texas A&M University-Corpus Christi.

“Texas, for the most part, doesn’t have nutrient loading in its bays,” Montagna said. The dead zones in the Texas Gulf are more dependent on runoff washed down rivers during big storms, he said.

“The big problem here is that Texas is running out of water,” Montagna said. “The state will have difficulty providing enough water for its people and the environment.”

During those long eight-hour swims, Lecomte can ponder the answer to a question at least as difficult as getting the trash and plastic out of the sea: Finding enough water to keep Texas thriving and its bountiful Gulf Coast alive.

Neil Strassman, an independent journalist based in the Dallas-Fort Worth area, is a contributing editor of Texas Climate News.