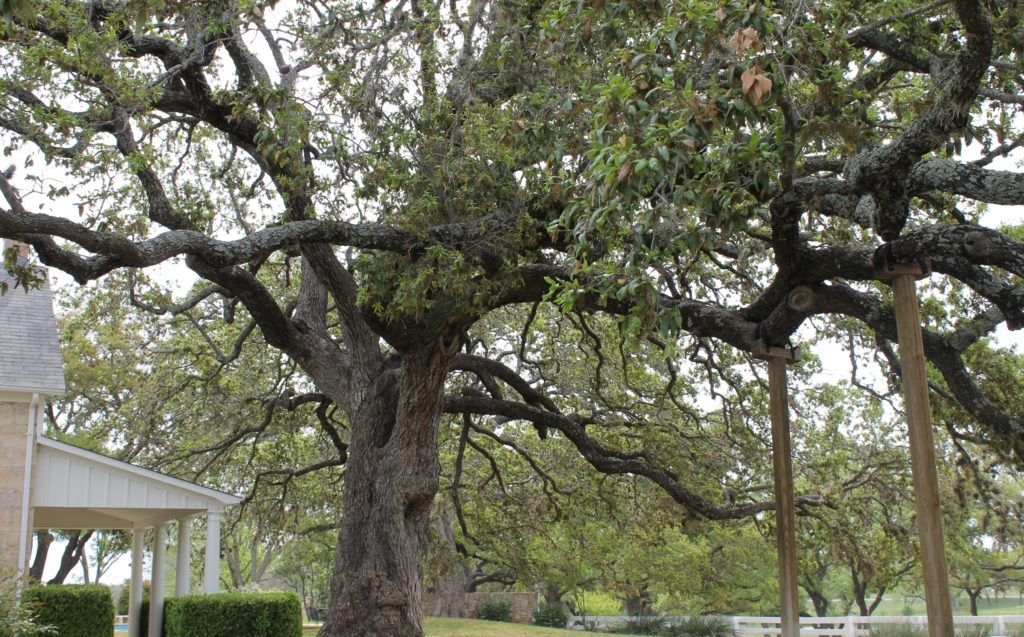 “Pollenpocalypse.” That’s the word minted for the allergy situation in North Carolina this month. What could prompt such a dire term?

“Massive clouds of sneeze-inducing pollen … tint[ed] the skies yellow and cover[ed] cars, streets and ponds in a fine powder that left footprints on the carpets of unsuspecting residents and made allergy sufferers want to hibernate in a panic room until summer,” the New York Times reported.

And while the pollen explosion in the Southeast dominated recent allergy news, other areas including Texas have had their share of early springtime sniffing-and-sneezing misery.

High levels of tree and grass pollen have been intermittently reported in various parts of the Lone Star State. On April 3, for example, three cities – Georgetown, Dallas and Waco – were among the five nationwide that the Weather Channel’s Allergy Tracker said had the highest pollen counts.

Plant allergens and human beings have coexisted for millennia, with pollen loads varying from year to year. Recent studies indicate climate change is propelling plants to produce more pollen in many places. That trend obviously has health implications for the millions who experience respiratory allergies and associated infections, as well as those with asthma, a potentially much more dangerous condition.

In a study published last month in the scientific journal The Lancet Planetary Health, researchers from the U.S. and 15 other countries examined data from 17 sites across the Northern Hemisphere over an average period of 26 years.

In 12 locations, they concluded, “the long-term data indicate significant increases in both pollen loads and pollen-season duration over time across the pollen collection locations.”

The scientists said their analysis “illustrates a clear positive correlation between recent global warming and an increase in the seasonal duration and amount of pollen for multiple allergenic plant species.”

In a separate study, researchers at the University of Maryland found that seasonal allergic rhinitis – aka hay fever – increases with changes in the onset of spring, both when it is earlier and much later than normal. The study was based on information collected from more 300,000 people between 2002 and 2013.

An early spring onset may mean a longer tree-pollen season, while many tree species may produce pollen simultaneously in a very late onset, the researchers surmised.

Previous studies have shown that plant phenology (cyclic and seasonal phenomena) is highly dependent on temperature. As such, it is one of the most sensitive indicators of how our ecosystem is responding to climate change,” said Chengsheng Jiang, a co-author of the paper, in a statement from the university. “We show that such climate change-driven ecological changes are directly linked to allergic disease burden in the United States. Even a relatively small change in the timing of tree flowering can have a significant economic impact, given that 25 million American adults already suffer from hay fever each year.”

A study published last December in the journal GeoHealth estimated that by 2090 higher tree and grass pollen levels in the U.S. due to climate change will increase emergency-room visits for allergic asthma episodes by 14 percent or 8 percent, depending on whether greenhouse pollution follows high or moderate emissions scenarios. The increases reflect projected increases in the pollen seasons for oak and birch trees and grass.

The researchers – affiliated with three universities, a consulting firm and the U.S. Environmental Protection Agency – estimated that springtime oak and birch pollen now accounts for 25,000 to 50,000 ER visits for asthma, about two-thirds for people under 18. Grass pollen in the summer accounts for fewer than 10,000 such visits, they calculated.

U.S. and Canadian researchers reported in 2016 that ragweed pollen seasons had grown longer, by six to 25 days, in 10 U.S. and Canadian locations between 1995-2015. At one other site they studied – in Central Texas – the season grew one day shorter during that period.

These trends “are strongly related to changes in the length of the frost-free season and the timing of the first fall frost,” the EPA explains in a discussion of climate-change indicators on its website. “Northern areas have seen fall frosts happening later than they used to, with the delay in first frost closely matching the increase in pollen season. Meanwhile, some southern stations have experienced only a modest change in frost-free season length since 1995.”