Human efforts are producing a greener Earth, but the news is not all good 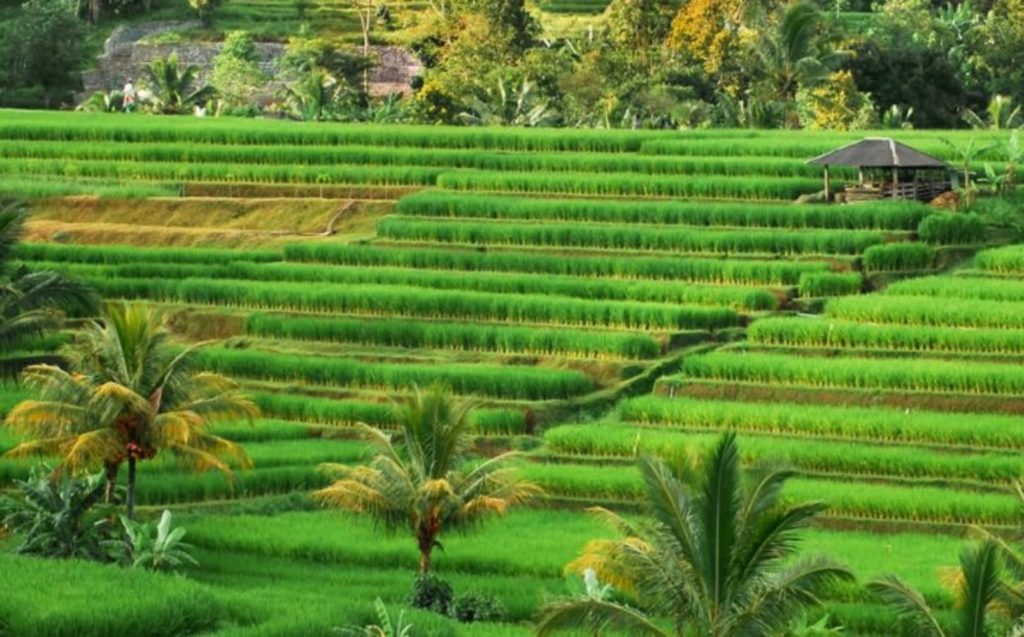 Despite climate change, water scarcity and the many ills affecting the planet, this generation is living on an increasingly greener Earth.

Measurements from space show that some parts of the northern hemisphere, notably China and India, are a lot greener than they used to be, which is potentially very good news for the climate.

Growing vegetation takes up a great deal of carbon dioxide from the atmosphere, so the more that plants and trees can use, the greater the chance of slowing global warming.

There is also concern that the effort to grow crops to combat climate change will itself leave less space for other vegetation. And changes in Arctic vegetation are prompting concern that they could promote an increase in releases of greenhouse gases.

Up to now scientists who have already noted the appearance of global greening thought it was because plants were responding to the fact there was more carbon dioxide in the atmosphere (which is needed for photosynthesis) and so were growing faster, in a process known as the fertilizer effect.

This turns out to be only partly true, because a new study reported in the online community Nature Research Sustainability has shown that it is more intensive agriculture and the use of much more artificial farm fertilizers that is one of the main contributors to greening.

This is causing its own environmental damage by polluting watercourses and damaging biodiversity.

But despite these reservations there is much good news in the latest research. Since the turn of the century China has shown a remarkable growth in its green areas because of the planting of new forests and the intensification of agriculture. Although the country contains only 6.6 percent of the global vegetated area, it alone accounts for 25 percent of the net increase in leaf area of the planet in that time.

Of this, 42 percent of the increase in green areas was from newly planted forest and 32 percent from croplands. The forests are designed to hold back the deserts, cut air pollution and reduce climate change.

The 32 percent rise of greening in croplands was caused by intense agriculture, more irrigation with multiple cropping, and heavy fertilizer use, often causing damage to the local environment.

In India, also far greener than in 2000, larger forests account for only a 4.4 percent increase in greening, while 82 percent comes from croplands. In both countries food production has increased 35 percent in the same period as both governments have sought to feed their people.

The European Union also has experienced considerable greening over the same period, third behind China and India in the global league table. In this case 55 percent was due to increased cropland and 34 percent to more forests.

Sadly, despite the increased uptake of carbon dioxide from the atmosphere in the northern hemisphere, the greening this represents did not make up for the loss of leaf area in tropical forests.

Brazil, the Democratic Republic of the Congo, and Indonesia continued destroying their forests, and in doing so more than made up for the gains elsewhere, apart from the damage this did to ecosystems and biodiversity, the scientists note.

They compiled a league table of greening and the reverse – browning – where satellites show countries have degraded or abandoned land and so reduced the vegetation cover.

This does not tell the whole story, because while some land became browner other patches became greener, so in nearly all countries the browning was balanced out by greening. Altogether the Earth became a lot greener in this period, particularly in the northern hemisphere.

The Nature study concludes that a third of the vegetated land on Earth is becoming greener, in other words more productive, but this is not simply the effect of more carbon dioxide in the atmosphere.

Most of the greening is due to more intensive agricultural practices, as in China and India, and more planting of forests. This, rather than the fertilizer effect, is responsible for at least a third or probably more of the greening of the Earth this century.