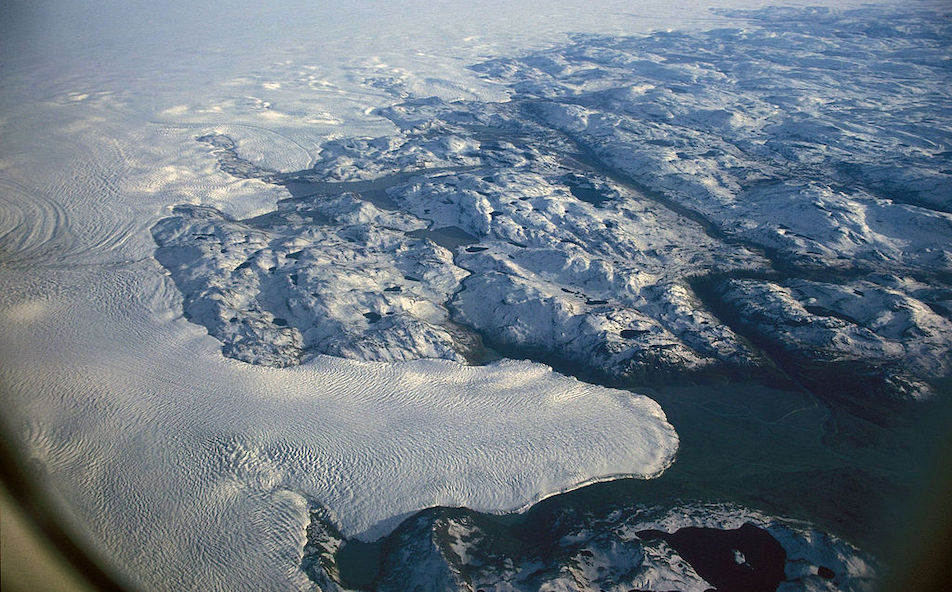 A new study found that melting of Greenland’s huge ice sheet was happening nearly four times faster than in 2003 and will be “a major contributor” to rising seas in 20 years.

With Harvey in 2017 and Ike in 2008 Texans received a pair of fearsome lessons on two important ways scientists say climate change is making hurricanes more destructive:

New studies issued this month suggest Texans should buckle up for more of the same – and potentially worse. They underscore experts’ warnings that Harvey and Ike were harbingers of what climate change has in store for coastal locations.

The world’s average ocean temperature in 2018 was the hottest on record, surpassing 2017, which was the previous record-hot year, a team of researchers from the United States and China reported in a study in Advances in Atmospheric Sciences.

Another U.S.-China research team published a study in the journal Science in which they concluded, based on four prior studies, that average ocean temperatures are rising 40 percent faster than the world’s leading climate-science body had reported six years ago. That organization, the Intergovernmental Panel on Climate Change, had based its conclusion on studies before 2013.

“The fairly steady rise in ocean heat content shows that the planet is clearly warming,” the authors of the new Science study wrote. “The prospects for much higher ocean heat content, sea level, and sea-surface temperatures should be of concern given the abundant evidence of effects on storms, hurricanes, and the hydrological cycle, including extreme precipitation events.”

As the oceans take up most of the heat added to the terrestrial system by the buildup of greenhouse pollution, the resulting thermal expansion of ocean waters is causing most of the man-made sea-level rise that is occurring, scientists say.

Melting ice in the Arctic and Antarctic is another important contributor to sea-level rise, and one that scientists are concerned could potentially become a bigger factor. Studies published this month documented dramatic speed-ups in melting in both of the planet’s frigid regions.

A study published in the Proceedings of the National Academy of Sciences on Monday reported that ice loss from Greenland’s huge ice sheet in 2012 was happening at nearly four times the rate of melting there in 2003 and will be “a major contributor” to rising seas in 20 years.

“This is going to cause additional sea level rise. We are watching the ice sheet hit a tipping point,” Michael Bevis, the study’s lead author and a geodynamics professor at Ohio State University, told The Guardian. “We’re going to see faster and faster sea-level rise for the foreseeable future. Once you hit that tipping point, the only question is: How severe does it get?”

Last week, another study in the Proceedings of the National Academy of Sciences outlined evidence that melting of glaciers in Antarctica is also speeding up, possibly signaling an increase in sea-level rise because of that phenomenon. The cause, the researchers wrote, is warmer ocean water:

“The mass loss is dominated by enhanced glacier flow in areas closest to warm, salty, subsurface circumpolar deep water, including East Antarctica, which has been a major contributor over the entire period.”

Telling the Washington Post that he didn’t “want to be alarmist,” Eric Rignot, a professor of Earth system science the University of California at Irvine who led the research, nonetheless said that the glacier locations changing in Antarctica “are not limited to just a couple places. They seem to be more extensive than what we thought. That, to me, seems to be reason for concern.”