Global commission: More vegetables, less meat for all our sakes 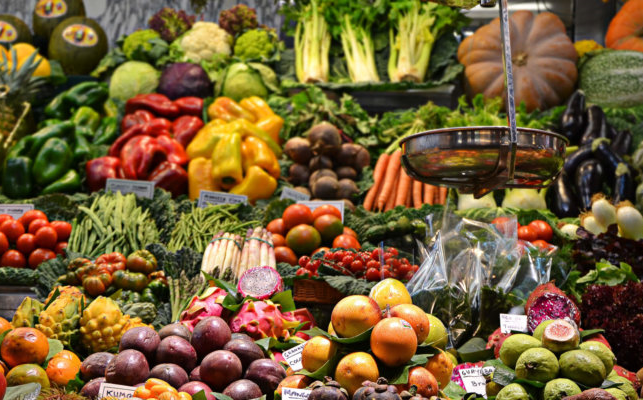 An international panel of health scientists and climate researchers has prescribed a new diet for the planet: more vegetables, less meat, fresh fruit, whole grains and pulses, give up sugar, waste less and keep counting the calories.

And if 200 nations accept the diagnosis and follow doctor’s orders, tomorrow’s farmers may be able to feed 10 billion people comfortably by 2050, help contain climate change, and prevent 11 million premature deaths per year.

A commission sponsored by The Lancet, one of the oldest and most distinguished medical journals in the world, last week provided what it calls the first scientific targets for a healthy diet, from a sustainable food production system, that operates within what its authors term “planetary boundaries.”

The commission is the result of three years’ consultation by 37 experts from 16 countries, among them experts in health, nutrition, environmental sustainability, economics and political governance.

It addresses the twin problems of global food supply: altogether 3 billion people are either under-nourished, or approaching clinical obesity because they are too well-nourished.

And global food production in its present form is helping to drive global warming and climate change, trigger accelerating biodiversity loss, pollute the rivers, lakes and coasts with ever greater levels of nitrogen and phosphorus run-off, and make unsustainable use of both land and fresh water.

“The food we eat and how we produce it determines the health of people and the planet, and we are currently getting this seriously wrong,” said Tim Lang, a food scientist at the City University of London, and one of the authors.

“We need a significant overhaul, changing the global food system on a scale not seen before in ways appropriate to each country’s circumstances. While this is uncharted policy territory and these problems are not easily fixed, this goal is within reach and there are opportunities to adapt international, local and business policies. The scientific targets we have devised for a healthy, sustainable diet are an important foundation which will underpin and drive this change.”

“Humanity now poses a threat to the stability of the planet”

The study simultaneously addresses what should be on the global supper table, and how it gets there. It presumes a daily intake for a 70 kg (165 pound) active adult male aged 30, or a 60 kg (132 pound) woman, of up to 2,500 calories per day, with around 35 percent of these from whole grains and tubers.

It recommends a limit of 14 grams (0.5 ounce) of red meat per day, and 500 grams (18 ounces) of vegetables and fruits. The global appetite for red meat and sugar must be halved, while consumption of nuts, vegetables, legumes and fruit intake must double.

And it recommends fair shares on a global scale; North Americans chew their way through more than six times the recommended meat portion; people in South Asia right now consume only half what they should.

And across the globe, people depend too much on starchy foods such as potato and cassava: in sub-Saharan Africa, 7.5 times too much. If people adopt a healthy diet and limit the use of processed foods, this would avert between 10.9 million and 11.6 million premature deaths each year.

But the same advice then addresses the global and seemingly intractable problem of managing agriculture so that it serves all and saves the planet for permanent occupation. To make this happen, change is necessary at rates so far without precedent in history.

Somehow, production must be intensified, but without greater destruction of forests and savannah, and while eliminating the use of fossil fuels.

Another of the authors, Johan Rockström, of the Stockholm Resilience Center and who now directs the Potsdam Institute for Climate Impact Research in Germany, calls it “nothing less than a new global agricultural revolution.”

“The good news is that not only is it doable, we have increasing evidence that it can be achieved through sustainable intensification that benefits both farmer, consumer and planet,” he said.

“Humanity now poses a threat to the stability of the planet. Sustainability of the food system must therefore be defined from a planetary perspective.”

The study is the latest and most authoritative iteration of a series of research papers that have argued, over and over again, for a change in planetary diet, a shift towards more efficient but also more sustainable  farming methods, and a greater focus on planetary equity.

The message from most of them is that it is, or should be, technically possible to grow food for a hungry planet without wasting productivity and without devastating wildlife and natural ecosystems any further.

The Lancet Commission proposes a fivefold strategy. It includes campaigns and pricing policies to promote sustainable sources; a shift from high-volume crops to a greater variety of nutrient-rich plants; appropriate agricultural practices; careful governance of land and ocean use, along with protection of natural areas; and a concerted attempt to at least halve food wastage, an issue in high-income countries and in different ways also in poor and middle-income countries.

This is one of a series of studies published by The Lancet to address global problems related to climate: in December the same journal carried an authoritative assessment of the health costs of heat extremes in the decades to come.

Richard Horton, editor in chief of The Lancet, said the issue of global nutrition was “everyone’s and no-one’s problem. The transformation that this commission calls for is not superficial or simple, and requires a focus on complex systems, incentives and regulations, with communities and governments at multiple levels having a part to play in redefining how we eat.

“Our connection with nature holds the answer, and if we can eat in a way that works for the planet as well as our bodies, the natural balance of the planet’s resources will be restored. The very nature that is disappearing holds the key to human and planetary survival.”