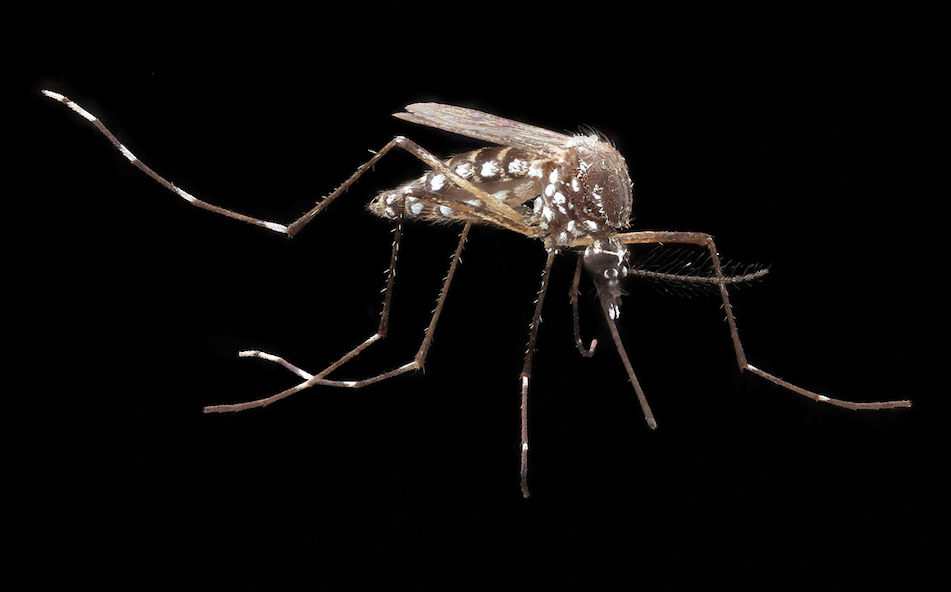 The Aedes aegypti mosquito is an important carrier of dengue, chikungunya and Zika.

Scientists studying the effects of climate change on habitats and wildlife in Texas could use a little help. Enter citizen science, in which volunteers help collect scientific data.

Citizen-science programs expand the amount and type of information that can be collected and the reach of many studies beyond what professional scientists could accomplish on their own. These initiatives typically address questions that require long-term, large-scale data collection, such as tracking the abundance and movement of a particular animal.

“We have a limited number of staff and biologists out in the field,” explains biologist Tania Homayoun of the Texas Parks and Wildlife Department. “But people in Texas, including those just visiting our natural areas, are a tremendous sleeping giant.”

According to research, data from volunteers proves as reliable as that collected by professionals, and opportunities to participate in citizen science continue to grow. Here are three projects in Texas that contribute to our understanding of the effects of climate change and efforts to mitigate those effects.

Rising temperatures caused by climate change can shorten the time it takes for mosquitoes to mature, leading to increases in mosquito populations – and outbreaks of the diseases they carry. Heavy rains, which scientists say are among the extreme weather events happening more often because of climate change, can increase post-storm ponding and therefore mosquito-breeding habitat.

NASA’s GLOBE Observer Program supported development of the Mosquito Habitat Mapper, an app that citizen scientists use to map, count and identify mosquito larvae found in breeding sites. The data help those working to understand and reduce mosquito-borne diseases.

Participants find standing water and report whether it contains eggs, larva, mosquitoes or a combination, submitting a photograph as well.

People can also sample the water and count and identify the species present. The app provides a decision tree that guides a user through each step, Kohl says, and at the end, urges corrective action such as dumping water out of an artificial container or treating a pond.

“We are working to build a big enough network to put the data into predictive models to forecast conditions that make it likely for certain mosquitoes to be breeding in an area,” Kohl adds. “Ultimately, we could get to the point where we can take preventive action when we see conditions that are right for an outbreak. The more people we can get involved, the more successful it can be.”

TPWD has 11 long-term projects collecting data critical to understanding distribution and seasonality of plants and animals in Texas and how both are changing over time. Climate change increasingly affects many of the species in these projects, including native pollinators, amphibians, and birds.

“Our target is research-grade observations,” says Homayoun. “One really important thing is evidence in the form of photos or sound recordings and an observation identifiable down to species level. The app does that. In addition to the long-term projects, we have shorter-term projects like the annual City Nature Challenge Bioblitz [in which cities compete to document the most species.]”

While department efforts focus on a list of species of greatest conservation need, the project encourages people to enter common species as well. “You never know when the status of that animal could change or who is going to be using the information,” Homayoun explains.

Volunteers can create an account and enter data through the website as well as the app, she adds, and TPWD does use the data. It is added to other data on species the Department tracks and used to supplement the Texas Natural Diversity Database.

Volunteers help keep the information up-to-date and accurate, Homayoun says, so the department can better steward those natural resources.

For this nationwide project, volunteers monitor sites during frog-breeding season, February to August. The data help scientists understand the scope, geographic scale and cause of dramatic declines occurring in many frog and toad populations.

This citizen-science project requires more commitment than many; volunteers receive training and typically monitor a designated site regularly throughout the breeding season.

At the Mitchell Lake Audubon Center in San Antonio for example, volunteers monitor their assigned sites twice a month for the six-month season.

“We use the data for management of our lakes and wetlands,” says center director Sara Beesley. “Conservation management for our site is climate-based, and the monitoring tells us if there is a shift in populations due to climate change. The data may tell us that a population moves from one pond to another, which could indicate something going on, such as a pond is not the quality it should be. Or in drought conditions we may not be seeing certain species or notice trends where some increase and others decrease.”

Frogs become vocal during breeding season, and FrogWatch participants use sound to identify different species and their numbers if possible. More volunteers are always welcome, Beesley says. There are also Texas FrogWatch chapters in Austin and at the San Antonio Zoo.

Find more citizen science projects at SciStarter and The Zooniverse.

Melissa Gaskill is an independent journalist in Austin and a contributing editor of Texas Climate News.