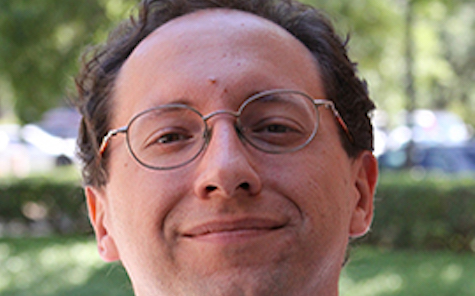 Dominic Boyer is a professor of anthropology at Rice University who specializes in the study of energy, climate, politics and society. Boyer, director of Rice’s Center for Energy and Environmental Research in the Human Sciences (CENHS), provided the following response by email.

I do think that Harvey has changed attitudes about climate change in Houston. Some people are still reluctant to utter the words “climate change” for ideological reasons, but it seems to me there is increasingly widespread acceptance among pragmatically minded people of all political stripes that rainfall and flooding are on the rise and that they will pose a variety of existential challenges to Houston in the future.

A good example of that acceptance would be the remarkably constructive bipartisan work that has been happening around improving critical infrastructure and buyout programs to move people out of the 100-year floodplain.

In the research I’ve been doing this year with Harvey flood victims in the Brays and Greens bayou watersheds, I’ve also heard a lot of people say that even if they didn’t really think much about climate change before Harvey, the devastating flooding citywide really brought home the stakes of climate change for life in Houston.

There’s still a lot of awareness-raising work to do, though. It’s true the [Harris County] flood bond passed with 85 percent of the vote, but less than 8 percent of eligible voters voted, which suggests that a lot of people still don’t think political action on climate resilience is worth their time (or they just are out of the loop).

So the bottom line is I’m cautiously optimistic that Harvey has had a galvanizing force on Houston/Harris County and that it will spur the development of a real climate action and adaptation plan that our region desperately needs.

Sandy did something similar in the New York metro area. What I think we all have trouble getting our heads around is that the pace and scale of adaptation need to be much greater than they currently are.

Dominic Boyer is a member of TCN’s Advisory Board.