Trump’s plan to expand offshore drilling: Will it fish or cut bait? 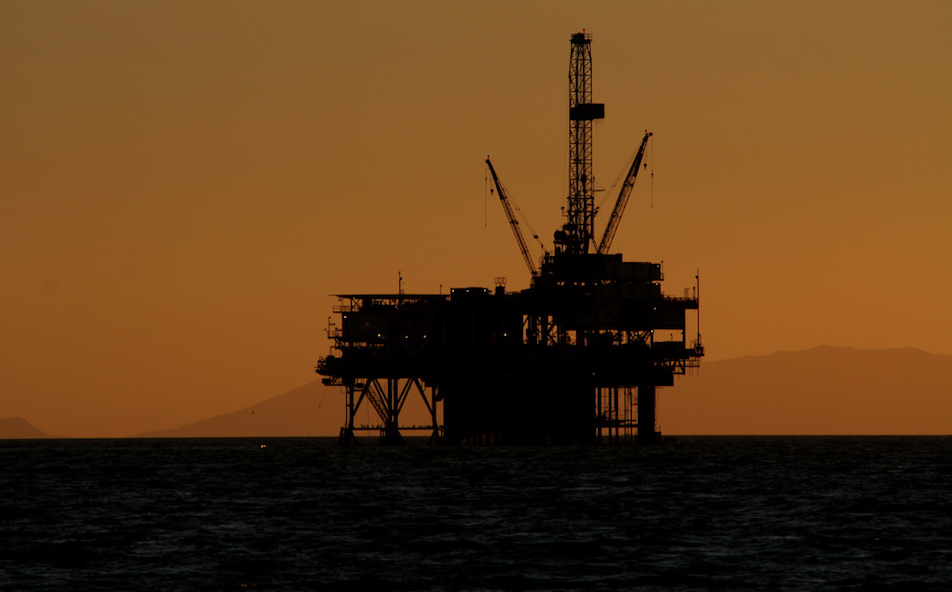 An oil rig off the California coast

WASHINGTON – Like a movie trailer, the Trump administration’s “drill all the coasts” plan for offshore oil and gas promises drama to come without giving away the ending.

Since Interior Secretary Ryan Zinke announced Jan. 4 that the Trump administration would open nearly all offshore U.S. waters to oil and gas drilling, the proposal has been dogged by controversy and opposition.

The plan is to toss a broad set of restrictions that President Obama left in place during the last days of his administration. President Trump signed an executive order in April 2017 telling Interior to undo the Obama bans on drilling on most of the Atlantic coast and Alaskan offshore Arctic waters. But federal offshore leasing is a process – and Interior took one step forward in that process Jan. 4.

The trouble started almost immediately. On January, after a meeting with Florida GOP Gov. Rick Scott, Zinke announced that drilling off Florida’s coasts would be removed from the plan. Scott, a Trump ally, is widely expected to run for U.S. Senate. A majority of Floridians oppose drilling off their coast. A Florida ban reinstatement would help Scott politically.

Beginning the next day, almost all the coastal states – except Louisiana, Texas, Alabama and Alaska – started asking for their own exemptions, sometimes rather defiantly. Often the complaints and requests came from Republican governors, such as South Carolina’s Henry McMaster.

It became apparent that there were a lot of coastal states that did not want offshore drilling: Georgia, North Carolina, Virginia, Maryland, Delaware, New Jersey, New York, Connecticut, Massachusetts, Maine, California, Oregon, and Washington. Mississippi, which has little coastline exposed to drilling, is somewhat ambivalent.

To review the bidding here: Louisiana, Texas, Alabama, and Alaska are states where offshore drilling exists now and where the oil industry is important to the state. Most of the others don’t have existing offshore oil production and do have economies that depend on things like beach tourism or fishing. California is an odd case. It has some offshore oil production left over from decades ago – but also a memory of the 1969 Santa Barbara oil spill.

Trump, like Obama before him, is using the executive power available to him under the law (the Outer Continental Shelf Lands Act goes back to 1953). But a lot of the coastal states have used the power available to them (namely, votes in Congress) to prevent offshore drilling. For decades, appropriations bills have contained riders prohibiting drilling off the shores of states that don’t want it.

Another thing: there isn’t oil (or enough oil to be economically feasible) everywhere off U.S. coastlines. A considerable amount of drilling for exploration (and in hopes of production) has taken place historically off the Atlantic coast, for example. Oil companies know a lot about what is there, but they abandoned many of those projects on their own volition.

What’s more: the price of oil – or the expected price of oil during the time a well is expected to be in production – has a huge bearing on whether an oil company wants to lease and drill a tract. Recently, the price of oil has been hovering around $50 to $60 per barrel. That is up from the traumatic lows near $40 in 2016, and down from the dizzying highs of $120 to $140 in 2008-14.

Where is the price of oil going? If we knew, we’d be rich. A lot of smart people work hard trying to figure out oil-market futures. It is worth remembering that OPEC’s efforts to lift the price have had only modest success because OPEC members disagree on goals, have incentives to cheat, and can’t control some giant producers (among them, the U.S. and Russia). It is also worth remembering that war, the threat of war, and political instability in places like the Mideast and Africa have huge effects on oil prices.

The extra oil put into the market by U.S. offshore leasing may not be enough to move the needle on the world price of oil. Or it may. But there is some irony in the possibility that by throwing more supply into a glut-stricken market it could lower the price of oil. Trump talks “energy dominance” – but seemingly forgets that cartels like OPEC exert their power by not selling their product.

Some people think the break-even point for deep offshore drilling is around $50. That may even be true (we aren’t saying it is). But here’s the thing: the break-even price for fracked domestic onshore oil may be in the same neighborhood, maybe $40 to $60, and if it is closer to $40, then oil companies might prefer to produce from onshore, rather than risk losing money offshore. A lot depends on the price of oil.

Will the taxpayers get what their oil is worth if Trump and Zinke hold a fire sale? The administration and the industry don’t seem too worried about that. Will the U.S. oil industry be able to swallow all that offshore oil? That’s another unknown. In recent years, some offshore lease sales have drawn few bids, while others have prompted real interest.

A test of the current market will come soon enough – on March 21, Interior will auction Gulf tracts in what has been billed as the largest offshore lease sale in U.S. history. The “fire sale” aspect stems from the Trump administration’s decision to offer many of the tracts at a lower royalty rate. It is not clear whether that will be enough to overcome embarrassingly low interest from the companies.

Formulating and rolling out an offshore plan is a long legal process. The plan itself is for five years, and even if the U.S. sold all its offshore oil, the process would take decades. We will know the truth sooner than that.

The comment period for Zinke’s Jan. 4 proposal ended March 8. At a string of public meetings during that period, a lot of public opposition was heard. It wasn’t just environmentalists; it was fishers and even church groups. Zinke will get an earful when he appears before Congressional committees in coming weeks.

Now Zinke has to decide whether to stick with his original proposal, or to modify it in light of political realities. The decision will come well before the November 2018 midterm elections, and it will certainly have some impact on the races in several states. One of the bigger potential worries for Trump and Zinke is that opposition to the plan could sap Republican votes from Republican candidates. Some observers see early signs that Zinke may back down.

It may not matter. Lawsuits could slow or paralyze the plan. Some opponents say the Florida exemption was so arbitrary that it may have violated the drilling law. A posse of coastal attorneys general has declared its eagerness to sue Interior in opposition. And the environmental groups have already sued.