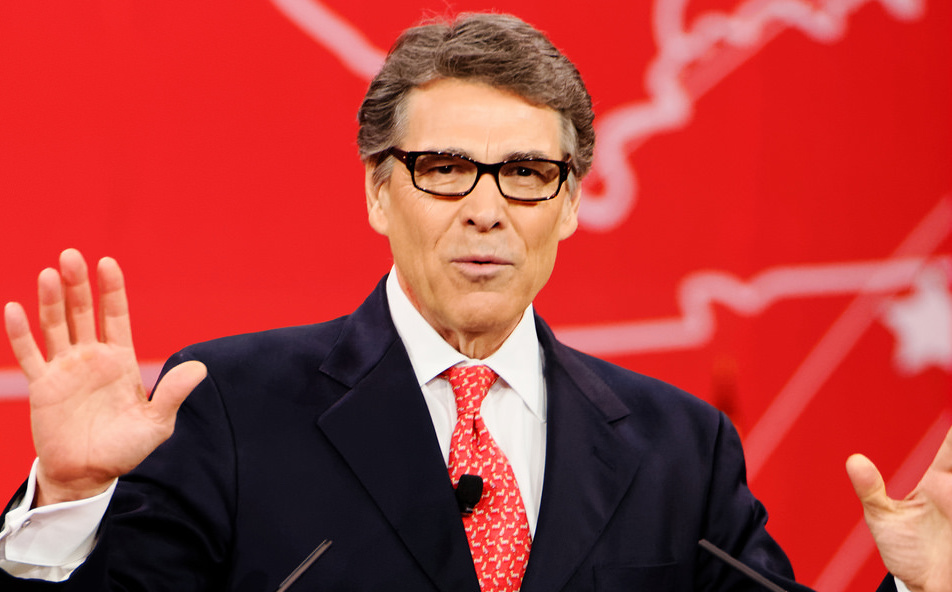 With a tip of the TCN cap to “Casey at the Bat:” There is no joy in coal country. Rick Perry has struck out.

Energy Secretary Perry, the former Texas governor, had gone to bat for coal and nuclear interests in a big way with a widely criticized proposal requiring electric utilities to keep extra fuel supplies on hand at such power plants and ratepayers to compensate them for unrecoverable costs.

Perry said the mandate was needed for electric-grid “reliability.” But critics across the political and economic spectrums called it everything from a “coal bailout” to “corporate welfare” for struggling industries – particularly coal, which has historically provided most of the electricity in the U.S. but is in steep decline as cleaner gas and vastly cleaner renewables surge.

The proposal was unanimously rejected Monday by all five members of the independent Federal Energy Regulatory Commission (FERC), four of them Donald Trump appointees.

(To be clear: The poetic license we took with “no joy in coal country” regarding FERC’s action doesn’t mean the coal industry isn’t scoring other wins with the Trump administration. The New York Times on Tuesday published a confidential 2017 memo from a leading coal-mining executive outlining “a wish list of environmental rollbacks” the businessman wanted. The Times reported that “nearly a year later, the White House and federal agencies have completed or are on track to fulfill most of the 14 detailed requests, even with Monday’s decision by federal regulators to reject a proposal by…Perry to subsidize struggling coal and nuclear plants.”)

Still, the FERC vote was a stinging defeat for Perry — the proposal’s rejection was praised by a diverse range of Texas and Texas-connected organizations and commentators, among many others. Since most of the grid in Texas isn’t under FERC jurisdiction, the proposal was seen as having little direct impact in Perry’s home state itself.

Oil, natural gas, wind and solar industry groups – all with important Texas ties but often on different sides in fossil-versus-renewable policy debates – issued a joint statement saying they were “very encouraged” by the FERC action.

This multi-industry coalition’s members said they looked forward to “demonstrating the contribution of our industries to ensuring reliable power for all” in a new government assessment of grid-reliability questions that FERC ordered when it spurned Perry’s proposal.

Supporters of the Perry plan had argued that electricity from coal and nuclear generation, because it uses storable solid fuels, is more reliable than electricity from natural gas, with fuel deliveries adjusted to fluctuating demand, and key renewable sources, given the “intermittent” nature of winds and sunlight.

But the FERC commissioners said Perry had “failed to satisfy the fundamental legal requirements” for such a proposal and declared there was no evidence to support his argument that shutdowns of coal and nuclear plants posed “a threat to grid resilience.”

Joshua D. Rhodes, a research fellow at the Energy Institute at the University of Texas at Austin, was similarly skeptical in an appraisal published Monday by Forbes:

The proposal was at best a solution (subsidize coal and nuclear) in search of a problem (fuel reliability), and at worst a market-distorting intervention in the spirit of picking specific winners and losers on top of the direct and indirect subsidies that coal and nuclear already receive. While it is true that other forms of energy — including wind and solar, nascent technologies that needed an early boost — have enjoyed temporary subsidies, these are set to expire as the industry rises, whereas this [Perry proposal] would have created an ongoing subsidy for an industry in decline.

Yesterday’s decision by the Federal Energy Regulatory Commission to reject the Department of Energy’s flawed coal and nuclear proposal is such an important win for American families, competitive markets and the environment. This is a clear signal: When it comes to our electric grid reliability, evidence trumps politics.

While EDF champions expansion of renewable energy as a crucial action to slow climate change, the Houston-founded (and now Washington-based) Institute for Energy Research (IER) is a fossil-fuel supporter and critic of climate-change concerns. Even so, the think tank’s president, Thomas J. Pyle, also praised the FERC decision, underscoring the diversity of opposition to the Energy Department proposal:

Those of us who recognize the benefits of freer markets should look upon this FERC decision with approval. This unanimous vote and our support for it is not a rejection of the importance of grid resilience, but rather a rejection of Secretary Perry’s massive proposed intervention in electricity markets on top of an already distorted structure.

(Pyle, who led the Trump administration’s transition team for the Energy Department, had previously called for the administration to adopt policies sought by the coal and oil industries. He was formerly an aide to former Republican U.S. Rep. Tom DeLay of Texas and a lobbyist for Koch Industries and an oil refiners’ and chemical manufacturers’ trade group. Koch family foundations have provided funding to IER.)