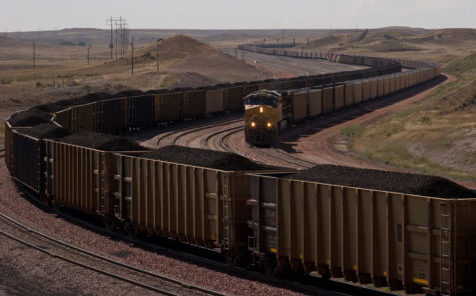 But for how long? A decade ago, that might have been a silly question. Today, it seems more serious.

Coal isn’t out in Texas yet. However, signs of a deep conversion in the state’s energy profile are becoming obvious, and coal’s place in it seems shakier than ever.

Luminant, the generating company that’s among the surviving pieces of the once mighty Texas Utilities, used to be bullish on coal. Now, following a debt-laden buyout and subsequent bankruptcy and breakup of its former parent companies, as well as depressed wholesale power prices, Luminant is closing seven of its 12 coal-burning units.

Early next year, Luminant will permanently shut down all three units at its Monticello plant in Titus County and both units at its Sandow plant in Milam County. One of the Sandow units has operated for just eight years.

Luminant said it will shut down both of its Big Brown units in Freestone County and seek a buyer; presumably, with no takers, that plant would also be scrapped.

Lignite mines at all the plants are also closing. Texas burns a combination of its own lignite and Wyoming coal.

Especially striking is how little effect the plants’ closures are expected to have on power supplies. Texas’ grid operator says supplies should be fine well into 2018, even accounting for the shutdowns – largely because new natural gas, wind and solar generation has come online recently. In July, natural gas and renewables accounted for a combined 64 percent of Texas’ electricity production.

It’s a breathtaking turnaround. In 2007, the former TXU and other Texas generators suggested that Texas might go dark without every possible megawatt from coal, an effort to win support for a fleet of new plants. TXU ran scary commercials ominously hinting that your baby’s night light might go out unless Texas burned lots more coal.

It was bad timing on a colossal scale. Fracking was about to flood the market with cheap natural gas, sending wholesale electricity prices that generators receive – which track natural gas prices – into a spiral. This year, the electric grid that covers most of Texas has had some of the nation’s lowest wholesale power prices.

Wind power will probably overtake coal in 2019 as the second-largest source of electricity production in the ERCOT region of Texas, a researcher at the University of Texas Energy Institute projected recently. The reasons, according to UT Energy Institute research fellow Joshua Rhodes, are planned coal-plant retirements and additions of wind facilities in the ERCOT wholesale electricity market. ERCOT is the grid-managing agency for an area with 24 million Texas customers – 90 percent of the electric load in the state. Rhodes calculated that the continuing shift away from coal will mean electricity-production emissions of carbon dioxide will likely drop by 4 percent next year and 7 percent in 2019, compared to 2017 levels. CO2 is the main climate-warming pollutant released through human activities.

What looks to current Luminant owner Vistra Energy like a case of “challenging plant and market economics” looks to President Donald J. Trump like a “war on coal,” shorthand for Obama administration environmental rules.

Taking a lead from the White House, Energy Secretary (and former Texas Gov.) Rick Perry ordered a study of whether renewables such as wind and solar were unfairly forcing coal and nuclear plants to shut down. Although the answer was no, the study was widely seen as an attempt to offer a “lifeline” to endangered coal and nuclear.

During a panel discussion at Rice University’s Baker Institute on Public Policy, Inglis recalled a scene from Saving Private Ryan in which Tom Hanks’ character fires at an oncoming German tank – with his handgun.

“If there’s a war on coal,” Inglis said, “the guy on the ground is Obama.”

The regulatory proposal that emerged from Perry’s “lifeline” study is scheduled to go before the independent Federal Energy Regulatory Commission (FERC) in January for possible adoption.

The Washington Post recently described the industry-urged proposal as a way to “deliver new subsidies to a handful of coal and nuclear companies and keep open decrepit half-century old plants” in the Midwest and Northeast.

The outcome at FERC is unclear. Perry’s proposal, the Post reported, has “roused overwhelming bipartisan opposition because it would help a small number of firms at the expense of millions of consumers.”

FERC regulates the transmission of electricity between states. But 90 percent of the electricity grid in Texas, with no import or export connection to other states, is regulated by ERCOT, the Electricity Reliability Council of Texas. That means the Perry proposal is not expected to have any direct impact on the former governor’s home state.