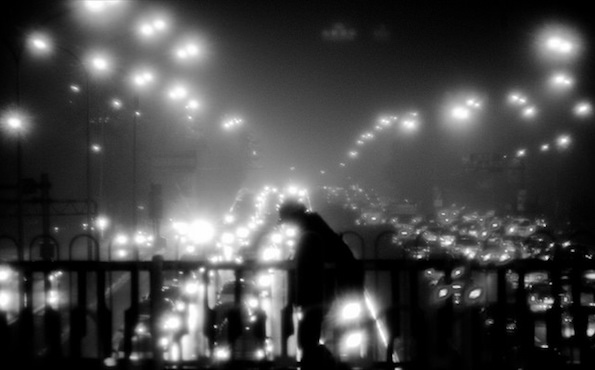 Around 20 million people every year move from rural to urban areas in China in search of better jobs and more comfortable lifestyles.

And new research shows that this mass movement of people – part of what is the largest internal migration in human history – is not only leading to growing income inequality between the countryside and the cities, but is also threatening China’s goal of radically cutting back on its emissions of greenhouse gases.

The researchers from Austria, the U.S., China and the U.K. report in Nature Climate Change journal that the urban wealthy – making up 5 percent of China’s population – are responsible for generating 19 percent of the country’s total household carbon footprint.

The study found that as people have moved from rural to urban areas, they increasingly aspire to Westernized lifestyles that are resource and carbon-intensive.

One of the study’s authors, Dabo Guan, professor of climate change economics at the University of East Anglia’s School of International Development, UK, says the growth in the carbon footprint of the urban middle class and the rich in China is a big problem that has to be tackled.

He told Climate News Network: “All these urban newly wealthy – not only in China, but also in India and elsewhere – want to drive 4x4s and own big houses.

“That’s very dangerous. We would need the resources of three more planets like Earth in order for those aspirations to be fulfilled.”

China is both the world’s biggest energy consumer and emitter of greenhouse gases. Air pollution is a serious problem: in recent days, the authorities in cities in the industrial area of north China have warned of serious levels of pollution.

“If the wealthy can make a fashion out of sustainable
consumption, then that would set an example”

The study points out that, over the last 35 years, China has radically reduced the number of people living in poverty. In the early 1980s, 88 percent of the population were living on less than U.S. $2 a day, compared with 11 percent in 2014.

But as people have moved from the countryside to the cities, and as China’s economic planners focus more on bolstering domestic consumption and moving away from export-led growth, income inequality has increased – along with the carbon footprint of those in urban areas.

Patterns of urban consumption, and the carbon footprint created by such lifestyles, are undermining China’s attempts to cut back on overall greenhouse gas emissions.

“Increasing consumption in urbanizing China has been identified as an important driver of household carbon footprints over the last 20 years due to the growing urban population and incomes, while decreasing carbon intensity of the Chinese economy only weakly dampens these trends,” the study says.

The researchers examined 13 levels of household income both in rural and urban areas, quantifying their carbon footprints.

They found that the carbon footprint from household consumption among those classified as very rich was 6.4 tons of CO2 per capita per year − nearly four times the national average of 1.7 tons.

“Wealthy Chinese are now similar to wealthy Europeans in their consumption habits – and in the carbon footprint they create,” Guan says.

The study warns that people must be persuaded to move away from carbon-intensive consumption patterns and lifestyles. New policies are needed that will improve living standards, while at the same time encouraging sustainable consumption.

Some countries, such as Costa Rica and Thailand, have already achieved high levels of human development, with an average carbon footprint of one ton per capita per year. This, the report says, suggests that it’s possible to make economic progress while achieving sustainable levels of development.

Guan says encouraging the use of public transport – and controlling the number of private vehicles on the roads – would be one way of tackling the growing carbon footprint in urban areas.

“Lifestyle is very important,” he says. “People tend to emulate the rich. But if the wealthy can make a fashion out of sustainable consumption, then that would set an example. Everyone has to take responsibility and help cut back on emissions.”