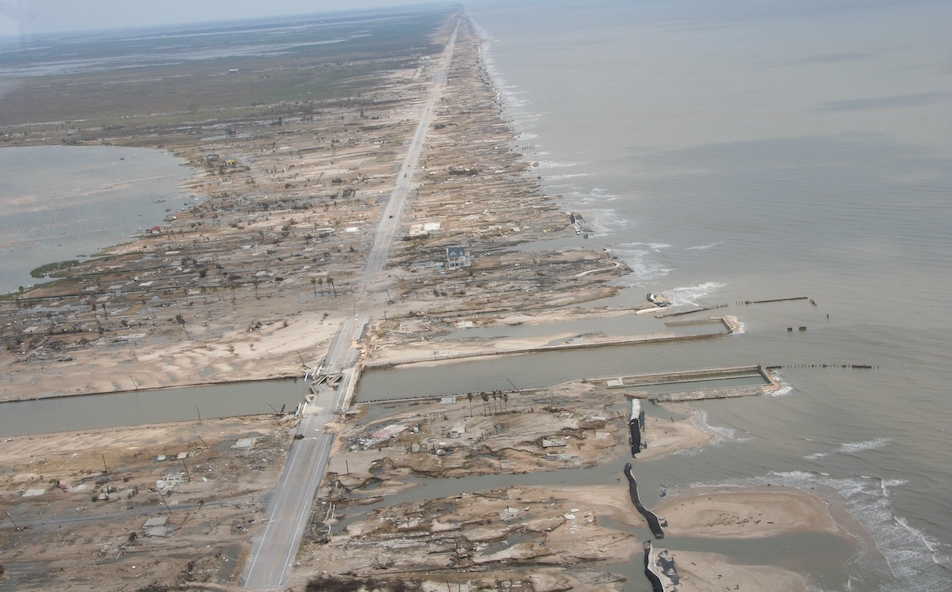 German scientists have just issued a financial weather forecast that in a world of unmitigated climate change, the financial losses for the U.S. per hurricane could triple, and annual losses due to hurricanes could rise eightfold.

And they calculate that however vigorous the U.S. economy, its growth cannot outpace the projected rising costs of hurricane damage in the decades ahead.

More than half of all weather-related economic losses around the globe are caused by damage due to tropical cyclones – hurricanes or typhoons – and the lessons of new research published in the journal Environmental Research Letters is that high-income countries may be no better protected than the poorest in this respect.

“So far, historical losses due to tropical cyclones have been found to increase less than linearly with a nation’s affected gross domestic product (GDP),” says Tobias Geiger, climate impacts and vulnerabilities researcher at the Potsdam Institute for Climate Impact Research (PIK), who led the study.

“However, if you analyze losses with respect to per-capita income and population growth separately, this reveals a different picture. Our analysis for the United States shows that high income does not protect against hurricane losses.

“As the number and intensity of tropical cyclones is projected to increase under unchecked global warming by the end of the century, average hurricane losses with respect to GDP could triple.”

The bill for hurricanes in the U.S. between 1980 and 2014 is estimated at $400 billion − and that represents half of all meteorologically-induced damage.

Once again, this is research that aligns with other studies. Economists and climate scientists separately have calculated the global economic threats associated with global warming and climate change, and quite specifically in the case of coastal flooding of the kind associated with Hurricane Katrina in 2005 and Superstorm Sandy in 2012.

One team of researchers looked at the cost of coastal flooding by 2050, and estimated an annual cost of $1 trillion. A second study delivered a figure of $100 trillion in costs by 2100.

The United Nations secretariat most closely concerned with monitoring disaster has warned that climate change in the form of weather-related catastrophe is already hurting the poorest and the most vulnerable.

As PIK published its study, the same secretariat – the U.N. Office for Disaster Risk Reduction − warned that flooding in Louisiana this month is shaping up as the worst to hit the U.S. since Katrina.

And the U.S. space agency NASA has reminded Americans that while the Louisiana’s floods follow unusually heavy rainfall – a total of 686 mm (27 inches) in a short period – at least the same quantity fell in the state in March 2016, once again with consequent flooding. Louisiana, buffeted and then flooded by Katrina in 2005, is in the path of hurricanes.

The PIK scientists worked with models that matched a storm’s wind speed with the numbers of people exposed and per capita GDP to reported losses. They considered historic losses, estimated future losses, and looked at statistical models of damages.

They used data about historical hurricane tracks for the eastern U.S. to make the connection between those affected, the average capital income, and the damages that followed. And they did it for thousands of potential future hurricane tracks between now and 2100, while making a range of assumptions about levels of global warming.

“Some people hope that a growing economy will be able to compensate for the damages caused by climate change – that we can outgrow climate change economically instead of mitigating it,” says another of the study’s authors, Anders Levermann, PIK professor of dynamics of the climate system.

“But what if damages grow faster than our economy, what if climate impacts hit faster than we are able to adapt? We find this is the case with hurricane damage in the United States. The hope in economic growth as an answer to climate change is ill-founded.”