Scientists to Congress (politely, in so many words): Get real on climate change 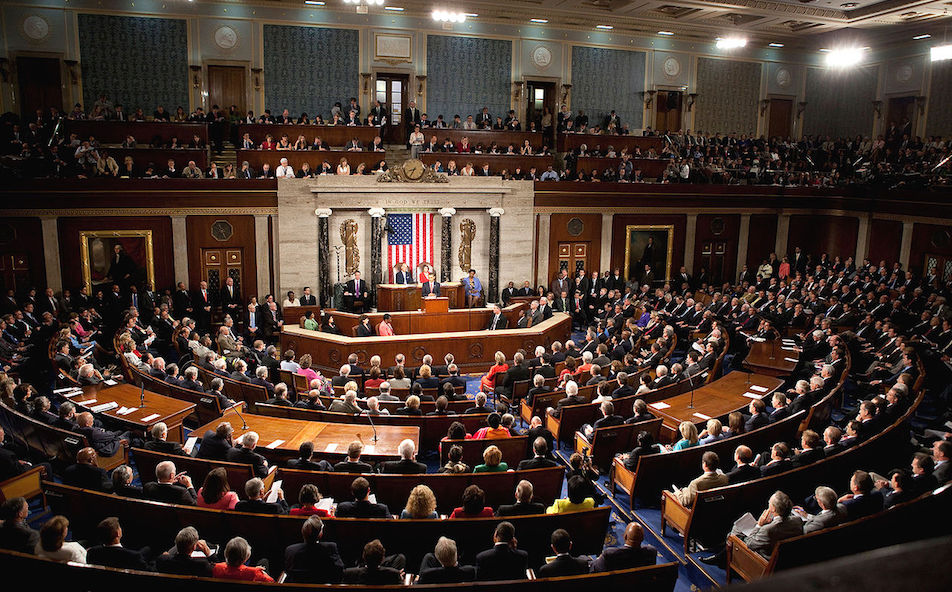 President Barack Obama speaks to a joint session of Congress in 2009.

It’s hard to imagine a stronger response from the nation’s scientific community to elected officials, including a good number of prominent Texans, who have variously rejected, belittled and scoffed at scientists’ climate findings and warnings.

That message came this week when 31 leading, nonpartisan scientific societies sent a consensus letter to Congress, declaring that human beings are dangerously changing the climate with greenhouse-gas emissions, which “must be substantially reduced” to avoid the worst economic, natural-resource and human-health impacts.

The science organizations included the American Association for the Advancement of Science, American Chemical Society, American Geophysical Union, American Institute of Biological Sciences, American Meteorological Society and American Public Health Association. [Complete list below.] The groups’ letter was addressed only to members of Congress, but could easily be read as a message to any government officials who have derided climate science and opposed action to minimize man-made climate change.

One recurring line of attack on climate science, employed by some prominent Texas politicians, both in Congress and at the state level, has involved suggestions that scientists’ climate-change conclusions are insincere – even fraudulent.

Running for president in 2012, for instance, former Gov. Rick Perry alleged that scientists were “manipulating” climate data to enrich themselves with government grants and that the multi-discipline science underlying the conclusion that fossil-fuel pollution is harmfully disrupting the climate was “one contrived phony mess.”

Texas Sen. Ted Cruz, during his own recent presidential campaign, charged that scientists’ conclusions about the reality and harmfulness of human-caused climate change actually represent the aims of “liberal politicians who want government power over the economy, the energy sector and every aspect of our lives.”

Similarly, U.S. Rep. Lamar Smith, who represents a San Antonio district and chairs the House Science Committee, charged last year that scientists at the National Oceanic and Atmospheric Administration had altered temperature data in a climate study “to get the politically correct results they want.”

If there really are such conspiracies afoot – financial and/or political – a huge portion of the nation’s scientists would presumably have to be in on them (or would have to have been bamboozled by scientists who are involved in those nefarious activities). Collectively, the organizations endorsing the letter to Congress  reportedly represent tens of thousands of individuals who work for a diverse array of universities, corporations and other institutions.

The letter starts off by courteously stating the signing organizations’ intent “to remind you of the consensus scientific view of climate change.” Then it succinctly explains what that view is:

Observations throughout the world make it clear that climate change is occurring, and rigorous scientific research concludes that the greenhouse gases emitted by human activities are the primary driver. This conclusion is based on multiple independent lines of evidence and the vast body of peer-reviewed science.

There is strong evidence that ongoing climate change is having broad negative impacts on society, including the global economy, natural resources, and human health. For the United States, climate change impacts include greater threats of extreme weather events, sea level rise, and increased risk of regional water scarcity, heat waves, wildfires, and the disturbance of biological systems. The severity of climate change impacts is increasing and is expected to increase substantially in the coming decades.

To reduce the risk of the most severe impacts of climate change, greenhouse gas emissions must be substantially reduced. In addition, adaptation is necessary to address unavoidable consequences for human health and safety, food security, water availability, and national security, among others.

Whether such straightforward language from a collection of prestigious professional organizations will make a difference is extremely doubtful right now, however, since most climate-action opponents in Congress seem to be staunchly devoted to their position that action isn’t warranted by science.

The House of Representatives, for example, recently passed a non-binding resolution opposing a carbon tax, a policy supported by Exxon-Mobil and other companies as well as many environmentalists to reduce planet-warming CO2 emissions. And the House also has moved to try to prevent the Defense Department, where top officials have regarded climate change as a growing threat to national security since the George W. Bush administration, from spending money to get ready for its impacts – that is, to plan and carry out “adaptation,” as the scientific societies’ letter urged. To take effect, the climate ban would still need Senate approval in a defense spending bill and then the president’s signature.

Katharine Hayhoe, a climate scientist at Texas Tech University who frequently speaks out on climate issues, commented to Mashable about the dilemma confronting scientists who see clear dangers in the earth’s changing climate but have learned that the effectiveness of their statements about those risks has clear limits in the current politics of polarization:

It is clear to most of us, including many of the leaders of those scientific societies [that sent the letter to Congress], that traditional modes of communication no longer achieve their purpose in a world where ideologically-driven opinions supersede facts any day.

At the same time, however, it makes sense for the societies not to abandon their traditional approach of making statements.

No other group of scientific organizations has the same gravitas; these letters still matter to some; and they may matter again more in the future if — as we can only hope — we reach a new societal and political equilibrium where facts matter more.

The 31 organizations endorsing the climate letter to Congress

American Association for the Advancement of Science

American Society of Ichthyologists and Herpetologists

Association for the Sciences of Limnology and Oceanography

Association for Tropical Biology and Conservation

Society for Industrial and Applied Mathematics

Society for the Study of Amphibians and Reptiles

Katharine Hayhoe is a member of Texas Climate News’ Advisory Board. The volunteer members have no authority over editorial decisions, which are made exclusively by TCN’s staff of independent journalists.