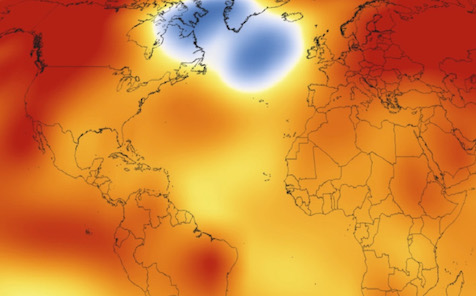 As expected, federal scientists announced Wednesday that 2015 was the planet’s warmest year on record, beating the previous record-high average temperature, set in in 2014, by the largest margin by which a temperature record has been broken.

The conclusion that 2015 was the hottest year, averaging land and sea surface temperatures, was reached independently by climate experts at NASA and the National Oceanic and Atmospheric Administration. Scientists at the U.K. Met Office, which similarly tracks global temperatures, announced Wednesday that their calculations also revealed 2015 was the warmest year since record-keeping started in the 19th century. And preliminary calculations by the Japan Meteorological Agency have reached the same conclusion.

Warmer temperatures because of the current El Niño weather pattern in the Pacific contributed to warm conditions in 2015, scientists from NASA and NOAA said in a teleconference for journalists, but that was not the predominant reason for the new record.

Even without El Niño, 2015 would have been the warmest year on record, said Gavin Schmidt, director of NASA’s Goddard Institute for Space Studies.

“We’re looking at a longterm trend and this is just a symptom of that longterm trend,” whose causes are humanity’s burning of fossil fuels and the resulting emissions of heat-trapping carbon dioxide, he said. 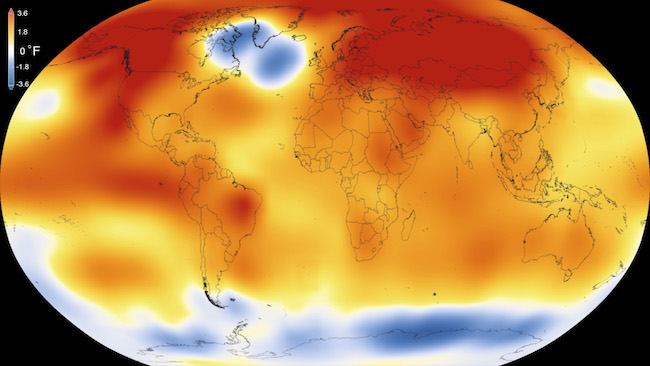 Both Schmidt and Thomas Karl, director of NOAA’s National Centers for Environmental Information, told reporters that they think 2016 is likely to surpass 2015 as the hottest on record, in part because of delayed effects of El Niño.

Asked about other anticipated consequences of continued warming, Karl made no predictions, but observed that the upward temperature trend has been accompanied by more water vapor in the atmosphere with “obvious important implications for the amount of precipitation and where it falls.”

While it’s still very difficult for scientists to attribute specific events to manmade warming, more rain has generally fallen in heavy-precipitation events in the past few decades, he said.

As Texas Climate News reported in August, U.S. and Taiwan researchers teamed to calculate that warming had aggravated disastrous flooding that struck Texas and Oklahoma in May.

Texas, despite drought conditions in parts of the state during 2015, experienced its wettest year on record.

On Wednesday, after the NASA-NOAA announcement, Nielsen-Gammon told TCN that he concurs with the federal scientists’ outlook: “My expectation for 2016 is that the global temperature record will be broken again, because El Niño is still going strong and because the global atmosphere takes a while to respond to El Niño changes. Another record is not a sure thing, but it’s an odds-on favorite.”

Regarding his precipitation outlook for Texas, Nielsen-Gammon added by email:

Texas rarely does what the rest of the globe is doing, and El Niño is no exception. Typically, El Niño years are cool in Texas. This [past] year wasn’t all that cool, since Texas had a drought in late summer and early fall, but it was a record wet year, a fact that’s partially attributable to El Niño. Natural variability is going to be more important for Texas rainfall totals for a long time to come, and since El Niño will last for at least another few months, above-normal rainfall is likely in Texas between now and May. Beyond that, rainfall expectations drop more toward normal conditions, and perhaps even below normal if a La Niña [weather pattern] develops in time for next winter.  About half of all moderate to strong El Niños switch over to La Niña the following year.

It’s true that global warming seems to be leading to more intense heavy rain events in Texas, but that doesn’t necessarily mean wetter overall conditions because the gap between rain events may be lengthening too. Overall, there’s been a slight long-term increase in Texas rainfall. 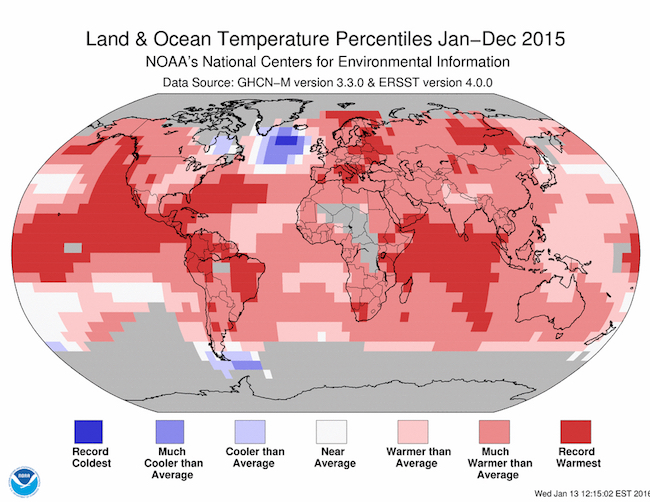 Among key points in the NASA-NOAA briefing and associated documents released by the agencies:

Meeting last month in Paris, delegates from the U.S. and 194 other nations agreed to undertake emission reductions with the aim of trying to avoid the worst impacts of global warming by holding the earth’s temperature increase to “well below” 2 degrees C while striving to limit the increase to 1.5 degrees C.

Karl said with more years like 2015, human beings “don’t have very far to go” to reach a 1.5-degree increase.

Schmidt noted that carbon emitted into the atmosphere continues to have effects on the climate system for “hundreds to thousands of years.”

An 80 percent cut in emissions over the next 30 years would probably hold warming to 2 degrees C, he said, but such a global undertaking will be “very ambitious.”

John Nielsen-Gammon is a member of TCN’s volunteer Advisory Board, serving in his capacity as regents professor of atmospheric sciences at Texas A&M University.