Comply or not? Texas officials now must decide about emission rules 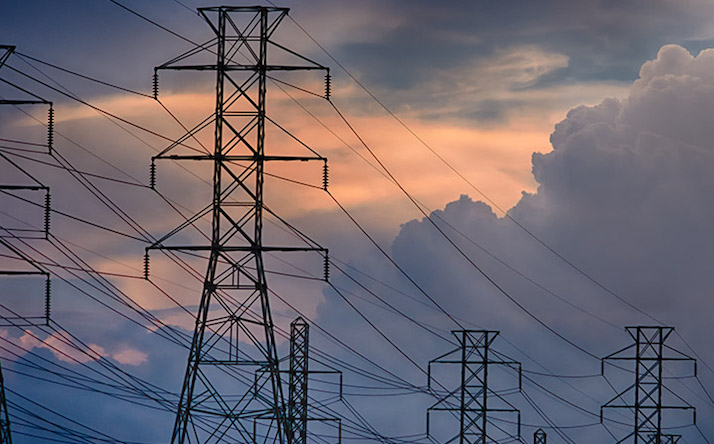 To comply or not to comply.

Actually, whether to comply with the new Clean Power Plan – or refuse, as Senate Majority Leader Mitch McConnell is urging states to do – is not the only question confronting Texas leaders:

In a Facebook video posted over the weekend, President Barack Obama described the Clean Power Plan as “the biggest, most important step we’ve ever taken to combat climate change.”

Even climate-change deniers who don’t care for Obama can’t deny the plan’s unprecedented scope. By requiring states to develop individual plans (perhaps including multi-state compacts) to reduce CO2 emissions created in electric power production, it effectively calls for a huge overhaul of the nation’s electricity system with a particular goal of dramatically reducing the use of coal, the dirtiest of the fossil fuels.

To do that, states may combine strategies, such as substituting natural gas and renewable sources for some current use of coal and increasing energy-efficiency efforts – all aimed at meeting specific CO2-reducing goals assigned to them by the Environmental Protection Agency.

In its initial proposal of the Clean Power Plan’s details, the EPA set an overall national goal of a 30 percent emission cut from 2005 levels by 2030. That goal is being increased to 32 percent in the final rules, the New York Times reported Sunday. The date for starting to phase in emission cuts is being pushed forward to 2022 from the first-proposed 2020, according to the Washington Post.

A complex EPA process assessed each state’s particular situation and set individual reduction goals. Texas’ goal in the agency’s initial proposal was a 38.4 percent cut, or the 14th strictest mandate among the 50 states. Texas is the top generator of electric power and by far the leading producer of CO2 from electricity production.

(Texas’ initial emission-cutting goal was relatively close to the goals of other states in its immediate region – 39 percent for Louisiana, 35 percent for Oklahoma’s, and 44 percent for Arkansas and New Mexico.)

Whether Texas’ goal remains 38.4 percent or increases slightly in sync with the national goal’s increase to 32 percent, meeting the Clean Power Plan’s deadlines for submitting a state plan will be a challenging assignment.

Different news organizations in recent weeks have reported that most states – even McConnell’s coal-dependent Kentucky – have been engaging in various degrees of planning to comply with the Clean Power Plan’s rules since they were proposed last year.

By contrast, the three Texas agencies that would be involved in creating a compliance plan for the state have been evaluating and commenting on the proposal but otherwise say they have not been moving forward with compliance planning itself.

Beyond analyzing the impacts and ramifications for Texas, the grid-managing Electric Reliability Council of Texas (ERCOT) has likewise essentially been in a “wait and see” posture until the final Clean Power Plan details are released, spokesperson Robbie Searcy told TCN.

Terry Hadley, spokesperson for the Public Utility Commission, told Texas Climate News that following its analysis of the federal proposal for the Legislature earlier this year, that agency has been in a “holding pattern” before deciding “what’s needed” after the EPA issues final rules.

Two bills were introduced in the 2015 legislative session that would have instructed state officials to decline to devise plans to implement the federal climate-protection program. Neither even made it out of committee, however.

Whether or not that inaction on the issue can be seen as an indirect expression of legislative intent, the Legislature’s silence left the matter squarely in the hands of the executive branch. That set the stage for Texas to move ahead with development of compliance plans instead of refusing to do so.

Recent history suggests legislators may have been sending a signal of sorts. The non-passage of the two bills this year marked the second time in as many legislative sessions that Texas lawmakers – many of whom are often critical of the Obama administration and the EPA – have declined to block the state’s compliance with federal regulations to limit climate-altering industrial pollution.

In its 2013 session, in fact, the Legislature, at the behest of major industrial interests, directed the TCEQ to begin issuing emission-reducing permits for greenhouse gases to industrial facilities such as oil refineries and chemical plants.

From 2010 until that bill’s passage, Texas, alone among the states, had refused to issue the EPA-required permits under the Clean Air Act, and the EPA instead had issued them in Texas.

Then-Gov. Rick Perry and current Gov. Greg Abbott, then attorney general, had led Texas’ resistance to the EPA permit program, but affected industries eventually made it known they preferred a state permit program for greenhouse emissions to one administered by the EPA, which prompted the legislative action.

Lawmakers’ decision this year not to pass either of the two bills that would have ordered state officials not to comply with the Clean Power Plan was probably a reflection of legislative leaders’ wishes, because they realized there is “so much at stake,” John Hall, Texas director of the Environmental Defense Fund’s Clean Energy Program, told TCN. Hall is a former chairman of the the TCEQ’s predecessor agency, the Texas Natural Resource Conservation Commission.

John Fainter, president and CEO of the Association of Electric Companies of Texas, told Texas Climate News the organization’s position during the legislative session was that legislation banning state compliance with the Clean Power Plan was unneeded, given the uncertainties surrounding the then-pending proposal.

Ultimately, he said, it’s better for Texas “to be at the table,” trying to negotiate with the EPA on the way the program is implemented, instead of letting the federal agency create a plan for the state itself.

Based on the detailed, critical comments by state officials about the proposed elements in the Clean Power Plan, there will be a lot to discuss if Texas does move ahead with compliance.

ERCOT, for instance, projected in December that the Clean Power Plan, along with other pending federal regulations, could threaten the reliability of Texas’ power supply by eliminating about half of the state’s coal-fired electricity-production capacity, especially if different companies carry out multiple plant retirements within a short time.

The agency estimated that consumer costs resulting from compliance could increase by up to 20 percent, without counting additional “potential” costs associated with needed investments.

Supporters of the Clean Power Plan have deployed their own analyses concluding the federal initiative will have multiple benefits for Texas and countering state officials’ conclusions.

The nonprofit CNA Corporation’s Institute for Public Research calculated it could help Texas conserve water resources by reducing power plants’ huge collective demand by up to 21 percent below their water consumption in 2012, while slashing emissions of conventional air pollutants along with CO2, the program’s explicit target.

Electricity costs would increase by 5 percent, but total electric-system costs would drop by 2 percent because new generating capacity could be avoided through efficiencies, CNA calculated.

Assessments like these by state agencies and the CNA Corporation looked at the impacts of a state-developed compliance plan.

If Texas or other states refuse to devise their own plans, the resulting federal plans are likely to target individual power plants with emission-reducing mandates, the EnergyWire news service reported last week. The New York Times reported that the final rules will let states that don’t draw up their own plans join multi-state groups that can set up “cap-and-trade” systems that would cap their overall emissions at a certain level and create markets for buying and selling emission credits in order to lower CO2 releases to that level.

Disclosure: The CNA Corporation report was funded by the Cynthia and George Mitchell Foundation, a funder of Texas Climate News. All of TCN’s editorial decisions are made independently, without direction or influence from our backers.