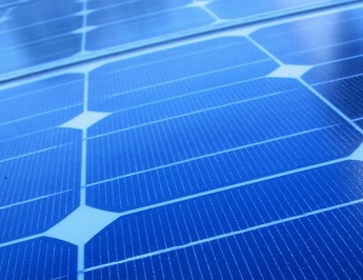 Humankind could be about to exchange one kind of energy crisis for another. The switch from the finite store of fossil fuels to renewable sources could involve a huge additional demand for the world’s equally finite store of metals and minerals.

Three French CRNS scientists – Olivier Vidal and Nicholas Arndt of the University of Grenoble and Bruno Goffé of Aix-Marseille University – issue the warning in Nature Geoscience.

They say that to match the power generated by fossil fuels or nuclear power stations, the construction of solar energy farms and wind turbines will gobble up 15 times more concrete, 90 times more aluminum and 50 times more iron, copper and glass. Right now wind and solar energy meet only about 1 percent of global demand; hydroelectricity meets about 7 percent.

This in turn would mean an annual increase in global production of these metals of from 5 percent to 18 percent for the next 40 years, and that would be in addition to the already accelerating demand for metals of all kinds in both the developed and the developing world

And, they say, right now 10 percent of the world’s energy budget is spent in digging up and processing mineral resources. Unless something astounding happens, this fraction will get larger as high quality ores become harder to find, and more difficult to extract.

This presents problems for Europe, for example. Europe is where the Industrial Revolution began more than 200 years ago. Europe now consumes more than 20 percent of the metals mined globally, but European mines produce only 1.5 percent of iron and aluminum, and 6 percent of the world’s copper.

“Humanity faces a tremendous challenge to make more rational use of the Earth’s non-renewable raw materials,” they conclude. “The energy transition to renewables can only work if all the resources are managed simultaneously, as part of a global, integral whole.”

In the same issue, Richard Herrington of the Natural History Museum in London addresses the same problem from a different perspective.

He argues that overall, metals and minerals are not in short supply, but their uneven distribution is likely to create political problems, and the competition for supplies already presents ethical problems, both from environmental and humanitarian points of view.

Platinum for instance is vital for catalytic converters and fuel cell technologies: 80 percent of the planet’s supply comes from just two mines in South Africa. More than 30 percent of the world’s copper comes from Chile. The world’s largest zinc mine is in the Alaskan Arctic wilderness, and shipments can only be delivered between July and October, because of the sea ice.

The political risks inherent in this uneven spread of mineral riches, he reasons, were clearly demonstrated during the oil crisis of the 1970s, when Middle East oil prices went up, and western economies went plunging down. So he too argues that there should be more attention to local mineral sources, including those in Europe.

“We must acknowledge and control the complexity of giant mining projects with their demands on infrastructure and environment. We need to work hard to understand any ethical issues with the provenance of new resources.

“Better ways of recycling valuable metals from discarded electronic equipment are required,” he argues. “And geoscientists need to undertake a thorough audit of the natural occurrences of mineral deposits that will feed our economies.”