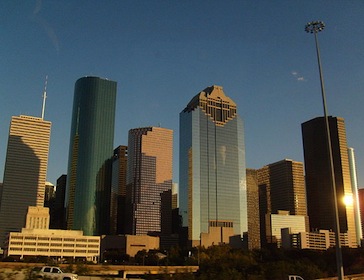 Catastrophic climate change may begin sooner than anyone expected ­­– and the first place to feel the heat could be a small but important city in Indonesia. By 2020, oceanographers and climate scientists warn, rising air temperatures around Manokwari in West Papua could trigger a new climate regime.

Camilo Mora and research colleagues at the University of Hawaii reported last week in the journal Nature that they looked at the question of when global warming would begin to alter local climates. And they admitted that they were shocked by the results of their calculations.

Weather is what happens every day – gentle rain, torrential rain, heat waves, cold snaps, and so on. Climate is the range and pattern of these turbulent events over a generation or so.

For more than two decades, climate scientists have been warning that increasing greenhouse gas emissions will change climate inexorably. Increasingly – one of the most recent cases reported was in August this year – researchers have warned that, by mid-century, the world could move into a regime in which, in some continental locations, even the coolest summer days will be hotter than the hottest days experienced now.

Such warnings are general: they define what will happen on average. But Mora and colleagues were concerned with specifics. So they used 39 climate models or computer simulations of climate change, plus climate records of observed change from 1860 to 2005, to compose a new map of future warming around the planet.

They considered variables such as precipitation, evaporation, ocean surface temperature and the chemistry (the pH) of the seas. And they made assumptions – one of which was that the world would go on burning natural gas, coal and oil, manufacturing cement, clearing forests and so on at an increasing rate.

Their calculations told them that, if that was so, then air temperatures worldwide would rise to force a new climate regime – that is, the climate pattern would shift continuously beyond the most extreme records experienced in the past 150 years. And the date for this tipping point would be 2047.

However, 2047 represents a mean – a date arrived at by defining the average. So some places will feel the big heat well ahead of 2047, while many others will be affected decades later.

The scientists therefore went for greater detail. Which is why Manokwari, a metropolitan area of fewer than 300,000 people, and home to 24 distinct tribal groups, each with its own language and culture, looks set to make history.

It will, according to the scientists’ calculations, start to experience climate change in just seven years from now. By 2020, the local climate will be consistently hotter, and the local rainfall patterns could alter.

Mora admitted: “The results shocked us. Regardless of the scenario, changes will be coming soon. Within my generation, whatever climate we were used to will be a thing of the past.”

Other tropical and subtropical cities will start to share the Manokwari experience a little later. Things will become increasingly uncomfortable in Lagos by 2029, in Mexico City by 2031, and Cairo by 2036. Moscow, which has already recorded unprecedented heat waves this century, will experience permanent change in 2063. Reykjavik will remain relatively untroubled until 2066.

[The study projected dates for climate-pattern shifts in three Texas cities – 2050 for Houston, 2058 for Austin and 2063 for Dallas.]

The finding, to an extent, upsets some expectations about the impact of global warming. For a quarter of a century, climate scientists have warned that the fastest changes will be in the Arctic, and the loss of sea ice has been dramatic.

But the tropics are home to the greatest concentrations of biodiversity – the coral reefs, rain forests and savannas – and also to the greatest numbers of the poorest people.

Tropical plants and animals are finely adapted to environmental conditions, and vulnerable to change; coral reefs and plants in particular can hardly migrate. Crop plants, too, are sensitive to extremes of heat, and so are water supplies. The implications are that at least a billion people – and possibly very many more – could find themselves increasingly short of food and water, and with ever greater strains on sanitation and health systems.

Swift and determined action to stabilize emissions could delay the tipping point and give more nations time to adapt, but the bad news is that such action could now only delay the mean date to 2069 – and the developing nations in the tropics would still be first in the firing line.

“Our results suggest that countries first impacted by unprecedented climates are the ones with the least capacity to respond,” said Ryan Longman, one of the co-authors of the study. “Ironically, these are countries that are least responsible for climate change in the first place.”