Texas power grid poised to be put to the test again 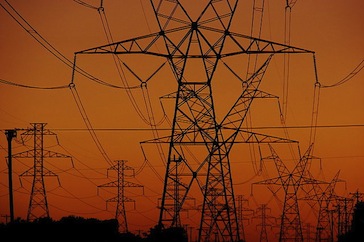 Temperatures in parts of Texas have started hitting the upper 90s, and they’re likely to stay above normal this summer, according to a forecast by federal climatologists.

That means another difficult summer for the Texas power grid. In a recent report, the North American Electric Reliability Corporation projected that the Texas grid will have the lowest percentage of power reserves this summer of any region of the country.

“Sustained extreme weather could be a threat to supply adequacy this summer,” the report stated.

The Electric Reliability Council of Texas, which operates the power grid, also expects summer conditions to be “tight” and will probably ask Texans to conserve power on some hot afternoons when air conditioners put extra strain on the grid. Rotating blackouts are a possibility, ERCOT says, if the summer becomes as hot as 2011, which is not expected.

The Texas grid has struggled to keep up with demand, especially on the hottest days of the year. The problem is fast-growing demand combined with few new power plants being built. According to the reliability corporation, ERCOT’s projected reserve margin this summer — defined as the amount of power available above and beyond the anticipated peak needs of the grid — is 12.88 percent. That’s below ERCOT’s target, which is 13.75 percent. Other parts of the country all show more than an 18 percent reserve margin, according to the reliability corporation report.

The Texas grid’s woes may continue next year, too. ERCOT said it has adequate reserves for next summer, helped by a few natural gas-fired power plants that should be operating by then.

However, in an interview last week, Kent Saathoff, an executive adviser to ERCOT, said that the economic growth forecast ERCOT used for its future projections “may well” need to be raised. ERCOT currently uses a “low-growth” economic forecast from Moody’s to make projections 10 years into the future. If higher economic growth occurs than ERCOT has projected, that means power demand will be higher and ERCOT, once again, may not have adequate reserves.

Longer term, ERCOT’s reserve margins are projected to fall still further behind, but Saathoff noted that natural gas-fired power plants can get built “relatively quickly,” in two to three years.

“Just because we don’t show some of those plants for 2015-2016 doesn’t necessarily mean that those plants won’t show up,” he said.

Environmentalists say that ERCOT should move more rapidly to incorporate programs that cut peak-time power demand. For example, home electric systems can be set up to cycle air conditioners or pool pumps on and off, thus reducing power use when the grid is strained.

Texas “lags far behind” other states in such programs, according to Colin Meehan of the Environmental Defense Fund. ERCOT says it has some pilots programs in place, and some large companies already participate in such programs.

The Public Utility Commission of Texas, which oversees the grid, has also been working on ERCOT’s power problem. One of its main moves so far has been to increase the maximum amount of money that power companies can get from selling their power. The idea is to give the companies a stronger incentive to build more power plants, though consumer advocates say this amounts to a giveaway to the companies at ratepayers’ expense — without any guarantees that the companies will build more plants.

The commission is also considering broader changes to the structure of the Texas power market and the way it incentivizes companies to offer power on reserve. A workshop on the subject is scheduled in Austin for June 27.

As for the ongoing drought, ERCOT said this month in a release: “Drought conditions are not expected to create problems for power plant operations over the summer months. However, if dry conditions persist, some plants may experience operational challenges later in the year.”

This article originally appeared in The Texas Tribune at http://www.texastribune.org/2013/05/21/texas-power-grid-faces-strains-summer-and-beyond/. Based in Austin, the Tribune is a non-partisan, non-profit media organization that promotes civic engagement and discourse on public policy, politics, government and other matters of statewide concern.