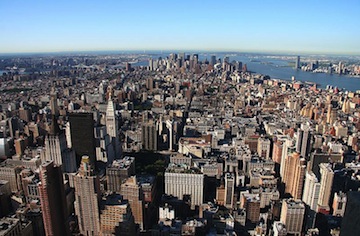 LONDON – Some like it hot but most like it not: higher temperatures and rising humidity could seriously affect the capacity to work in a future world, according to scientists at Princeton University.

John Dunne and colleagues from the National Oceanic and Atmospheric Administration looked at data from recent decades and projections of future temperature rise.

They report in Nature Climate Change that they estimate that environmental heat stress has reduced labor capacity to 90 percent in the peak months in the last few decades. By 2050, they estimate, this capacity could be reduced to 80 percent as workers gasp and perspire in the heat.

If carbon dioxide emissions continue at the highest projection, then by 2200 in the hottest months, future humans will struggle to deliver even 40 percent of their present productivity. For those people who tend to swelter in high summer right now, it will eventually be just far too hot to trot.

“Under the highest scenario considered, by 2100 much of the tropics and mid-latitudes experience months of extreme heat stress, such that heat stress in Washington, D.C. becomes higher than present-day New Orleans,” they report.

With all such projections, there are necessary caveats. The authors used an index known as Wet Bulb Globe Temperature, a calculation involving not just temperature but humidity, wind chill, sunlight and infra-red radiation: this is used by the US military and by sports scientists to calculate the effect of temperature conditions on human performance, and to indicate the potential hazards of heat stroke and heat exhaustion.

They took no account of future population changes, climate warming patterns, technological or social shifts or any of the other variables that would affect real outcomes: they just looked at the simple relationship between projected rising temperature and humidity and known human performance under stressful conditions.

They also considered only the case of healthy people accustomed to their local climate. People can perform well in great heat and humidity, but for relatively short periods: if such conditions are sustained, even the healthiest and best adapted begin to suffer.

The old, the ill, the very young and the inexperienced, of course, are the most likely to sicken and die in conditions of extreme heat.

The scientists conclude that their projections to 2200, under the highest carbon dioxide emission scenario, would expose “most of the present population distribution to extreme stress heat in peak months, prohibit any safe labour in large areas, and expose mid-latitude regions such as the US east of the Rockies to environmental heat stress experienced only by the most extremely hot regions of the present day.”