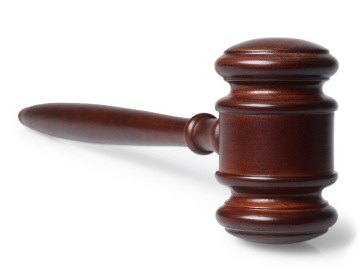 Texas – and its courthouse allies among industries and other states – took it on the chin Tuesday in a stinging rebuke from a federal appeals court in Washington, which unanimously rejected their challenges against the Environmental Protection Agency’s regulation of heat-trapping, climate-changing greenhouse gases.

Texas, along with Virginia, was a leader of a 14-state group with litigation challenging the rules. Gov. Rick Perry and Attorney General Greg Abbott, both Republicans, have been strongly outspoken in their criticism of the EPA’s climate-protection actions, saying they would badly damage the state’s economy.

However, the U.S. District Court of Appeals for the District of Columbia Circuit, in a ruling by a chief judge appointed by Republican Ronald Reagan and two judges appointed by Democrat Bill Clinton, declared the EPA’s “endangerment finding” that greenhouse gases threaten human health and the environment and its subsequent regulations to limit emissions of those gases from vehicles “are neither arbitrary nor capricious,” as the challengers claimed.

The judges likewise ruled that the EPA’s challenged interpretation of the Clean Air Act – that the law authorizes the agency’s current regulation of greenhouse gases – “is unambiguously correct,” and also that none of the petitioners had standing to challenge associated EPA rules that focus its regulatory effort on major greenhouse-gas sources.

A central element of Texas’ own attack on the EPA’s climate initiatives was the allegation, echoing climate-change skeptics, that the agency had, in Abbot’s words, “outsourced the scientific basis for its greenhouse gas regulation” to the Intergovernmental Panel on Climate Change (IPCC). The work of that United Nations-sponsored body involves participation of hundreds of scientists from the U.S. and other countries.

The judges’ ruling on such claims that the EPA had thus “delegated” its scientific review to others was withering, calling it “little more than a semantic trick” and oblivious to “how science works.”

State and Industry Petitioners assert that EPA improperly “delegated” its judgment to the IPCC, USGCRP [U.S. Global Change Research Program] and NRC [National Research Council] by relying on these assessments of climate-change science. … This argument is little more than a semantic trick. EPA did not delegate, explicitly or otherwise, any decision-making to any of those entities. EPA simply did here what it and other decision-makers often must do to make a science-based judgment: it sought out and reviewed existing scientific evidence to determine whether a particular finding was warranted. It makes no difference that much of the scientific evidence in large part consisted of “syntheses” of individual studies and research. Even individual studies and research papers often synthesize past work in an area and then build upon it. This is how science works. EPA is not required to re-prove the existence of the atom every time it approaches a scientific question.

Addressing Texas’ and other challengers’ arguments against the IPCC’s reliability as a source of valid scientific conclusions, the judges said:

State Petitioners point out that some studies the IPCC referenced in its assessment were not peer-reviewed, but they ignore the fact that (1) the IPCC assessment relied on around 18,000 studies that were peer-reviewed, and (2) the IPCC’s report development procedures expressly permitted the inclusion in the assessment of some non-peer-reviewed studies (“gray” literature).

Moreover, as EPA determined, the limited inaccurate information developed from the gray literature does not appear sufficient to undermine the substantial overall evidentiary support for the Endangerment Finding. State Petitioners have not, as they assert, uncovered a “pattern” of flawed science. Only two of the errors they point out seem to be errors at all, and EPA relied on neither in making the Endangerment Finding.

The judges were similarly robust in their disagreement with Texas’ argument that EPA officials should have spelled out precisely which greenhouse-gas concentrations, rate of climate change or climate-change impacts it deems to be unsafe:

According to Texas, without defining these thresholds and distinguishing “safe” climate change from climate change that endangers, EPA’s Endangerment Finding is just a “subjective conviction.”

In its essence, Texas’s call for quantification of the endangerment is no more than a specialized version of Industry Petitioners’ claim that the scientific record contains too much uncertainty to find endangerment. EPA relied on a substantial record of empirical data and scientific evidence, making many specific and often quantitative findings regarding the impacts of greenhouse gases on climate change and the effects of climate change on public health and welfare. Its failure to distill this ocean of evidence into a specific number at which greenhouse gases cause “dangerous” climate change is a function of the precautionary thrust of the CAA [Clean Air Act] and the multivariate and sometimes uncertain nature of climate science, not a sign of arbitrary or capricious decision-making.

The Associated Press reported that Texas officials may appeal the appellate ruling to the Supreme Court. The AP quoted Abbott as saying that the Reagan and Clinton appointees on the appeals court had “failed to rein in the unelected bureaucrats at the agency who are holding our country’s energy independence and fragile economy hostage to a radical environmental agenda.”

The Texas office of the Environmental Defense Fund, an advocacy group that joined 15 states and other organizations in intervening in support of the EPA, posted a statement on its Texas Clean Air Matters Blog that asserted the court had “thoroughly rebuked” Texas and others “who attack science and obstruct progress in reducing climate pollution”

Dallas Morning News reporter Randy Lee Loftis, writing on that newspaper’s “The Scoop Blog,” noted that while the court had “rejected every challenge to the rules,” Texas and other petitioners “will probably take the case to the Supreme Court,” which had ruled that the EPA has the authority to issue greenhouse-gas regulations in 2007.

Loftis identified “the big questions” involved in the litigation and summed up its current status this way:

Is global warming science real and does the Clean Air Act govern emissions of greenhouse gases?

For now, the courts’ answer is an unqualified yes.