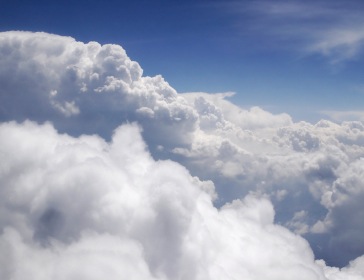 This article was originally published by The Daily Climate, a non-profit, non-partisan news site.

New findings published this month appear to undermine a controversial study – oft-cited by those who downplay the human impacts of climate change – that claimed variations in cloud cover are driving temperature changes across the globe.

The latest analysis confirms – as most atmospheric scientists have long held – that the reverse is true: Clouds change in response to temperature changes. There is no evidence clouds can cause meaningful climate change, concluded the report’s author, Andrew Dessler, an atmospheric scientist at Texas A&M University. “Suggestions that significant revisions to mainstream climate science are required are therefore not supported,” he wrote.

Dessler’s findings were the third blow in less than a week to the research of University of Alabama, Huntsville, climatologist Roy Spencer.

Five days earlier, the editor at the journal that published Spencer’s paper resigned, stating that the paper “should … not have been published.”

And the day before that, a separate study led by Lawrence Livermore National Laboratory researcher Benjamin Santer purported to disprove earlier Spencer claims that climate models overstate observed warming and thus are unreliable predictors of the future.

Myriad atmospheric events combine to drive weather and climate. That complexity has long stymied researchers trying to predict the impact that changes to the atmospheric system – notably the addition of billions of tons of greenhouse gases from industrial activity – will have on the Earth’s climate.

Spencer, a scientist whose views and findings often put him outside the consensus on climate change, co-authored a report in July that concluded the influence of those many variables are too strong to reliably attribute any climate change to humans.

That paper, published in the two-year-old – and relatively obscure – journal Remote Sensing, explored the interaction between changes in ocean heat, cloud cover and surface temperatures. It found that computer models could not adequately explain changes in temperature observed over the past 10 years but – if certain key assumptions are made and a simple climate model is used – random changes in cloud cover could drive temperature changes enough to account for the observations.

The results, widely cited by those who claim the science on the human influence on climate change remains unsettled, cut against the basic tenets of atmospheric science, Dessler said in an interview.

But Spencer’s key assumptions were wrong, Dessler added. And while Spencer and his co-author, University of Alabama scientist Danny Braswell, claimed to have examined 14 climate models, they presented just the results of the six models showing the biggest mismatch with reality.

“You would think, if you have a scientific history of being wrong on so many issues, that you would have a little bit of humility before claiming you’ve overturned scientific evidence yet again,” Dessler said.

The oceans are a primary driver of weather worldwide, responsible for periodic weather patterns such as El Niño and La Niña, known collectively as “ENSO,” that bring extreme weather to many parts of the globe.

Dessler’s research, published in the journal Geophysical Research Letters [PDF], looked at 10 years’ worth of data from the sky and the sea. That data, he said, show the ocean’s influence on the Earth’s climate to be 20 times larger than any influence due to cloud cover changes. Spencer and Braswell assumed the ratio was closer to 0.5, Dessler said.

The bottom line, Dessler added, is that energy trapped by clouds can only explain a small part of the temperature changes seen from 2000 to 2010.

“It’s like someone saying Newton is wrong,” Dessler said. “ENSO is not caused by clouds.”

‘How he got that number’

Spencer, in an interview, said he had not had a chance to closely review Dessler’s work. “It looks like he’s done something that isn’t obviously wrong,” he said of the research. “He gets a very different answer from us. We need to look into why that is.”

Spencer agreed that if Dessler’s figures are correct, “then he is correct in his conclusion.”

But, he cautioned, “the debate is how he got that number. He has a novel way of looking at the problem. We need to look into it.”

Those are not the only problems scientists are finding with Spencer’s research.

In this case, Spencer “cherry picked” the data by using short, selective time-frames, he said.

“You wouldn’t infer from minute-by-minute changes in the Dow (Jones Industrial Average) anything meaningful about the long-term, yearly behavior of the market,” Santer added. “It’s silly to look at an individual 10-year record and make inferences about the presence or absence of human impact on climate.”

Clouds, science and the media

Spencer has commented at greater length on Dessler’s study on his personal blog. For instance, in a post headlined “The good, the bad and the ugly: My initial comments on the new Dessler 2011 study,” he wrote:

There are a few positive things in this new paper which make me feel like we are at least beginning to talk the same language in this debate (part of The Good). But, I believe I can already demonstrate some of The Bad, for example, showing Dessler is off by about a factor of 10 in one of his central calculations.

Spencer also has posted parts of an email exchange between him and Dessler on his blog.

The paper of Spencer’s that Dessler rebutted in his study received media attention such as a commentary column at Forbes.com. Written by a senior fellow of the libertarian Heartland Institute, which lists Spencer as a Heartland Expert, the Forbes column was headlined, “New NASA data blow gaping hole in global warming alarmism.”

The web publication Ars Technica, which covers technology and science, was among those examining Spencer’s paper in the context of the news coverage it subsequently generated. Reporter John Timmer, noting that claims similar to those in the Forbes piece were made on several talk shows, observed:

If a person was exposed only to the claims being made in these outlets, it would be easy to conclude that Spencer had struck a blow, perhaps a fatal one, against the mainstream view of the climate.

To me, the real story here is that, every month, dozens if not hundreds of papers are published that are in agreement with the mainstream theory of climate science. But, one or two skeptical papers get published each year, and these are then trumpeted by sympathetic media outlets as if they’d discovered fire. These papers are quickly debunked, as the suggestions [about clouds] by [Massachusetts Institute of Technology atmospheric physicist Richard] Lindzen and Spencer have been, but this does not get the same traction in the media. It therefore appears to the general public that there’s a debate that really doesn’t exist.